The Political Suicide of the Israeli Elite

Home » The Political Suicide of the Israeli Elite 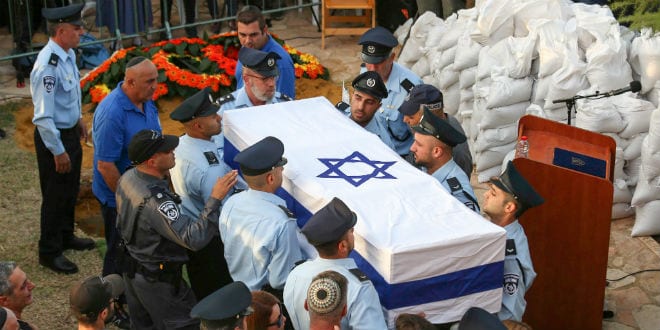 This week marks the 13th anniversary of the suicide of Dudu Topaz. The Israeli entertainer killed himself in prison on Aug. 20, 2009, while awaiting trial for hiring thugs to beat up the prominent media figures he blamed for the decline of his career.

Until his tragic, tabloid-fodder end, Topaz had been a household name in the general public for his popular TV shows, and a darling of the elite for being on the politically correct side of the ideological spectrum. Nearly three decades before he was found dead in his jail cell, Topaz made an infamous speech that quietly boosted his reputation in the salons of the Hebrew chattering class.

At a rally for the Shimon Peres-led Alignment bloc (today’s Labor Party) ahead of the 1981 Knesset elections, Topaz took to the stage and blasted voters of the rival Likud Party for being chachchachim (the derogatory slang term at the time for Israelis of North African origin).

Claiming that while members of his own camp were serving in the top combat units of the Israel Defense Forces, the riff-raff in Likud were only a bunch of shin gimmelim— low-ranking soldiers whose job it is to guard the entrance to military bases. His nauseating remarks didn’t hamper his meteoric rise, however. On the contrary, they became almost like a badge of honor in certain circles, particularly those made up of people who considered his programs on the small screen to be a bit too tacky for their taste.

As it happens, Likud won the election in question because the nationalists outnumbered the peaceniks. The parallel to today is striking.

One difference between then and now is that the head of Likud was Menachem Begin, not Benjamin “Bibi” Netanyahu. Ironically, both leftists and disgruntled former Likudniks love to say piously that the party under Bibi has strayed from the dignity and values of yesteryear.

To justify their false nostalgia, they point to particular non-Ashkenazi Likud politicians, such as Dudi Amsalem (who placed high in the party primaries on Wednesday), without actually using ethnic slurs the way that Topaz had done.

Ironically, in the lead-up to the 1981 election, the Israel Police were on high alert to counter what it said was the most violent campaign in the country’s history, caused by political polarization. And Netanyahu was nowhere on the scene.

Bibi did become prime minister a few months before Topaz took revenge on all the media personalities, including his agent and executives in the Second Authority for Radio and Television who were involved in the cancelation of his show and rejection of ideas for a new one.

While the hitmen he paid were out pummeling these well-known professionals, Topaz was promoting the children’s book he’d just published. Judging by the throngs lining up to have him sign their newly purchased copies, it was on its way to best-sellerdom.

But this kind of publicity wasn’t sufficient to soothe his ego or sate his hunger to retain his mega-celebrity status. So, instead of merely wallowing, he resorted to physical assaults—first against those he faulted for his fading stardom and ultimately against himself.

Naturally, his case was the focus of nationwide attention for weeks, with pundits weighing in regularly on every aspect of the horror. The most striking thing about the commentary, though, was its common underlying theme: that Topaz was not an individual with free will or deep emotional problems, but rather a symbol and a product of a sick society and the “occupation.”

In a piece in Ma’ariv, for example, Ronen Tal wrote that Topaz’s victims “didn’t deserve to get beaten up, but we live in a beastly country, and they have a part in its interior decorating.”

This dim portrayal of the Jewish state stems from the very type of cultural disapproval that was expressed by Topaz in relation to the chachchachim and felt by Israel’s elites since Begin rose to the premiership in 1977. It is the reason that Likud is the largest single party in parliament.

Let Topaz’s story serve as a reminder of where the nation’s true “polarization” lies.