Champion the orphan and the downtrodden, that men who are of the earth tyrannize no more. 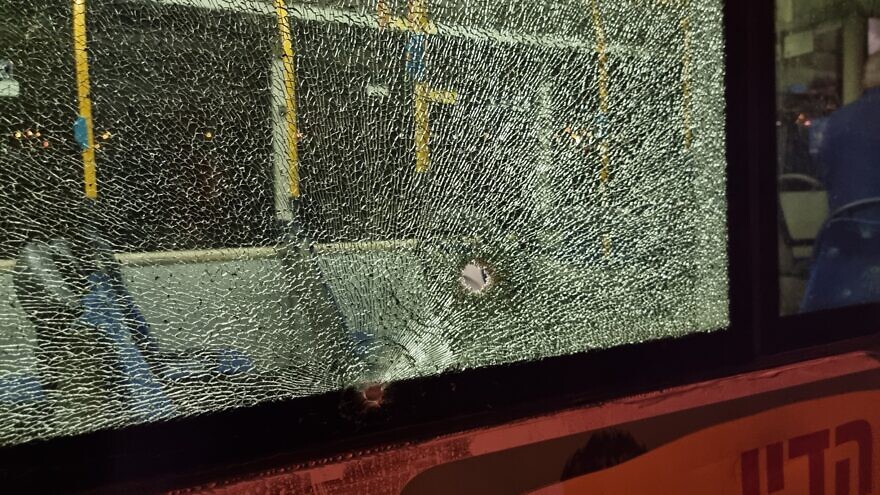 The terrorist who wounded eight people near Jerusalem’s Old City on Sunday morning was a convicted criminal who had been released five years into an eight-year sentence due to good behavior, according to Israeli media reports.

Amir Sidawi chose the bus station on Ma’ale HaShalom to commit the attack because no security cameras were installed there, Channel 12 reported. After opening fire at a bus and passersby there, he fled to a cemetery in nearby Silwan, where he left his cellphone. He requested help from a family in the neighborhood but was refused, according to the report. He then hid in a crate aboard a truck on its way to Beit VeGan, a neighborhood in southwest Jerusalem, where he turned himself in, according to Channel 12.

According to Ynet, he then took a taxi to a nearby police station. He left the weapon used in the attack on the floor of the taxi, according to the report.

He told police his motivation for the attack was “despair of life.”

During his interrogation, it emerged that Sidawi had been sentenced to eight years in jail for various violent offenses, including killing a man in an inter-clan conflict. The weapon used in the shooting attack on a bus near Jerusalem’s Old City, Aug. 14, 2022. Credit: Israel Police Spokesperson’s Office.

However, Sidawi was released after only five years, for good behavior and for participating in an educational and treatment program at the prison, Channel 12 reported.

The Israel Police opposed his early release because of the severity of his crime and because of its assessment that the clan conflict in which he had been involved hadn’t ended.

A year after his release, Sidawi requested that certain limitations imposed on him at his release be lifted. Police again protested, however, the court granted his request. Three months ago, the limitations were removed, according to the report.

Of the eight victims in Sunday’s shooting, the emergency medical service Hatzalah reported on Monday that the condition of the two in serious condition had improved overnight and that their lives were no longer in danger.

The condition of a premature infant delivered via emergency C-section of a 35-year-old woman who suffered abdominal injuries during the attack had also stabilized and was improving, Hatzalah reported.