The Hot Pagan Nights of August 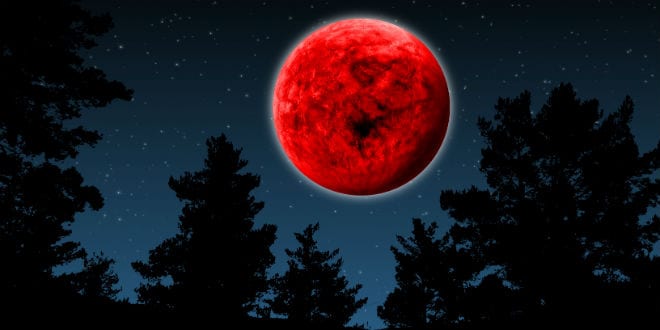 “On summer nights, star of stars, Orion’s Dog they call it, brightest, of all, but an evil portent, bringing heat, and fevers to suffering humanity,” Homer lyrically described it in The Iliad.

The ancient Greeks believed that heat waves were caused by heat from Sirius: the dog star. We postmoderns don’t believe in any silly superstitious nonsense like that knowing all too well that the ‘dog days of summer’ are caused by Styrofoam containers and a lack of carbon taxes.

To bring attention to this urgent crisis, the Spanish city of Seville, the Spanish Office for Climate Change and the Atlantic Council’s Adrienne Arsht-Rockefeller Foundation Resilience Center, decided to start naming heat waves. This one was named “Zoe”, which was how assimilated Alexandrian Jews in Egypt rendered “Chava” or “Eve”: meaning the mother of all life.

Postmoderns are also too smart to believe in the Bible or the story of G-d creating the world. They know that the world emerged accidentally out of chaos and is always on the verge of being destroyed by mankind. Instead a foundation under the aegis of CIA officials, named after a leading oilman and the widow of JFK’s premier opposition researcher will name the heat.

To pagans, the minutiae of the natural world, heat and cold, the position of the stars, were the revealed religion that they could experience. Postmodern pagans feel the same way. Global warming is the old pagan climate religions, the worship of rain and sun, tree and wave, animal and earth, not out of a desperation to survive, but a spiritual void in a culture that has lost its moral capacity.

Naming the heat and blaming it on man’s sinful refusal to appease the natural forces by abandoning his technology is a postmodern paganism that sees summer heat as an ill portent. What we lack in the arts of a Homer, we more than make up for in a panicked bureaucracy.

According to the European Union’s Copernicus Climate Change Service, every year is the warmest year on record and this is no exception though one might query the hippos whose skeletons were found in the Thames and the lions who roamed where London now stands, the remains of elephants have been found in Seville, and giraffes lived in Italy long before Caesar brought one over and the Romans took to eating the long necked creatures as a delicacy.

Europe tried to stop global warming by abandoning its domestic energy capabilities, turning to solar and wind energy, and when that failed, to Russian gas delivered through Ukrainian pipelines. The resulting war between the two countries has now lasted over 150 days and one can only imagine how much heat the destruction of cities and the endless bombing has unleashed.

One of the things that the ancient Greeks understood that the modern greeks don’t is hubris.

Much has been made of ‘Zoe’ giving Seville whopping 110 degree temperatures, or what Arizonans call mild summer weather, but the intemperate Spanish city hit 116 in August 1946, and 123.8 in 1876. The latter, like most temperature records made before Earth Day, has been withdrawn for its heretical implication that there were any hot days before the advent of Al Gore.

Weather is as much an art as science. It has objective measurements, but subjective experiences.

“This is a bad country, this America, where you always have to drink, either to get warm, or to get cold,” a Hessian mercenary fighting against Americans during the War of Independence complained.

A more contemporary European visitor, French Ambassador Philippe Etienne, arrived recently in Alaska and began by opining, “We had just, in Europe, two heat waves already this summer… So it’s really important for all of us in the world, reaching our goals, limiting the global warming.”

If you’re going to limit global warming, Alaska would be the place to start.

Back in Europe, the Globe Theater, which has gone both woke and broke, marked Earth Day with “Shakespeare and Climate Emergency”, examining the works of the Bard through climate panic, or the other way around. We are told however that Shakespeare “would have had no conception of the scientific link between emissions and climate change.”

That seems unlikely considering that he wrote of “a tale told by an idiot, full of sound and fury, signifying nothing.” Shakespeare’s monarch was not apt to spend billions paying researchers to claim that the sky is falling unless everyone takes to biking to work and eating soy patties.

But apocalyptic scams were nothing new even in his time.

That was the era when the Prophetia Merlini or prophecies of Merlin, mostly forgotten today, were still seen by some as predicting the future. “Oak trees will burn in the forests and acorns will grow on the branches of lindens. The Severn estuary will flow through seven channels and the river Usk will boil for seven months. The heat will kill its fish and snakes will take their place.”

“Sometimes he angers me with telling me of the moldwarp and the ant, of the dreamer Merlin and his prophecies,” Shakespeare comments in Henry VI. “And such a deal of skimble skamble stuff.” The skimble skamble stuff of dreams is all around us now. In the hot noonday sun where only mad dogs and Englishmen walk, climate prophets cry, “Doom” and do BBC interviews.

Bill McGuire, a British academic who blogs for the eco-terrorist group Extinction Rebellion who have taken to glueing themselves to things like Oxford Circus, the Science Museum and the European Commission headquarters, has a new book out, “Hothouse Earth”.

“There is now no chance of dodging a grim future of perilous all-pervasive, climate breakdown,” he declares in a book that will be out in paperback for only $16.95.

This follows up on his 2002 book, “A Guide to the End of the World” looking at the “frightful prospects that await us in the 21st century” and “Surviving Armageddon” from 2005 about “massive earthquakes and super-eruptions, collision with vast boulders from space.”

Now this is the sort of skimble-skamble stuff to set off idiots gluing themselves to things.

“This is a call to arms. So if you feel the need to glue yourself to a motorway or blockade an oil refinery, do it. Drive an electric car or, even better, use public transport, walk or cycle. Switch to a green energy tariff; eat less meat,” McGuire raves.

Notably he leaves off suggestions about environmentalist nutters gluing themselves to bookstores selling his book or interrupting his speaking engagements the way that they seem to have taken to gluing themselves to classical works of art. He urges fans to order his book at local bookstores and kill some trees and emit some fumes, instead of buying it on Kindle.

The end is always near. And from the earliest literature of mankind, it makes for good book deals. Zoe will be the first of the named heat waves sponsored by the Rockefeller Foundation. Any ambassadors from Paris or barbers from Seville who fly to Alaska will be deemed climate refugees and allowed to move into igloos. The heat waves of summer will give way to the storms of the fall and the snowfalls of winter. And all will be heralded as climate change.

People with nothing to believe in must turn to something. They find ill omens and portents, conspiracy theories and rumors, they bow down and worship the earth and the sun.

But as Shakespeare wrote, “The day is hot, and the weather, and the wars, and the King, and the Dukes; it is no time to discourse.”