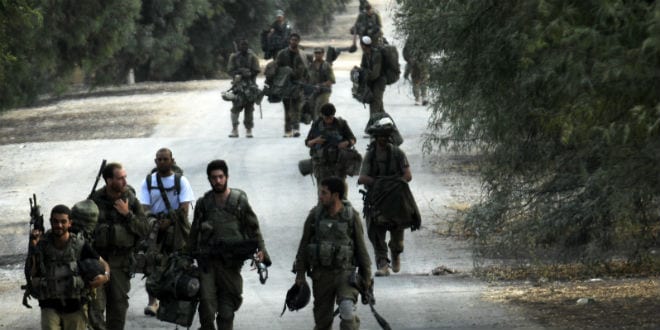 This week, Israel undertook Operation Breaking Dawn, taking out Palestinian Islamic Jihad (PIJ) terrorist leaders and cells engaged in threats of eminent attack. Israel reported that most if not all of the top PIJ leadership has been eliminated. Now there’s a cease fire, one of many (possibly thousands) that have been negotiated since Israel declared independence in 1948.

During the operation, Israel had many achievements.  It released videos showing how it avoided attacking the most senior terrorist leaders because children and other civilians were in the area. “Abort, abort, abort” is heard in videos between pilots and operators on the ground. Eventually when the coast was clear, and it was safe (for civilians, not the terrorists) Israel acted successfully.

Regarding protecting children, Saturday night, terrorists reported that an Israeli strike had killed several people including children. Israel released video of the barrage of rockets that was fired in that section of Gaza at that time, sophisticatedly following each rocket, and showing one falling short and landing exactly where the civilians were sadly killed. Israel also affirmed the time of this incident and that it had no operations there within hours of the actual incident.

It’s no surprise that terrorists and anti-Israel news sources reported that Israel was to blame for the death of the civilians, including the children.  However, because Israel responded decisively and quickly, many new sources around the world reported the truth that it was a terrorist rocket that killed their own civilians.

It’s significant that Hamas did not enter the fighting. Had Hamas done so, things would likely have escalated further. Hamas was content to see the fighting between Israel and PIJ, a competitive Iranian-controlled terror group, to continue, and ensure that none of its own leaders, terrorists, weapons, or infrastructure were targeted and eliminated by Israel.

It was in Hamas’ interest to have Israel eliminate PIJ leaders and weaken their overall infrastructure, so Hamas comes out stronger, unchallenged in its iron grip of Gaza. On that level, without firing a single rocket, Hamas also came out a winner. It doesn’t mean Hamas has reformed from the terror organization it is. It just didn’t want to have the loses PIJ suffered, or that it did in the 11-day May 2021 fighting and from which it is still recovering.

From an Israeli perspective, that Hamas did not enter the fighting showed a unique ability to further divide the terror groups. Despite a public face of solidarity and goal to destroy Israel, the PLO which controls the Palestinian Authority, Hamas, Islamic Jihad, and other terror groups are all in conflict with one another. They’d never come out and state it in public but Israel’s weakening of PIJ served the others’ interests.

While there were protests of Israel actions throughout the Arab world, there was limited criticism coming from official sources which also indicates an awareness of lack of substantial support for “the Palestinians.” Another significant “win” for Israel.

There were protests within Israel because nearly one million people were kept in lockdown for days on end, not just during the operation but preceding it due to threats of imminent terrorist actions. These are likely the actions that Israeli intelligence used to track down and eliminate the terrorists who were planning to carry them out, using antitank missiles on civilian targets, at the beginning of the operation.

Despite the very significant disruption to life and business in southern Israel, Israel had great reason to celebrate its successes, not just of its targeted attacks and elimination of terrorists, but also a 96% rate of destroying incoming rockets fired at Israel through the Iron Dome. No Israeli lives were lost, and injuries were minimal. Following the cease-fire, President Biden articulated that he and the United States are “proud” to support the Iron Dome which saves lives. This is particularly significant because of the extremist anti-Israel wing of the Democratic party which would seek to prevent Israel from having any defensive military capabilities such as the Iron Dome.

It is also a vastly different position than that of his former boss, President Obama, who squeezed Israel into a cease fire in the 2014 war by using the FAA to ban flights to Israel due to rockets from Gaza landing within a mile of Ben Gurion Airport. Obama also blocked Israel from receiving precision Hellfire missiles.  As a result, Israel was forced to use other less accurate missiles, with greater risk of causing wider collateral damage and injury.  In a twisted way, he forced Israel to be less accurate in defending itself, and open to global criticism for doing so.

It cannot be overstated that without the Iron Dome, not only would countless Israeli lives be at risk, leading to a much longer and deadlier operation this time and in previous battles with the terrorists. It’s unimaginable how many Israelis would have been killed and injured without it. But it must be stated that countless Palestinian Arab lives have also been saved simply by the success rate of Israel protecting its own citizens, precluding a wider escalation, despite calls to turn Gaza into the world’s largest parking lot each time violence like this erupts.

It’s unthinkable that this is the norm, that Israel has to invest billions of dollars to defend itself from barrages of hundreds of rockets at a time, thousands cumulatively over just a few days, in order to keep its citizens safe. It’s hard to imagine any country investing to do so, much less not striking back in ways that are punishing the people who shoot the rockets.

One hopes that military actions are not calculated due to potential political considerations. However, in Israel, under three months away from our fifth national election in just over three years, one has to measure the implication of any military action on the election. Incumbent Prime Minister Yair Lapid, known to be much more left-wing than his immediate predecessors, demonstrated a clear resolve to have a decisive military success. Immediate polling after the recent operation showed a slight bump in support for Lapid due to the perception of Israel’s success, that neither of his right-wing predecessors carried out with such tactical ability, and not drawing in Israel into a deeper, bloodier, and deadlier mess.

The fact that this operation indeed appears to have fulfilled its objectives, and there was limited damage on the Israeli side, is definitely something that Lapid will carry into elections with a success and even be able to draw some more right of center voters. Until the next operation and cease fire.

The Genesis 123 Foundation has established a fund and inviting the public to join to help Israeli children suffering trauma, economic recovery, and civilian security.