He shall be a wild ass of a man; His hand against everyone, And everyone's hand against him; He shall dwell alongside of all his kinsmen.” 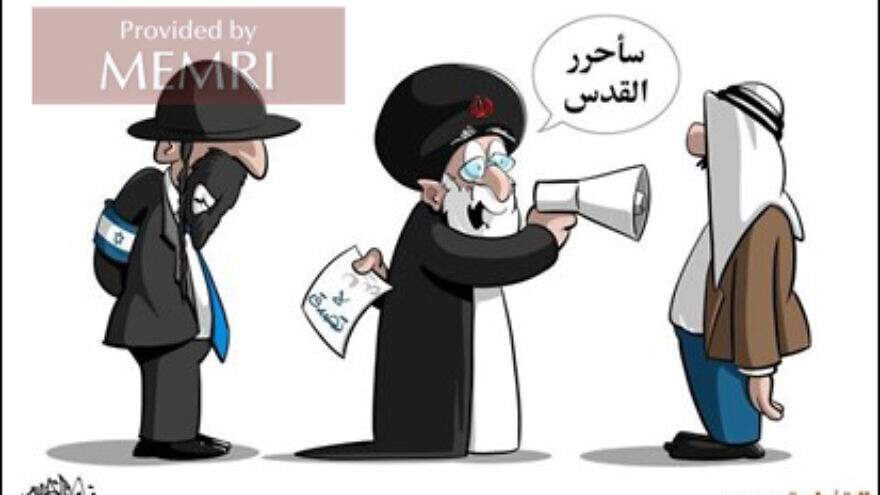 Following the military conflict between the Palestinian Islamic Jihad (PIJ) and Israel from Aug. 5-7, criticism was leveled in Saudi Arabia and the United Arab Emirates against the terror organization entrenched in the Gaza Strip, appearing in both the press and social media.

According to a report by MEMRI, critics claimed, among other things, that the PIJ is an Iranian proxy organization acting for the benefit of Iranian interests and thus inflicting suffering on Gaza residents. Further, they argued that the conflict erupted due to Iran’s desire to expedite nuclear talks in Vienna. One writer criticized the launch of Iranian missiles from within the civilian population in Gaza.

Elements in Saudi Arabia and the UAE also mocked recent statements by commanders of Iran’s Islamic Revolutionary Guard Corps (IRGC) warning that Israel would pay a high price for its crimes in Gaza and that Hezbollah would strike Israel hard when the time was right. They questioned why Iran was not following through on its threats.

In a lengthy front-page report on Sunday, the London-based UAE daily Al-Arab criticized the PIJ, writing that “Gaza again became an arena for the settling of accounts between Iran and Israel, when the Palestinian citizens are the ones paying the price.”

Saudi journalist Tariq Al-Homayed mocked Iran and PIJ in his Sunday column in the Al-Sharq Al-Awsat daily: “The question addressed here to the Qods Force commander and all members of the mendacious resistance is: When will ‘the time be right’ to remove Israel from the map and the globe … and why not [do it] now in response to Israel’s focused attack on Gaza, especially against the [Palestinian] Islamic Jihad movement? … ”