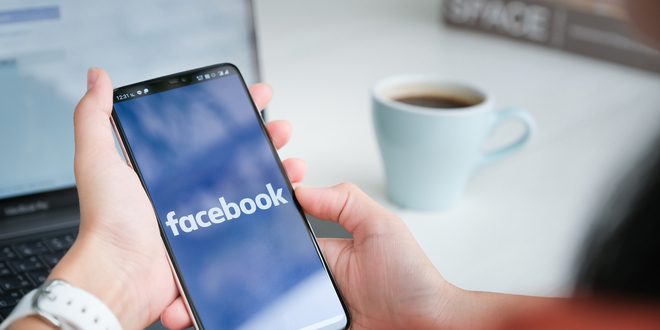 Facebook is now censoring posts and videos about the Biden recession by using partisan fact-checks from left-leaning outlets to wrongly condemn them as “misinformation”.

The fact checks rely on the same argument being propounded by the Biden administration and its media allies that only the National Bureau of Economic Research and, more specifically, its Business Cycle Dating Committee, can officially decide if there’s a recession.

And anyone who isn’t on the Committee talking about a recession is spreading “misinformation”.

That’s an obvious problem because 2 out of 3 American voters, including even 53% of Democrats, believe that there’s a recession. That’s a whole lot of people to censor.

Totalitarian Communist regimes in Russia and China have criminalized discussions about domestic economic problems, and the American Left is trying to deploy its propaganda machine of partisan media outlets, fact checkers and Big Tech monopolies to duplicate their efforts.

Declaring that only a small group of “experts” is allowed to call it a recession despite the fact that two consecutive quarters of a shrinking economy is the definition of a recession is a gatekeeping fallacy.

And the experts are hardly any more objective than the fact checkers citing them.

Peter Blair Henry, the current vice chair of the National Bureau of Economic Research, was the head of the Obama campaign’s economics advisory team and then served on his transition team. And Henry has promoted Biden’s disastrous inflationary “Build Back Better” plan.

Of the eight economists on the Business Cycle Dating Committee, the team that the White House and the media insist are the only ones who get to decide if it’s a recession, several held posts in the Obama administration, and others were clearly aligned with the Democrats.

Christina and David Romer, a husband and wife team, already an innate conflict of interest, were described as “staunch Obama supporters” in an IMF profile. Romer had provided “briefing memos” to Austan Goolsbee, Obama’s radical economic adviser, during the campaign, and she went on to chair Obama’s Council of Economic Advisers. In that role, she aggressively pushed for an even bigger “stimulus package” than the one that damaged the economy under Obama.

Robert J. Gordon compared Trump to Hitler and declared that he would miss Obama’s “eloquence”. He claims that America’s growth is over and proposes a program of a “progressive tax code”, eliminating deductions, legalizing drugs, and providing a lot more welfare.

Gordon had joined lefty economists in arguing that the era of permanent economic malaise was upon us. During the 2016 election, his “The Rise and Fall of American Growth” was frequently cited as expert evidence that serious GDP growth of the kind Trump was urging was impossible.

The economist, or someone by that name from his university, appears to be a donor to Democrat candidates, the DNC and at least one anti-Republican PAC.

The pro-Biden and anti-Trump letter included the contention that Trump “claimed to have the unique ability to generate growth (in real GDP) of between 4% and 6%, but never surpassed 2.9% in his first three years in office. Furthermore, analysts at Goldman Sachs and Moody’s Analytics have projected that Joe Biden’s economic plans, if implemented, would actually generate faster growth in both employment and real GDP.”

Gordon, along with other lefty academics, was expressing a political preference for Biden over Trump while claiming that this position was backed up by their “expert” opinion.

Biden’s economic plans led to a massive disaster, but there’s no reason to think that Gordon or any of the other economists involved in this letter are ready to admit that they were wrong.

And that Biden has inflicted a recession on America.

Another of the members of the Business Cycle Dating Committee who also signed the anti-Trump and pro-Biden letter is Mark Watson of Princeton. Watson was also the co-author of an infamous argument claiming that the economy performs better under Democrat presidents.

His work was cited by Obama’s Council of Economic Advisers co-authored together with James Stock, a member of the council who serves as another member of the Business Cycle Dating Committee.

Obama had appointed Stock to his Council of Economic Advisers in 2013. Stock was both an Obama and a Hillary donor. He also contributed $2,800, close to the maximum, to Biden.

The political conflict of interest in determining that the economy is in recession is obvious.

Of the remaining Business Cycle Dating Committee members, Robert Hall appears to have donated to a Democrat candidate. James Poterba had vocally praised Obama’s economic council members, calling them “realists and pragmatists who are looking for what will work to address the particular problems we are facing”.

What that means is that of the eight Business Cycle Dating Committee members, a quarter are former members of Obama’s Council of Economic Advisers, half are public Obama supporters, one is a Biden donor, two have expressed public opposition to Trump and support for Biden.

It’s fair to say that 6 of the 8 Business Cycle Dating Committee are either Democrats or aligned with Democrats. Another is ambiguous and only one has expressed no recent public political preference.

It’s obvious why the Biden administration is betting that a group stocked with its own political allies will be less likely to state the obvious about the state of the economy. Democrats, their media and their tech monopolies are using expert gatekeeping by their own allies to deny that there’s a recession even though the vast majority of Americans know that it’s already here.

It doesn’t take the Business Cycle Dating Committee to state the obvious. All it can do is stonewall what everyone can see around them. Beyond their political allegiances, many members of the Committee have a history of being fundamentally wrong about the economic measures of the Obama and Trump administrations. Many supported the Obama era inflationary spending that deepened our national debt and suppressed our economic potential.

There’s no reason to think they’ve learned to be any more correct or any less biased.

The new technocratic totalitarianism insists that the nature of reality is controlled by small groups of partisan handpicked experts and that ordinary people have no right to disagree, and that furthermore it is the job of the tech monopolies who control the marketplace of ideas to immediately stamp out such dissent as “disinformation” and a “threat to democracy”.

But reality isn’t controlled by experts and the efforts by the Biden administration to build a wall of experts around reality is as doomed to failure as similar measures in totalitarian states.

After first denying the reality of inflation, the Biden administration is trying to deny the recession.

The same experts who tried to deny the disastrous effects of Obama’s economy are trying to tell the same lies for Biden. But no amount of lies will turn a recession into a recovery.