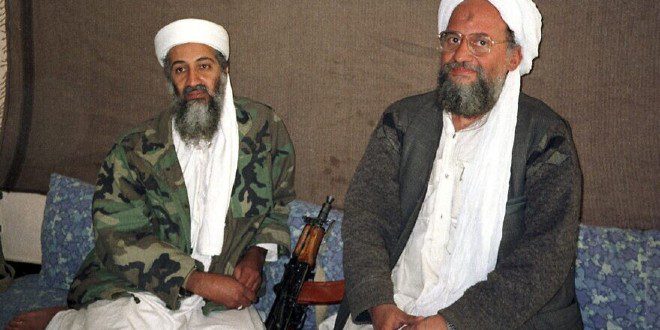 If the definition of insanity is doing the same thing over and over again and expecting different results, both the Biden administration and the European Union are out to lunch.

Senior Iranian, U.S. and European officials arrived in Vienna for talks this week to revive the 2015 nuclear deal, after the European Union presented Iran with a new draft text.

U.S. President Joe Biden’s obsession with restoring the 2015 deal is astonishing in itself. Whatever its final terms, such an agreement will repeat the original guarantee of an Iranian nuclear bomb sanitized merely by some kind of delay.

But the degree to which the Biden team has groveled to Tehran to get it to sign up has been astounding. Repeated Iranian aggression against American allies in the region—and even against American facilities—has produced merely further American concessions. The United States even repeatedly lifted sanctions to coax Iran to co-operate.

In March, the talks broke down over Iran’s demand that America delist the Islamic Revolutionary Guard Corps (IRGC) as a Foreign Terrorist Organization—a demand so unacceptable that not even the Biden administration could agree.

Since then, the regime has stepped up its aggression yet further. In May, the IRGC and the Iranian Navy launched a helicopter raid to seize two Greek oil tankers in the Persian Gulf.

Last month, Israeli Defense Minister Benny Gantz said Iran was methodically basing itself in the Red Sea, with warships patrolling the southern region and posing a “direct threat to international trade, energy supply and the global economy.” One week previously, it had conducted yet another test of a satellite launcher demonstrating its capability “to develop intercontinental ballistic missiles that may reach as far as the center of Europe.”

In May, Iran’s stockpile of uranium enriched to 60% reached 42 kilograms, which puts it within touching distance of breaking out to produce a nuclear bomb. It also disabled cameras installed by the International Atomic Energy Authority, whose chief, Rafael Grossi, said that it still hadn’t provided satisfactory answers over the presence of uranium at several facilities. Well, there’s a surprise.

And now it has threatened to nuke New York. Last week, the IRGC issued a statement on its Telegram channel that threatened to develop nuclear warheads and “pulverize” New York. “Iran can immediately return to Emad project and build an atomic bomb if Natanz facilities are attacked,” it said. The Emad is a long-range missile.

Yet just a few days later, U.S. officials were heading to Vienna as observers of the renewed negotiations with the regime that had delivered this blood-curdling threat against America.

Similarly pathological magical thinking has been on dismal display in Afghanistan.

Last August, Biden withdrew American forces from there in a precipitate and disorderly scuttle.

He was warned that this would enable the return of Al-Qaeda whom the Taliban would shelter and support just as they had before 9/11. In response, Biden insisted that America had gotten rid of Al-Qaeda from that country. “What interest do we have in Afghanistan at this point, with Al-Qaeda gone?” he asked.

Now we have the answer. This week, Al-Qaeda’s leader and longtime strategist Ayman al-Zawahiri was assassinated on the balcony of his safe house in the Afghan capital, Kabul, where he was hit by Hellfire missiles fired by a U.S. drone.

This was a great achievement by the CIA and whatever other shadowy actors were involved in tracking down al-Zawahiri and killing him. But by doing so, Biden exposed the terrible consequences of his action in abandoning Afghanistan.

For Al-Zawahiri was killed in a house owned by the acting minister of the interior, Sirajuddin Haqqani, a powerful Taliban official whose Haqqani network played a key role in the Taliban takeover of Afghanistan.

Al-Zawahiri’s hiding place, showing his cozy relationship with a top Taliban official, signified that once again Al-Qaeda is entrenched in Afghanistan.

To this shattering revelation, the U.S. Secretary of State Antony Blinken riposted that by hosting and sheltering Zawahiri, the Taliban had “grossly” violated the 2020 Doha Agreement.

This stipulated that the U.S. withdrawal of forces from Afghanistan was conditional on the Taliban’s undertaking “not to co-operate with groups or individuals threatening the security of the United States and its allies” to “prevent them from recruiting, training and fundraising,” and not to “ host them.”

Blinken’s comment displayed an asinine and all-too revealing naivety. For this agreement was always worthless—as is any agreement made with manipulative, lying, cheating warlords, whether in Kabul or Tehran.

As the former British army commander in Afghanistan Richard Kemp wrote for Gatestone last October, the Taliban and Al-Qaeda were joined at the hip, with both Osama bin Laden and al-Zawahiri having sworn unbreakable allegiance to the Taliban’s leaders.

America’s withdrawal, he wrote, would mean that Al-Qaeda and other jihadists would now flow into Afghanistan to train, organize, establish global connections, plan attacks, and receive direction and funding.

According to Dr. Hans-Jakob Schindler, senior director of the Counter Extremism Project and former coordinator of the United Nations Security Council’s ISIL, Al-Qaeda and Taliban Sanctions Monitoring Team, al Zawahiri is most likely to be succeeded by a potentially even bolder operative, Saif al Adel, who is currently being harbored by Iran and can easily move to Afghanistan.

The United States has now returned to the point at which it all started: the axis between the Taliban and Al-Qaeda that led to 9/11 and put troops into Afghanistan in the first place.

Yet the Americans still don’t see it. Batting away concerns that Al-Qaeda was now back in Afghanistan, the National Security Council spokesman John Kirby insisted that the terrorist group’s leaders would now “think again” about hiding out in Kabul.

So for the Biden administration, it’s Groundhog Day over and over again. They appear to be incapable of learning from experience.

In fact, this is the third U.S. administration that has projected to itself and the world the fantasy of having made Afghanistan safe. Peace talks with the Taliban were started in secret by former President Barack Obama—a process that led to the Doha agreement signed by former President Donald Trump and whose timetable for withdrawal was accelerated so disastrously by Joe Biden.

Despite Trump’s serious error over Afghanistan, when in 2018 he pulled America out of the 2015 nuclear deal with Iran and resumed the implementation of sanctions he was the first U.S. president to stand up robustly to the Iranian regime since it came to power in 1979.

From the start, as the world’s principal terrorist state, Iran has not just perpetrated the murder of countless Western civilians but has also repeatedly attacked U.S. interests, as well as killing American and other coalition soldiers in Iraq.

Yet successive American presidents, along with British and European leaders, have chosen never to respond with condign robustness to this war being waged against them.

Aggressive tyrants are deterred only by the credible threat of force. Whether Western leaders have been right-wing isolationists, left-wing kumbaya dupes or, as with Obama, driven by a desire to even up the global score against the “oppressive” West, they have displayed deep reluctance to put their military forces in harm’s way. They have thus effectively presented the West’s throat to be cut.

As a result of this cowardice, myopia and even malice, the West is now in even greater peril from resurgent jihadists. And against the genocidal fanatics of Iran, Israel is girding itself—with the grimmest of determination—once again to stand alone.