Violence as a Way of Life

Home » Violence as a Way of Life 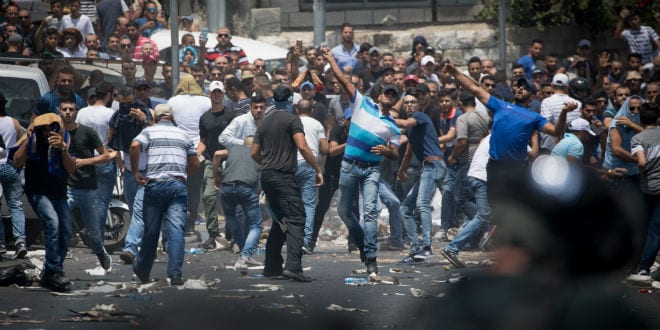 Someone in the Israel Police seems to be in a rush. In the past few weeks, we’ve been informed repeatedly about the police’s success in containing crime in the Arab sector, curtailing illegal gun trade, and even lowering the murder rate in Arab communities by as much as 30%.

But while the ink on the press releases was still wet, we were told last week about another series of murders—in the Druze town of Isfiya, in Dir al-Assad and in Lod, where 30-year-old teacher Rabab Abu Siam was gunned down in front of her daughters. Abu Siam had been classed by the police as being at the “highest level” of danger because of her ex-husband’s threats on her life. Rabab is the seventh Arab Israeli woman murdered since the start of the year, apparently for what is known as “family honor.” Since the beginning of 2022, 63 Arab Israeli citizens have been murdered.

Arab leaders rushed to blame the police, and the other governmental institutions, for these killings, claiming that they aren’t doing enough to secure the Arab population and are not fighting Arab criminal gangs, who they say are behind many of the incidents of violence and murder.

But the comments condemning the murders—generally toothless criticism, as if they had been committed by someone who landed from the moon, and the same goes for the criticism of the police—were notably lacking in any call for the Arab society to take a look at itself and fix things. Often, murderers meet with silent support of their actions, if not open backing.

It’s easy, convenient, and popular to blame the Israeli establishment for the violence, and even cook up conspiracy theories that the police and the Shin Bet security agency made deals with Arab crime families that allow them to operate freely in Arab communities as long as they don’t act against the rest of the country or its institutions.

But it wasn’t crime families who were responsible for the murders of seven Arab women this year alone, and dozens of others in recent years. They were murdered by relatives in the name of “family honor,” and for the most part the relatives and the dreams that led them to kill enjoyed community support. Certainly, no one condemned them or cast them out.

Many good people, such as Public Security Minister Omer Barlev, claim that violence in the Arab sector is the result of economic distress that plagues Arab citizens, and that investment in infrastructure and education and job creation will prevent crime. There is also the argument that the ongoing Israeli-Palestinian conflict is also encouraging trends of radicalization and violence.

But the truth is that violence in Israel’s Arab society is not exceptional in terms of the Arab societies that surround us, which also see frequent murders over “family honor” and as part of conflicts between clans.

Arab societies are still traditional, certainly in rural areas, and the family and the clan are the basis of an individual and a nuclear family’s identity and belonging. Loyalty is to family above all, and society and the state are artificial frameworks that often leech away the power of the tribe, the family and the clan.

The codes and values of the past still dictate conduct, while progress is expressed only externally—in things like dress (in some cases) or the use of sophisticated technology—not the core, either in terms of loyalty and identity or in terms of a behavioral code about what is or is not allowed. Thus, a minor spat between two people can deteriorate into a clan war, and old offenses from years ago can erupts into a sudden round of bloodshed.

It’s easier for Arab politicians to attack the police than to point a finger at what happens in Arab society. In general, a change cannot take place overnight, but the first step is to reject the path of violence and those who stand by it. Another essential step is to increase governability and inculcate values of respect for the law, and that is something that lies with the government and its institutions.