A Tale of Two Women Targeted by ‘Dishonored’ Ex-Husbands

Home » A Tale of Two Women Targeted by ‘Dishonored’ Ex-Husbands 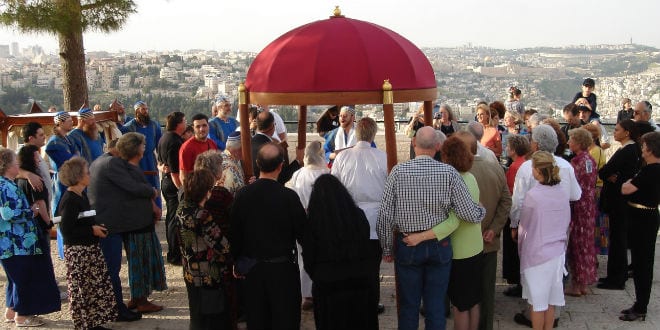 When details emerged of the murder on Tuesday night of a 30-year-old mother of three Rabab Abu Siam in the central Israeli city of Lod, the first instinct of all the pundits was to blame the police force for sleeping on the job.

Abu Siam, an Arab-Israeli elementary-school teacher, was shot to death by masked gunmen in the yard of her home, while her youngest daughter was sitting on her lap and her parents and other two children were inside. Everyone in her orbit assumed that the culprit was her ex-husband since he’d been harassing her since their recent divorce.

Her precarious situation was known to welfare services and law enforcement. Social workers and police offered her as much protection as they could provide, such as a panic button for emergency calls and patrols near her residence. They urged her to move to a shelter for battered women.

She refused, opting instead to stay temporarily with relatives in the south of the country. But the arrangement didn’t last, and she returned to Lod, where she met her tragic end—after crying to a friend a week earlier that she feared something bad was about to befall her.

Though it was clear to all concerned that this was a slaughter of revenge by a man “dishonored” by the spouse over whom he felt he had ownership and deserved complete control, the police do not yet have sufficient evidence to tie him to or charge him with the crime. This is because he went abroad the day before the evil deed was done.

Currently, Israel’s men and women in blue are engaged in an effort to gather proof of his involvement and apprehend those who actually pulled the trigger. The question being raised by the public, however, is how authorities could have let this happen in the first place.

Women’s rights advocates, in particular, were appalled that it was the endangered female, rather than the male tormenting her, who was told to leave town.

Because of the ensuing public outcry, police went into emergency mode over the weekend to prevent another Lod resident, a mother of four whose name has not been released, from falling prey to a similar fate.

The woman in question narrowly escaped death when fired at twice last week by men in what the Hebrew press is referring to as her “close circle” (possibly members of her own family). When police decided to smuggle her to a hiding place up north, they discovered that a tracking device had been planted in her car.

In other words, she was under surveillance everywhere she went. Despite her having been informed of this frightening fact, she refused police insistence that she go to a shelter.

Despite her unwillingness, police obtained a court order obliging her to comply. Her response was to appeal through a lawyer, saying, “I know my life is in danger, but I want to be in my home.”

Considering her to be an almost certain target for assassination, officers went to her house late Friday night to bring her into protective custody. When she objected, they forced her to abide. Shfela District Deputy Police Chief Ronen Avnieli explained the unprecedented move.

“The woman is in unequivocal danger,” he told Channel 12 on Saturday night. “Unfortunately, she continues to resist cooperating, which brings us to the point of having to make this radical decision, and we’ll seek to implement the court’s ruling. We are also removing the threat in other ways, by going after those who are threatening her.”

The above stories highlight more than just the weakness of the Israeli justice system in the face of rising domestic violence, in general, and in the Arab sector specifically. They also illustrate the difficulty of aiding victims who shun the kind of assistance made available to them.

No Israeli disputes that the police department requires some real overhauling, or that restraining orders against partners with grudges are usually worthless. Still, an honest conversation has to be had about the psychology and cultural norms that lead so many abused women to become obstacles to, as opposed to participants in, their rescue.

Sadly, it’s too late for Abu Siam to rethink her position and behave differently. It is thus inexcusable for the other woman in Lod, whose life police are working tirelessly to preserve, to rebuff the help that she desperately needs.

Where are the feminist voices shouting about such recurring travesties?