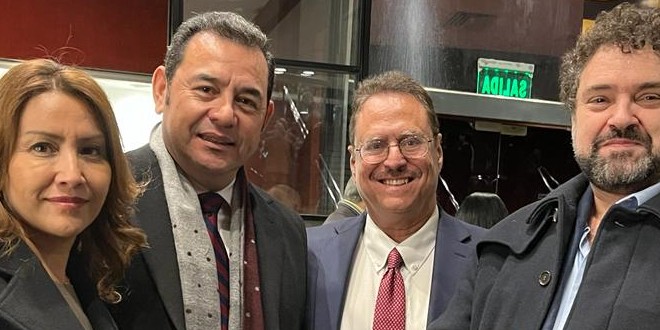 The Forum was held on the 28th anniversary of the suicide bombing terror attack on the Argentine Mutual Israelite Association (AMIA) Jewish community center in Buenos Aries, where 85 people were killed, and over 300 wounded on July 18, 1994. To date, the bombing remains the deadliest terrorist attack in Argentine history. It is believed that Palestinian Hezbollah operatives carried out the attack under the direction of Iran; no one has ever been arrested or charged in connection with the attack.

Mario Bramnick, president of Latino Coalition for Israel (LCI), said that each of the participants at the memorial service held a card with one of the victims’ names.

Bramnick noted that Iran has actually expanded its reach and capabilities since the attack, adding that “the Biden administration is now working to advance the nuclear deal with them.”

“Here we are memorializing the loss and at the same time knowing that none of the people in the AMIA bombing were held accountable,” Bramnick noted. “Now we see Iran and its proxies – Hezbollah – have greater capabilities.”

“We are less safe today in Buenos Aries, Miami, New York, and Paris than before,” he said.

He emphasized that the battle against antisemitism is equally important for Latinos.

The event was also organized by the Latin American Forum to Combat Antisemitism in Buenos Aires, Argentina, along with Israel’s Ministry of Foreign Affairs, the Combat Anti-Semitism Movement (CAM), and the Latin American Jewish Congress.  In attendance were 30 leaders from the Jewish community and the Latin American representative of the World Jewish Congress. Uruguay’s Vice Minister of Environment Gerardo Amarilla and the former President of Guatemala Jimmy Morales were among the dignitaries in attendance.  200 Christians and Jews together in a church for speeches, Israeli dancing, and the national anthems of both Uruguay and Israel.

Yad Vashem Chairman Dani Dayan, who was born in the Argentine capital, was the keynote speaker at the forum.