Living Modestly in a Hyper-Sexualized World 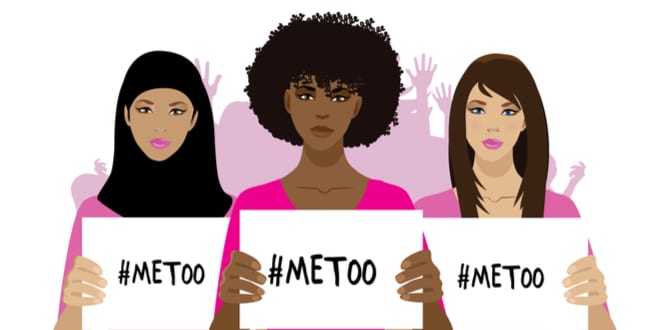 I can’t count the number of pastors who had confided in me about issues relating to modesty in their churches. Many will tell me how distraught they are when they see their members out at the mall or in some other setting, dressed in ways that would never correspond to the religious values which they espouse. Some of them even tell me that this is an uphill battle in their own churches. Most confide in me as a friend, and as an Orthodox Jew aware that Jewish tradition place is a high value on modesty.

I am also “safe” to have these conversations with because I am not going to judge them or how they steward their community. I also am aware that together, we as Jews and Christians, share many common interests and values related to modesty, especially regarding sexuality.

The truth is we have more than our share of issues in the Jewish community in general, but overall, less so in tightly knit Orthodox Jewish environments. My conversations invariably lead to their interest in learning about how we live and interact, applying issues of modesty daily, and trying to keep the adverse influences of hyper-sexualization of modern life in perspective.

Not that long ago, it was unheard of to see a man and woman on a bed together in films without at least one of them having at least one foot on the floor.  Today, sexuality is thrust in our faces everywhere, even marketed to children.  The world has changed and so its appropriate to double down on issues of modesty where we can. My Christian friends know that we, as Jews, have thousands of years of Biblical tradition overlaid with the application of these.  In societies that change, keeping up with these raises new challenges. There are abundant examples.

Much of he issues in Judaism about modesty relate to sexuality.  Its noteworthy that on our holiest day, Yom Kippur, we Torah reading is Leviticus Chapter 18:1-30, dealing with forbidden sexual relationships. I’ve always found it odd that when we are at the height of our prayers and asking God to forgive our sins, we’d go and throw in something that probably 99.999 percent of people would never even think about, almost as a distraction. There are many reasons why, but one idea is that as we repent and strive to do better in the coming year, we need to note that the foundation of morality is self-control over uncontrolled sexuality, and that’s Biblical.

While sexual immorality is not a joke, nor the issues related to modesty that we use as barriers to prevent these, there is a joke among some orthodox Jews which asks a question, “why don’t we do (something mundane), and the answer always being “Because it might lead to mixed dancing,” meaning men and women dancing together in a way that’s immodest.  It’s just a joke, but it’s a serious topic.

The issue went into the spotlight in Israel recently, making national news, when President Biden was visiting. It was covered for days as if it were the single most significant issue: more than the upcoming national election, and more than the ongoing threats from Iran and its proxies. Or, Israel dealing with the increasing price of energy (gas is over $8 a gallon and electricity is going up 10 percent) and a range of other necessities.

During President Biden’s recent visit, an unscripted and awkward moment when he went to thank a famous singer, Yuval Dayan, who had just performed at a ceremony where he received Israel’s Presidential Medal of Honor. When Biden extended his hand, she didn’t reciprocate.  Rather, she clasped her hands together as if in prayer, smiled broadly, and gently bowed her head. The reason why she didn’t shake Biden’s hand was not as a rebuff of him, but due to religious modesty as an Orthodox Jewish woman.  Typically, Orthodox Jews refrain from any physical contact with people who are not relatives.

Dayan was widely criticized in Israel for an “Immature” response, “refusing” to shake Biden’s hand, and even offending the president.  Paradoxically, some of the criticism represented a double standard from liberal critics who don’t honor Dayan’s religious beliefs or how she chose to apply them, suggesting she should compromise her values.  By comparison, surely none of these people, following a liberal framework, would suggest that a woman, or anyone, should not have the right to choose who she wants to touch, or be touched by.

Why the double standard?  Some of Dayan’s critics noted that there is a precedent to shake hands in certain settings.  But, I suppose one could apply the rhetorical question as to whether it’ll lead to mixed dancing.

Jewish law is Biblically rooted and addresses all aspects of life.  Living modestly is played out in many ways. In many cases, there’s the letter of the law and there’s the spirit of the law, and lots of nuance in between, including factoring in the risk of embarrassing someone else.  Join an in-depth conversation about this on Inspiration from Zion.

In a world in which sexuality is thrust in our faces everywhere we turn, it’s important to reinforce boundaries and honor one another for doing so. 4000 years of Jewish tradition is a good starting point.