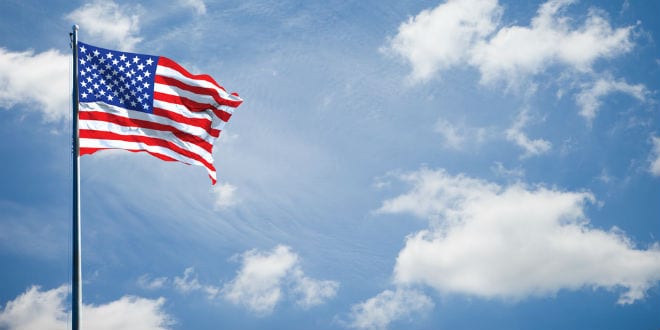 Most painful of all, they observe with horror that Jews themselves are increasingly involved in the onslaught against Israel.

However, there’s a problem that’s even more fundamental to the well-being of the Jewish people. It’s that Diaspora Jews are increasingly turning away from and even against Judaism itself.

Throughout the Diaspora, Jewish communities are dwindling in number as assimilation takes its toll. Nowhere is this more acute in America, where it takes a particularly baleful form.

Many American Jews haven’t just become detached from Judaism. They have embraced the sectarian ideologies of “social justice” that are in fact inimical to Judaism, but which they nevertheless tell themselves are Jewish values.

They call this tikkun olam, claiming they accord with the Jewish concept of repairing the world. In fact, they profoundly distort tikkun olam, which is premised on the belief in God that these liberal Jews generally dismiss as irrelevant or an impediment to social progress.

Core Jewish principles involve putting others’ interests before your own, respecting every human being and observing moral codes based on right and wrong. By contrast, the social-justice agenda places the individual at the center of existence so that objective truths are replaced by subjective opinions, feelings trump moral codes, and duties are replaced by rights.

Britain’s Jewish community, which is dwindling more gently, is different. Although many British Jews are socially liberal, they have never claimed the social-justice agenda as a Jewish moral code. In general elections, moreover, the majority actually vote Conservative. This is even though most British Jews who arrived from Eastern Europe in the early 20th century brought with them, just like their American cousins, a deep attachment to the Labor movement and even Communist politics.

And just as American Jews came to identify the Republican Party with anti-Semitism, British Jews formerly regarded the Conservative party as prejudiced against Jews while Labour was seen for decades as their natural home.

So why the difference over Jewish values? Maybe the reason is that, despite the anti-Semitism that always bubbles below the surface in any Western society, America was a salad of cultures and ethnicities.

Unlike Britain, whose indigenous and ancient culture meant that—however assimilated Jews became—they always felt themselves at some level to be outsiders, American Jews believed they were as American as anyone else.

Since the essence of Jewish identity is to be distinct from everyone else, this laid the groundwork for an existential conflict between Jewishness and Americanness. For the majority, this would only be resolved by hollowing out their Jewishness into a cosmetic but meaningless shell.

I discussed this neuralgic issue on this week’s JNS podcast with Rabbi Cary Kozberg, a Reform rabbi who has broken with the Reform movement over what he considers to be its embrace of the anti-Jewish values of the social-justice agenda.

Although Conservative Judaism now marches to a similar tune, Kozberg believes that the onslaught on Jewish principles has been driven by Reform. What worries him so much is that we’ve seen all this before.

Around the time of the destruction of the Second Temple, Greek culture—or Hellenism—attracted many Jews tempted by the opportunity to embrace hedonism and pagan decadence. Worse still, this caused divisions between Jews that fatally weakened the community and made it vulnerable to its external enemies who wanted the Jewish people gone.

Kozberg’s deepest fear is that American Jews are repeating this baleful history. The tragedy is that they don’t realize it because they don’t actually know the history of their own people.

This ignorance isn’t confined to progressive Jews. Among the young—even those who come from Orthodox backgrounds, and have been through Jewish day schools and Jewish camps and so on—are often astonishingly ignorant of what is necessary to keep the generational Jewish show on the road.

They tend to be taught from a narrow template of rabbinical texts and halachic ordinances. Whether Orthodox or progressive, the young aren’t generally taught much Jewish history or how Jewish moral principles can enrich their own personal lives and help surmount the pressures of modern existence.

They aren’t taught that Jewish precepts are absolutely foundational to Western values such as freedom, compassion and even rationality.

They aren’t taught why the Jewish emphasis on making distinctions between things is so vital to a moral sense, and how this runs directly counter to prevailing secular orthodoxies of equity and nondiscrimination.

They aren’t taught about the importance and centrality of Jewish uniqueness, and that what drives certain Jews to turn against the Jewish people is their anxiety to erase that uniqueness from their identity and sign up instead to the prevailing consensus.

They aren’t taught that Judaism is joyous and life-enhancing so that it can make their own lives more satisfying and optimistic.

In short, young Diaspora Jews are taught precious little about what has kept Jews together as a people despite overwhelming pressures, and why this is so valuable and important for these young Jews themselves.

Two things need to change if the Jewish people are properly to defend themselves: Jews need to be taught better about their own people, culture and history; and there needs to be a more effective strategy to fight their enemies by getting off the defensive back foot, and onto a pro-active and aggressive front foot.

Precious little of this is done at present because the Diaspora leadership is woefully inadequate: timid, servile and anxious to fit in.

In Britain, Jewish leaders publicly fought the far-left Labour Party leader Jeremy Corbyn because they felt safe in the knowledge that most people in the country reviled him as a dangerous extremist. But they refuse to fight Muslim anti-Semitism for fear of being called “Islamophobic.” Nor will they declare the demonstrable legitimacy of Israeli residency in the disputed territories of Judea and Samaria—not least because so many of these leaders are ignorant of this themselves.

In America, Jews are increasingly living in a state of siege. Jews have been murdered in Pittsburgh, San Diego and Jersey City. Visibly Jewish pedestrians are beaten regularly in the streets of American cities and towns. Jewish students are bullied and harassed on campus. The Democratic Party exhibits either indifference to all this or even tolerates the virulent anti-Jewish prejudice in “The Squad” of congresswomen.

American Jewish leaders either lend support to such people and their ideologies or else behave like rabbits frozen in the headlights. Now a grassroots movement has just launched to hold their feet to the fire.

The Jewish Leadership Project has a 10-point “action list” to mobilize a more effective Jewish defense. It demands that major Jewish organizations “cease subordinating the safety and welfare of the Jewish-American community to partisan ideology.”

The project’s co-founder, Avi Goldwasser, said: “Many once-venerable Jewish organizations have primarily become front groups for progressive political interests. The significant danger the Jewish community faces today is an indictment of these institutions and their leadership.”

All over the West, people have been left demoralized and disillusioned by an entire political establishment that appears determined to send Western civilization off the edge of the cliff.

They’ve been rising up against this using whatever opportunities come their way. In Britain, it was Brexit; in America, it was the election of former president Donald Trump.