Hashem will open for you His bounteous store, the heavens, to provide rain for your land in season and to bless all your undertakings. You will be creditor to many nations, but debtor to none. 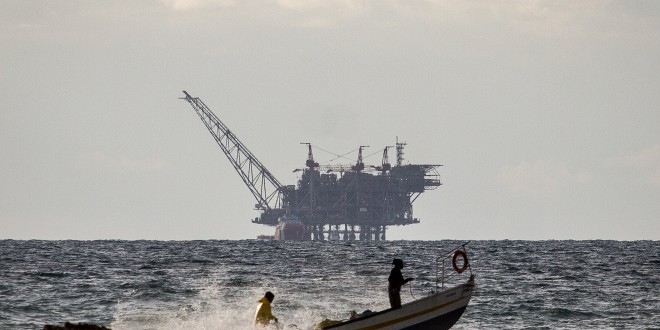 In a strange arrangement that violates Lebanese law, natural gas originating in Israel’s Leviathan Gas field may be sent to alleviate a crisis in Lebanon.

At a ceremony in Beirut last week, Lebanon, Syria, and Egypt signed an agreement to transfer 650 million cubic meters of gas per year from Egypt to Lebanon. The gas will be shipped via the Arab Gas Pipeline (AGP), which runs through Jordan and Syria and finally to Lebanon’s northern Deir Ammar power plant.

The agreement still needs to be approved by the World Bank which is financing it along with the US. US funding of the Syrian pipeline is in contravention of the Caesar Syria Civilian Protection Act of 2019 that sanctions the Syrian government for war crimes against the Syrian population during its ongoing civil war.

Gas was being pumped to Lebanon via this route until 2011 when it was stopped due to attacks on the pipeline in Syria.

Iran has been trying to garner Lebanese civilian support by transferring diesel fuel to Hezbullah in Lebanon via Syria. In theory, this deal would deter Iran and Hezbollah from gaining popular support.

Lebanon is currently suffering an energy crisis with daily power outages, leaving many citizens to rely on home diesel generators. The gas will add some 450 megawatts of power per day to the grid, equivalent to around four extra hours of electricity.

Ironically, it can be assumed that some or all of the natural gas being shipped to Lebanon will originate from Israel’s offshore Leviathan field. This possibility was published by Channel 12 in January.  Lebanese law forbids all contact or dealings with Israel or Israelis. The Lebanese government responded that the claim was “totally and completely untrue” and that “the gas supply agreement that is being worked on between the Lebanese government and the sisterly Egyptian government clearly and explicitly stipulates that the gas should come from Egypt.”

This is exacerbated by the Hezbollah-led coalition constituting almost half of Lebanon’s parliament. Hezbollah is funded by Iran and dedicated to the annihilation of Israel. Even in their dire straits, Lebanon could not admit to being aided by Israel.

“All of Israel’s gas fields are under threat from our missiles – not just Karish,” Nasrallah said on the Al-Mayadeen TV channel on Monday. “The ships that extract the gas are Israeli, even if under a Greek banner.

“There is no target in the sea or in the air that is not within the range of Hezbollah’s precise missiles. No one wants war, and the decision is in Israel’s hands, not in our hands,” he said.

“If the extraction of gas from ‘Karish’ begins in September before Lebanon gets its rights, we will have a problem,” Nasrallah warned.