Israel has Strengthened America Many Times Over the Years

Home » Israel has Strengthened America Many Times Over the Years 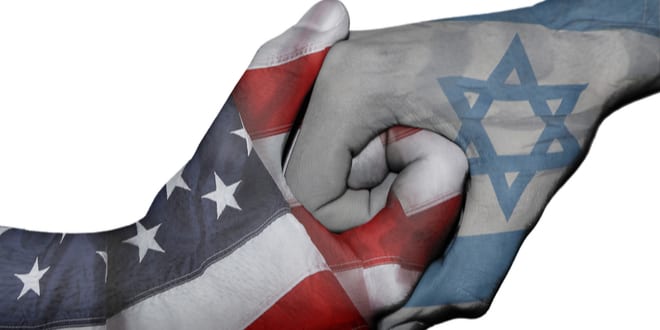 In 1948, Israel was misconstrued by the U.S. State Department as a burden upon the U.S. It believed the newborn state would be too feeble to withstand an all-out Arab military offensive, jeopardize U.S. ties with the Arab World and potentially turn pro-Soviet.

Since 1967, however, Israel has emerged as the most effective, reliable and democratic ally of the United States, as well as a formidable force multiplier.

In the 1967 Six-Day War, Israel devastated the pro-Soviet Egyptian military. Egypt was then on its way to becoming a pan-Arab leader and aimed to topple the pro-U.S. regimes of the Arab oil-producing countries, at a time when the U.S. was heavily dependent on them for its energy needs. The resounding Israeli victory spared the United States a huge economic and national security setback, and denied the USSR a geostrategic gold mine.

Twenty-five U.S. military experts went to Israel to study the lessons of the Six-Day War and examine captured Soviet military systems. Their findings upgraded the performance of the U.S. armed forces and defense industries.

After the 1973 Yom Kippur War, a team of 50 American experts arrived in Israel, collecting information that benefited the U.S. military and American industry, bolstering the defense of Europe in the face of Soviet threats.

The December 1969 “Operation Rooster 53” highlighted Israel’s unique intelligence and battle tactic capabilities, which were shared with the U.S. An Israeli commando unit snatched an advanced Soviet P-12 radar system, which was stationed throughout the world, from Egypt. The Soviet radar was studied by Israel and transferred to the U.S., as were additional Soviet military systems, enhancing the capabilities of U.S. intelligence, special operations forces and defense industries.

According to the late Sen. Daniel Inouye, who served as chairman of the Appropriations and Intelligence Committees, the value of the Soviet radar to U.S. defense industries and armed forces was around $3 billion. He added that the scope of intelligence Israel shared with the United States exceeded the intelligence shared by all the NATO countries combined.

In 1966 and 1989, Israel acquired MIG-21 and MIG-23 Soviet combat planes through defecting Iraqi and Syrian pilots. The planes were shared with the United States, impacting the global balance of power and enhancing the performance of the U.S. Air Force and aerospace industries.

In 1970, Israel showed its pro-U.S. posture by deterring an invasion of U.S. ally Jordan. By bolstering its military presence on the Golan Heights, Israel forced pro-Soviet Syrian forces to stop their invasion. Thus, Israel spared America either the loss of an Arab ally or the need to get involved militarily in an intra-Arab war while it was bogged down in Southeast Asia.

Moreover, the toppling of the pro-U.S. Jordanian regime would have threatened the existence of the pro-U.S. oil-producing regimes in the neighboring Persian Gulf. Therefore, Israel spared the U.S. a major economic and national security blow, and denied the USSR a notable victory.

The lessons of the July 4, 1976 Entebbe operation, which underscored Israel as a role model of pro-active, daring and innovative counter-terrorism, were shared with U.S. intelligence and special forces.

The 1981 Israeli destruction of Iraq’s nuclear reactor—in defiance of fierce U.S. opposition—spared the U.S. the potential devastation of a nuclear confrontation during the 1991 Gulf War. In effect, it saved the pro-U.S. Arab oil-producing regimes from the jaws of Saddam Hussein.

In the October 1982 “Operation Mole Cricket 19,” Israel’s Air Force destroyed 29 Soviet surface-to-air missile batteries operated by Syria, which were perceived to be impregnable. It was the first time that a Western-equipped air force destroyed a Soviet-built surface-to-air missile network. In the biggest air battle since the Korean War, the Israeli Air Force downed 82 Soviet MIG combat planes without a single loss. Game-changing Israeli battle tactics, including jamming technologies, were shared with the U.S. armed forces, bolstering America’s military edge over the USSR.

The 2007 Israeli destruction of the Syria-North Korea-Iran nuclear reactor spared the region and the globe a potential nuclearized civil war in Syria.

In 2022, against a background of highly vulnerable pro-U.S. Arab regimes, the growing vacillation of Europe and the intensifying threat of anti-U.S. Sunni and Shia terrorism, Israel stands out as “the largest U.S. aircraft carrier,” which does not require a single American soldier on board. This spares America the need to deploy additional aircraft carriers and ground divisions to the Mediterranean and the Indian Ocean.

Today, Israel’s posture of deterrence plays a key role in preventing the collapse of the pro-U.S. Arab regimes and the dominance of Iran’s Shia ayatollahs and Sunni terrorism. This is crucial to global trade, the war on terrorism and the U.S.-Russia-China balance of power.