Nasrallah is Playing with Fire

Home » Nasrallah is Playing with Fire 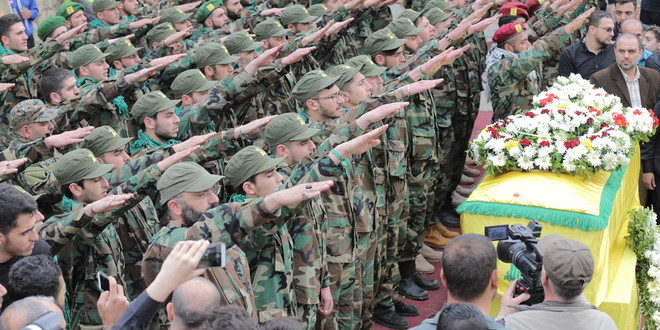 For the first time since July 2006, when the Second Lebanon War broke out, winds of war are blowing in the north. Hezbollah leader Hassan Nasrallah has apparently had time to forget the horrendous destruction he brought upon Lebanon two decades ago, and he is once again playing with fire, hoping—actually betting—that he will be able to control the height of the flames.

In recent weeks, Nasrallah has been threatening war. Similar to 2006, when he demanded the release of murderer Samir Kuntar from prison and the return of the Shebaa Farms to Lebanon, and then took military action to achieve these goals, Nasrallah is now presenting a list of demands that, if not met, his organization will work hard to attain, even at the price of war.

A dispute between Israel and Lebanon on the maritime border between the two countries is an issue that could be relatively easy to resolve via negotiations. An agreement would enable Lebanon to use the natural gas reserves off its coast and pump billions of dollars into its empty coffers, just as Israel has been doing for more than a decade.

But this is Lebanon, a failing country ruled by corrupt politicians, whose whole focus is making profits for themselves, and to hell with the rest of the country. In addition, the diseased mentality that Hezbollah is dictating to the Lebanese holds that it is better to harm Israel, even at the cost of destruction and ruin for Lebanon, than reach an agreement that will bring prosperity to both sides.

And so, Nasrallah poses the following equation: As long as a satisfactory agreement on marking the border is not reached, he will not only prevent Israel from producing gas at the Karish gas field—which is located in Israeli territory—but may even launch an all-out war of much greater scope and cost.

One could belittle such threats, which we often hear in the complex atmosphere in which we live. But we must also remember that Nasrallah has nothing to lose these days. Lebanon, where he is the king of kings, has fallen into an economic and political crisis unknown to the country for many years, gnawing away at the legitimacy and leadership of the organization he heads.

Nasrallah might be hoping for an American-mediated agreement between Israel and Lebanon, since the gaps between the sides are not that wide. Then he would be able to present himself as the man whose threats saved Lebanon. As always, he also assumes that Israel will retreat from his threats or even absorb minor blows, such as drones launched at the drilling rig in the Karish field or even a localized attack on the site, which will not destroy it but prevent its operation.

We can only hope that the Americans come to their senses and make it clear to the Lebanese that Nasrallah’s games could turn Lebanon into a leper state like Syria or Russia, but it is doubtful that they can be trusted on this matter, since they still refuse to believe that Lebanon and Hezbollah are a single unit.

Alternatively, one can hope that Nasrallah’s partners and allies, as well as members of his faction, will stop him at the last moment. But it didn’t happen in the past, and it won’t happen now either.

The ball, therefore, is in Israel’s court. And to be honest, if Israel does not sincerely intend to confront Hezbollah, or if it is ready to play Nasrallah’s game on his terms and at the time and place of his choosing, then it is better to avoid confrontation for now. After all, no matter how precise Israel’s attacks may become over the course of several “days of war” against Hezbollah launch sites, training exercises and camps, it will not change the situation at all.

These attacks do not stop missile fire, and ultimately leave the other side feeling victorious, even if only in their own minds. After all, a barrage towards Tel Aviv, let alone an attack on it, cannot be compared in any way to a thousand attacks on launch pits or military storage facilities.

So, we must all hope that Israel prepares accordingly and that the fiasco of the failed conduct of Israel’s political and military leadership during the Second Lebanon War will not be repeated this time in the conflict into which Nasrallah is dragging us.