For thus said the lord of Hosts—He who sent me after glory—concerning the nations that have taken you as spoil: “Whoever touches you touches the pupil of his own eye. 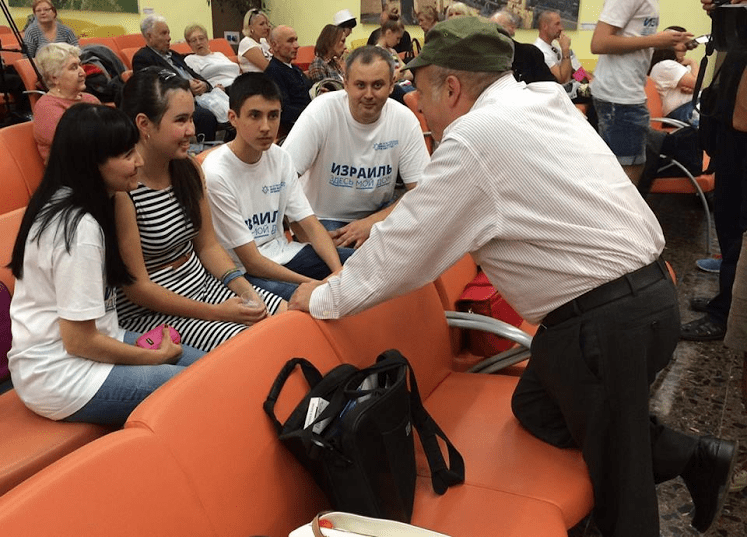 Russian authorities are calling for the “dissolution” of the Jewish Agency for Israel’s operations in Russia, according to multiple news reports in Russia and Israel on Thursday.

According to Interfax, a request was made by the Russian Ministry of Justice to the Basmanny District Court in Moscow, alleging “legal violations” with a preliminary hearing set for July 28.

“The court received an administrative lawsuit filed by the Moscow branch of the Russian Justice Ministry to shut down and remove from the Unified State Register of Legal Entities the autonomous nonprofit organization Jewish Agency for Israel ‘Sohnut,’ which provides support for relations with the Jewish community,” the court’s spokesperson Yekaterina Buravtsova told Interfax.

The organization, which has operated in Russia since 1989, is a quasi-governmental international nonprofit organization working on strengthening ties between Jewish communities around the world and assisting in aliyah.

According to The Times of Israel, the Jewish Agency was sent a letter last month by the Russian Justice Ministry, which included demands that the organization was unable to agree to. The letter also threatened legal action if the agency did not agree to the terms, which is now being followed through with.

While it continues to operate normally in Russia for the time being and has tried to deal with the situation without drawing attention, it has also asked for the Israeli Foreign Ministry to intervene on its behalf.

“Russian Jews will not be held hostage by the war in Ukraine,” Israeli Diaspora Affairs Minister Nachman Shai tweeted on Thursday. “The attempt to punish the Jewish Agency for Israel’s stance on the war is deplorable and offensive. The Jews of Russia cannot be detached from their historical and emotional connection to the State of Israel.”

An inter-agency discussion on the topic has been scheduled for Sunday.

“The Jewish community in Russia is deeply connected with Israel. Its importance arises in every diplomatic discussion with the Russian leadership,” said Lapid. “We will continue to act through diplomatic channels so that the Jewish Agency’s important activity will not cease.”