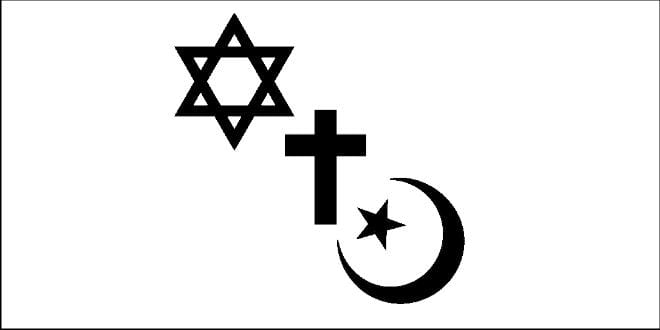 On July 4, 2022, a Christian mechanic, who had been imprisoned for the last five years awaiting trial under a false “blasphemy” accusation, was sentenced to death by hanging in a Pakistani court, for allegedly insulting the Muslim prophet Muhammad.

Five years earlier, on June 5, 2017, Ashfaq Masih, 34, got into a quarrel with Muhammad Naveen, a rival who had established a mechanic workshop near Masih’s. According to Masih’s non-guilty plea, Muhammad “was jealous because my business was running better,” and, after their altercation, “threatened me with dire consequences.”  On the following day, June 6, another Muslim man,

Muhammad Irfan came to my shop for wheel balancing for his motorbike. I balanced the wheel and demanded my amount of labour as settled between us. Muhammad Irfan refused to give me money and said, ‘I am a follower of Peer Fakhir [a Muslim ascetic] and don’t ask for money from me.’ I told him that I am a believer in Jesus Christ and I don’t believe in Peer Fakhir and please give me my labour.

At that point, Muhammad Irfan went—or perhaps returned—to the rival shop of Muhammad Naveed, and, moments later, a Muslim mob had formed around the Christian’s shop.  As Masih explains,

They both made conspiracy against me and lodged a false FIR [First Incident Report] against me. I told the real story to a police officer but he did not record my version but conducted investigation ex-parte. I neither uttered any derogatory word against Prophet Muhammad nor can think about it.

Along with rival shop owner Muhammad Naveed, Muhammad Irfan, the complainant, also got two other Muslims—Muhammad Nawaz and Muhammad Tahir—to lie and tell police that they “heard Masih say derogatory words against the Muslim prophet,” even though none of them were present during the altercation.

Masih was charged under Section 295-C of Pakistan’s penal code, which states:

Whoever by words, either spoken or written, or by visible representation, or by any imputation, innuendo, or insinuation, directly or indirectly, defiles the sacred name of the Holy Prophet Muhammad (peace be upon him) shall be punished with death, or imprisonment for life, and shall also be liable to fine.

The problem with this law is not so much that its sentencing is extreme and irrevocable but rather that Muslims regularly exploit it to settle personal grudges against non-Muslim minorities in Pakistan, as in this case.   The fact is, Pakistan’s non-Muslim minorities, mostly Christians and Hindus, know better than to say anything that can be misconstrued as offensive to the Muslim prophet—being, as they are, well acquainted with the dire repercussions.   They are taught from youth to exhibit nothing but deference for Islam’s prophet.  But that does not stop Muslims from falsely accusing those “infidels” they have a grudge against of vocally insulting Muhammad.

Amnesty International noted this dynamic in a report compiled nearly three decades ago, in 1994:

[I]n all the cases known to Amnesty International, the charges of blasphemy [in Pakistan] appear to have been arbitrarily brought, founded solely on the individuals’ minority religious beliefs. . . . The available evidence in all these cases suggests that charges were brought as a measure to intimidate and punish members of minority religious communities . . . hostility towards religious minority groups appeared in many cases to be compounded by personal enmity, professional or economic rivalry or a desire to gain political advantage. As a consequence, Amnesty International has concluded that most of the individuals now facing charges of blasphemy, or convicted on such charges, are prisoners of conscience, detained solely for their real or imputed religious beliefs in violation of their right to freedom of thought, conscience and religion [emphasis added].

The implication that, when it comes to blasphemy cases, Pakistani courtrooms host kangaroo trials would seem to be an adequate description of Masih Masih’s recent trial.  Despite the commonsensical fact that Christians in Pakistan know to be ultra-careful about saying anything that could be misconstrued as offending Muhammad, the prosecution argued that “On 15 June 2017 at 12 noon, accused Ashfaq Masih, while sitting in shop, was uttering blasphemous words about Prophet Muhammad & said words [that] could not be restated.”

As for the Muslim judge who presiding over the case, Khalid Wazir, he went so far as to state that “it could not be believed that a Muslim will spin a story in this regard,”  while simultaneously describing the evidence presented by Masih’s defense team as “not believable. ” And so, on July 4, 2022, Khalid pronounced that the 34-year-old Christian, who has a wife and young daughter,  “be hanged by neck till his death subject to confirmation by Honorable High Court.”

Considering that Masih had already suffered enough over the past five years in prison, his family was aghast when the judge pronounced the death sentence.  He was even prevented from seeing or being with his mother who died in 2019 because he was behind bars.  Since then, “the case has witnessed multiple adjournments, rescheduling, judge not showing up, witness failing to turn up and even the complainant’s lawyer not registering their presence.”

According to Masih’s older brother, Mehmood,

The sudden judgment stunned me and I didn’t know what to do. I hardly gathered myself and came out of the courtroom and started crying as it was the end of the world for me. I rushed home and informed my family. My wife and children also started crying. As the news spread my relatives started visiting to console us, but it was not easy for me as Masih is my only brother and I love him very much.

Discussing this ruling, Nasir Saeed, the director of the Centre for Legal Aid Assistance and Settlement, a charity which supports persecuted Christians in Pakistan, said the judgement was “very sad yet expected,” adding:

I don’t remember any case where the lower court decided to grant bail or freed anyone accused of the blasphemy law. The judges are aware that such cases are made to punish and settle personal grudges with the opponents, especially against the Christians.  Because of pressure from the Islamic groups, lower courts’ judges are always hesitant to free the victims but make popular decisions to save their skin and shift their burden to the high court. Masih’s case was very clear—the shop owner wanted him out and Naveed was a business rival who implicated him in a false blasphemy case. He is innocent and has already spent five years in prison for a crime he never committed.

Masih’s case is now at least the third death sentencing of its kind since the start of this year.

In February, 2022, Zafar Bhatti, 58—another Christian man who had been serving a life sentence under a false accusation of blaspheming Muhammad in a text—was given the death sentence.

In January, 2022,   Aneeqa Atteeq, a Muslim woman, was sentenced to death after a Pakistani court pronounced her guilty of insulting Muhammad in text messages she had sent to a man via WhatsApp.  She, however, offered a more plausible if not prosaic explanation: the man who reported her was getting “revenge” on her because she had refused his advances.

It is worth noting that, as horrific as it is to be accused of blasphemy in a Pakistani courtroom, it is actually much worse to fall into the hands of a Pakistani mob.  A decade old report found that between just 1990 and 2012 alone,  “fifty-two people have been extra-judicially murdered on charges of blasphemy” in Pakistan.

Most recently, in March 2022, a Muslim woman and her two nieces attacked, slit the throat of and slaughtered Safoora Bibi, after a relative of the three murderers merely dreamt that Bibi had blasphemed against Muhammad.

In February, 2022, a Muslim mob stoned a mentally handicapped man to death, after a rumor surfaced that he had burned a copy of the Koran.

In December, 2021, a wild mob descended on a factory, murdered and then burned the body of a Sri Lankan man, over rumors that he had blasphemed Muhammad.  (At least it appears that the mob had killed him before torching his body, unlike a young Christian couple which another Pakistani mob slowly burned alive in 2015 on the rumor that they had offended Islam.)

This horrific style of murder against supposed “blasphemers” was on recent display thousands of miles away from Pakistan, in Nigeria. Two months ago, a number of university students stoned and set aflame Deborah Emmanuel, a Christian student who had earlier refused the advances of a Muslim man. He retaliated by loudly proclaiming that she had blasphemed Muhammad, the prophet of Islam, and before long a murderous mob had formed and retaliated.

This is a reminder that, as oppressive as “blasphemy laws” are in Pakistan, they are not limited to or a byproduct of that nation’s culture.  They are, rather, byproducts of Islam, and occur all throughout the Islamic world, and are even spilling into the West, with recent examples from Bangladesh, France, Indonesia, Iran, Malaysia, Oman, Spain, etc.

In the words of a Muslim cleric who defended the mob murder and burning of Deborah Emmanuel in Nigeria: “When you touch the prophet we become mad people…. Anyone who touches the prophet, no punishment—just kill!”