Tribute-bearers shall come from Egypt; Cush shall hasten its gifts to Hashem. 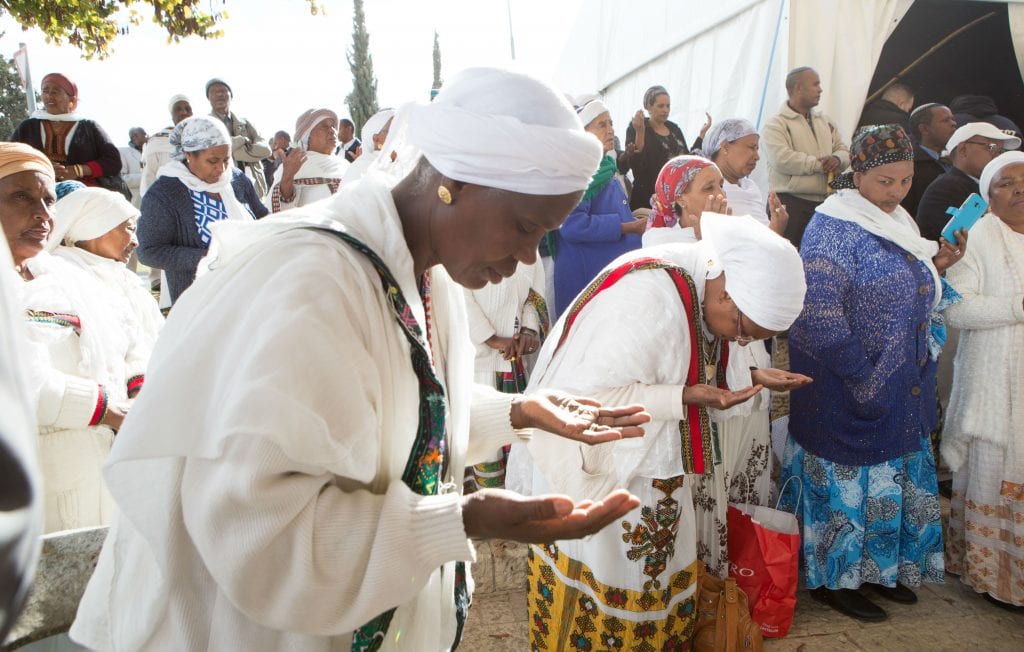 In 1991, Askabo Meshiha’s family was given short notice to leave their home and go to the capital Addis Ababa. They could only bring a minimal amount of luggage and they were to no one. The big secret was that they were going to be airlifted home to Israel as part of Operation Solomon.

With great regret, they had to leave behind a family heirloom, entrusting it to a friend. The heirloom was an Oeryt, (or Oreiyt). Believed to have been compiled 2,600 years ago, before the Hebrew Bible was canonized, the Oreiyt contains the Five Books of Moses along with the books of Joshua, Judges, and the Book of Ruth. The Oreiyt is part of the matsahaf qados (the Holy Scripture) of the Ethiopian community. Hundreds of years ago, The Oeiryt was translated from Hebrew to the ancient Ge’ez language, an ancient Ethiopian Semitic language that was spoken and understood only by the Ke’es, the Amharic word for ‘rabbi’. Very few of these holy books remain and they vary in contents.

The Meshiha family entrusted the book to a non-Jewish neighbor, tracking the book’s whereabouts from Israel. But in 2020, Ethiopia was engulfed in the Tigray civil war. The book ended up in the hands of a Christian Priest who demanded more than $10,000 for its return.

In March, the family was contacted by friends in Ethiopia. Negotiations were suddenly made easier. The priest had been arrested and needed money to get out of jail. He was willing to return their heirloom for around $1000. Ayanawo Ferada Senebato, Meshiha’s 43-year-old grandson, and two of his cousins flew to northern Ethiopia despite the ongoing civil war.

Dozens of square parchment pages measuring 11-by-11 inches had fallen out of the binding, and others were barely attached. Once reunited with their family treasure, they wrapped the ancient book in an Israeli flag and flew home to Israel.

“This book has been in my family long before any of Ethiopia’s laws were written,” he said.

The Meshiha family Oreiyt includes songs, rabbinical interpretations and stories in Amharic and Tigrinya. It was used in a prayer service last week in the home of Mentasnut Memo, a Ke’es living in Kiryat Gat in southern Israel.

Scholars at the National Library of Israel who reviewed the Meshiha family book at the family’s request believe it to be about 200 years old. But family members believe it is even older. According to family tradition, the book was passed on to an ancestor who lived 300 years ago. Senebato has no intention of donating the book for academic purposes.

“We were not brought here to sit in some museums. The book needs to be returned and used. Careful, conscious, economical – but used, ”he said.