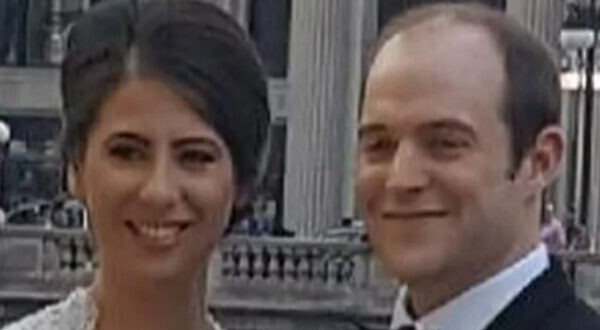 A two-year-old Jewish child was saved in the Highland Park Independence Day parade shooting on Monday by his father, who died shielding him with his body.

Kevin and Irina were at a 4th of July parade in the Jewish-populated Chicago suburb of Highland Park with their toddler son Aiden when a shooter opened fire at the crowd.

The parents, in their thirties, were among the seven victims of the deadly shooting. At 10:14 AM, roughly 15 minutes after the parade had started, a 21-year-old man opened fire with a high-powered rifle from a rooftop, killing seven people and wounding at least 46 others. Over 100 law enforcement officers from multiple agencies responded to the shooting. The gunman ceased firing as law enforcement officers approached the building, fleeing the scene and evading immediate capture. The killer was apprehended eight hours after the shooting began and was charged with seven counts of first-degree murder.

Lauren Silva, who was in the vicinity of the crime after going out to breakfast, told the Daily Beast how she discovered Aiden after hearing the flurry of gunshots.

“My boyfriend handed me this little boy and said he was underneath this father who was shot in the leg,” Silva said. “They were trying to stop the bleeding, so I brought the boy downstairs into the garage.”

“He kept asking if mom and dad are going to come back soon,” she said of the two-and-half-year-old, who she noticed was wearing just one shoe and blood-stained socks.

She tended to the two-and-a-half-year-old’s wounds with a first-aid kit she kept in the car while attempting to calm him while telling him that “his dad was going to come back,” the news site said.

Aiden’s grandfather Michael Levberg said that the boy was seen “walking in the street,” the Chicago Sun-Times reported.

Photos of the small lost toddler were taken and posted them on a neighborhood watch site, where another parade escapee, Adrienne Rosenblatt, 71, saw them. She knew the family and arrived at the Levbergs’ house to show them the images and let the grandparents know where they could find their grandson.

“A neighbor passed by; she showed me the picture; it was Aiden,” Levberg noted. “I picked him up at the [Highland Park] police station.”

Admiring his son-in-law’s sacrifice, he said, “He had Aiden under his body when he was shot.”

“They were crazy about their child,” he said. “They were planning two.”

A GoFundMe page was established to help the Levbergs raise the young child.

“Aiden will be cared for by his loving grandparents, Misha and Nina Levberg, and he will have a long road ahead to heal, find stability and ultimately navigate life as an orphan,” the page read.

“He is surrounded by a community of friends and extended family that will embrace him with love and any means available to ensure he has everything he needs as he grows.”