Shaping the Future of the World

Home » Shaping the Future of the World 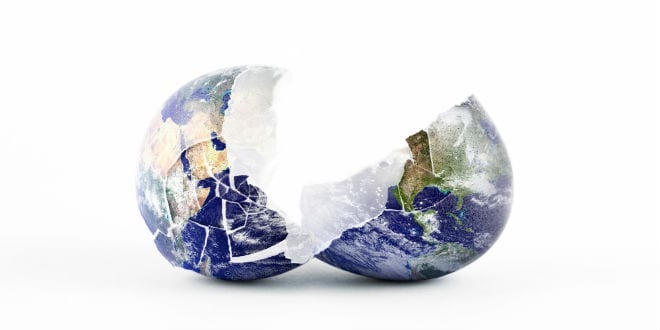 Altruism is a virtue, but it is not a serious basis for foreign policy. So, if you support Ukraine’s resistance to Russian conquest only because it’s a David-vs.-Goliath struggle, you’re a good person, but you’re not thinking seriously about foreign policy.

To think seriously about foreign policy, you need to ask: What is in the American national interest?

To answer, imagine the world Americans and other free people can shape, and contrast that with the world the Americans’ enemies want to shape. Consider not only yourself but also your children and grandchildren. And remember: This is a binary choice.

On that basis, would the failure of Vladimir Putin’s attempt to conquer Ukraine be in the American national interest?

World War I brought the collapse of the Ottoman Empire, the German Empire and the Austro-Hungarian Empire. The Russian Empire fell, too, but was soon reconstituted as the Union of Soviet Socialist Republics.

World War II led to the collapse not only of the Third Reich, the Japanese Empire, and the Italian Empire, but also, within a few years, of the British, French and other European empires.

America, the most powerful post-war nation, embarked upon a noble experiment: We would establish a community of nations, optimistically named the United Nations. Members would embrace “fundamental human rights.” They would agree to settle conflicts through diplomacy rather than armed conflict. They would pledge to abide by international laws. They would impose consequences on those who undermined this “rules-based order.”

For several decades, this arrangement was reasonably successful— one reason the Soviet-American competition known as the Cold War did not become overheated.

Then, in 1991, the hammer-and-sickle flag lowered for the last time over the Kremlin. Nine years later, a resentful and revanchist Vladimir Putin came to power.

Ten years later, President Clinton brought the People’s Republic of China into the World Trade Organization, based on the bipartisan belief that if a country becomes wealthy, its rulers will become moderate—stakeholders in the rules-based order.

Early on, Richard Bernstein and Ross H. Munro saw that this was a delusion. In their aptly named 1997 book, “The Coming Conflict with China,” they quoted Chinese Gen. Mi Zhenyu saying of the United States, “for a relatively long time it will be absolutely necessary that we quietly nurse our sense of vengeance. … We must conceal our abilities and bide our time.”

In February, days before the Russian invasion of Ukraine, Xi formalized an alliance with Putin.

In March, Putin said: “The struggle we are waging is a struggle for our sovereignty.” What does he think limits Russia’s sovereignty? The rules-based order.

Last month, Putin observed that Peter the Great, the 18th century Russian czar, had not been bound by foreigners’ rules. “You might think he was fighting with Sweden, seizing their lands,” Putin said, referring to the 21-year-long Great Northern War Peter launched to expand Russia’s territory. “But he seized nothing; he reclaimed it!”

Putin added that while “not one European country” recognized Russia’s claim to that territory at the time—including the swampy delta on which Peter would build St. Petersburg—all do now. “It seems it has fallen to us, too, to reclaim and strengthen,” Putin concluded, referring to the war he is waging against Ukraine.

Why should Americans care?

For one, because if Putin swallows Ukraine, he is likely to attack other former Russian/Soviet possessions, including several of America’s NATO allies whose independence we have pledged to defend.

Isolationists on both the left and the right will say (or just imply): “NATO was a mistake! Withdraw from it! Let Putin have Europe! Let Xi have Asia! Let Iran’s ruling ayatollahs and the other jihadis have the Middle East! Why should we worry about quarrels in faraway lands between peoples of whom we know nothing?

The answer: Because if we do not, it will mean the end of what we have called—not without justification—the Free World. The United States will become an isolated island in a vast ocean dominated by despotic empires expanding through the threat and/or application of brute force.

Our freedom and prosperity will diminish—slowly if we’re lucky, quickly if we’re not. Our children and our grandchildren will not thank us for this inheritance.

The less bad alternative is to recommit to the goals we fought for in World War II and the Cold War: defeating totalitarian imperialists, or at least frustrating their grand ambitions.

That means continuing to help Ukrainians defend themselves by sending them the matériel they should have received after the 2014 Russian invasion and prior to this year’s invasion. Had we done that, Putin might have been deterred.

It’s also essential to help Taiwan become a “porcupine”—difficult for Xi to ingest as he did Hong Kong in violation of international law and with virtual impunity.

In summary: Standing up to tyrants is very much in the American national interest. If we do so successfully, other nations will benefit. But that’s not altruism.