Was the Highland Park Shooting an antisemitic hate crime?

Home » Was the Highland Park Shooting an antisemitic hate crime? 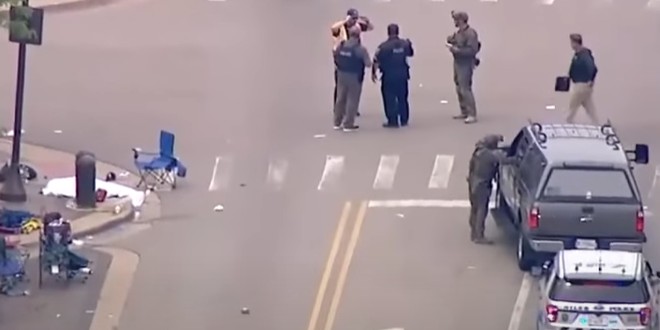 At a 4th of July Independence Day Parade on Monday in Highland Park, Illinois, at 10:14 AM, roughly 15 minutes after the parade had started, a 21-year-old man opened fire with a high-powered rifle from a rooftop, killing seven people and wounding at least 46 others. Over 100 law enforcement officers from multiple agencies responded to the shooting. The gunman ceased firing as law enforcement officers approached the building, fleeing the scene and evading immediate capture. The killer was apprehended eight hours after the shooting began and was charged with seven counts of first-degree murder.

There is no doubt that the shooter was emotionally disturbed and had attempted suicide in the past, but his motives are still a matter of intense public conjecture. A  rapper known as “Awake,” his most recent music videos featured images of mass murder and even school shootings. President Biden seized the opportunity to call for stricter gun-control legislation, even though the area has some of the strictest gun control laws in the country.

The town is heavily Democrat, leading to claims on social media that the shooter was associated with the right-wing and, more specifically, a supporter of former President Trump.

Bobby Crimo, aka Awake the Rapper, is the shooter responsible for the July 4 Highland Park Parade shooting.

He was a die-hard Trump supporter who released a QAnon-inspired song called “I Am The Storm.”

This is Trump’s Fourth of July gift to America. pic.twitter.com/FwQsuNOdZ6

Many of his crude drawings contained depictions of the symbol Suomen Sisu, a Finnish far-right association.

Sgt. Christopher Covelli of the Lake County Major Crime Task Force told reporters that the shooting appears completely random. He added that investigators have no information to suggest that it was motivated by race, religion, or any other protected status.

But others have come to a different, more disturbing conclusion.

The shooting began before the parade arrived at the building where the shooter waited. At the time, a Klezmer band, an instrumental musical tradition of the Ashkenazi Jews of Central and Eastern Europe, was playing traditional Jewish music. Unaware of the shooting, the band continued to play while people fled. Parade-goers are believed to have mistaken the shots for firecrackers at first.

The Jewish Telegraphic Agency reported that about one-third of Highland Park’s roughly 30,000 residents are Jewish. According to a 2020 study of the metropolitan Chicago area by researchers at Brandeis University and the University of Chicago, Highland Park is 50% Jewish, adding that about 3% of the Jews in Highland Park and its surrounding towns are Israeli.

The Israeli Consul General in Chicago, Yinam Cohen, told The Times of Israel that as many as four victims of the shooting were Jewish but denied that the shooting was antisemitic in nature.

We are utterly heartbroken to report the toddler who was separated from his parents in yesterday’s Highland Park shooting is now an orphan.

Both parents – Irina Levberg and Kevin McCarthy – were amongst the seven victims of yesterday’s mass shooting. pic.twitter.com/iwLtgRhnwT

“There are currently no indications that this was an antisemitic incident,” Cohen told TOI. “Even though the profile of the attacker might be thought to match such an incident.”

“The incident took place at a July 4 parade, [so] there is nothing to connect this to a Jewish incident,” Cohen told Channel 12.

The director of a local synagogue told JTA that he passed out both American and Israeli flags along the North Shore parade route. “In Highland Park, they prefer the Israeli flag,” he said.

The concentration of Jews was the motive behind a controversial 1977 march by Neo-Nazis in nearby Skokie, which is the home to many Holocaust survivors. In 1999, a white supremacist shot at a group of Orthodox Jews leaving prayer services in West Rogers Park on Chicago’s far northwest side. In 2019, Highland Park High School yearbooks had to be edited to remove Nazi and white supremacist elements from multiple students’ comments. This past April, around the Yom HaShoah Holocaust Remembrance Day, antisemitic flyers were found scattered throughout Highland Park and other North Shore communities.

After the shooting, Rabbi Yosef Schanowitz, a rabbi at the local Chabad synagogue located two blocks away from the site of the shooting, reported that the shooter had previously tried entering his Chabad House a few months earlier during the Passover holiday. Nonetheless, the rabbi told reporters that it was his belief that the shooting was not motivated by antisemitism.

The July 4th Highland Park shooter – Robert Crimo III – was asked to leave a Chabad synagogue he entered this past Passover.

Rabbi Yosef Schanowitz stated, “I approached him and sternly asked him to leave as I noticed he was not a member of the community.” pic.twitter.com/IcwlObM2VI

The building’s security guard also confirmed to the Forward that the suspect had visited the congregation during Passover, saying he gave his name and sat in the sanctuary for 45 minutes before leaving.