Hamas is More Popular than Fatah and its Popularity Keeps Growing 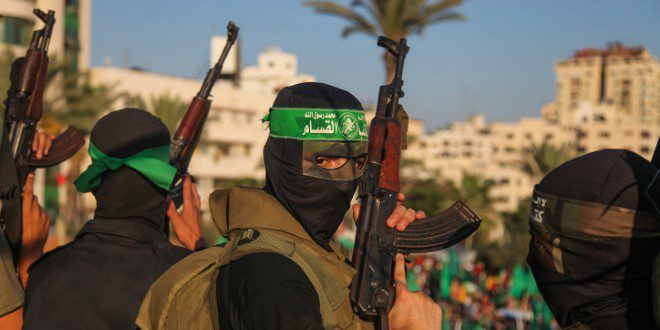 One of the backbones of Israeli, American and European policy vis-à-vis the Palestinian Authority over years has been to attempt to encourage Palestinian popular support for Mahmoud Abbas and his Fatah party, and reduce Palestinian support for Hamas, an internationally designated terror organization.

However, the results of Palestinian public opinion surveys over the last four years, show the steady growth in popularity of Hamas, and its leaders, at the expense of Fatah and its leaders.

Every quarter, the Palestinian Center for Policy and Survey Research (PCPSR) releases a poll, inter alia, looking at the relative popularity of Fatah and Hamas. Comparing the results of the June polls for the last 4 years shows the steady and consistent growth of Palestinian support for the Hamas terror organization:

The following chart presents the results of the polls over time: The results of the polls clearly show that support for Hamas and terror among Palestinians is solid. Indeed, Hamas’ highest showing by far in the 4 polls, when it led Fatah by 11%, was in June 2021 right after Hamas launched 4300 rockets and missiles into Israel.

Israel and the international community, not wanting the Palestinian Authority to be run by an internationally designated terror organization, have been taking steps in an attempt to strengthen Abbas/Fatah over his Hamas rivals.

Some of the steps taken by Israel over the last 4 years to bolster Abbas/ Fatah have included:

These measures and those taken by the US administration, such as renewing US aid to the Palestinians and to UNRWA, also appear to have had little effect in swaying the Palestinian views from support of terror and Hamas.

There might be simple explanations for Hamas increased popularity.

First and foremost, there are no fundamental policy differences today between Fatah and Hamas vis-à-vis Israel: both teach that Israel and Jews have no history in the land and therefore Israel has no right to exist; both present Jews as a menace to all humanity who brought Antisemitism upon themselves; both present the conflict with Israel as an Islamic war for Allah; both present all of Israel as “occupied Palestine” with the goal to eliminate Israel; both reward terrorists; both see terrorists’ dying in the act of attacking or killing an Israeli as the highest Muslim achievement of Shahada – Islamic Martyrdom.

Second, there is strong support among the Palestinians for “armed struggle,” a PA euphemism for terror, against Israel.  In the recent poll 55% of Palestinian expressed support for a return to “armed confrontations” as compared to 34% in 2019. This adds support for Hamas because there is a general perception that Hamas has been more successful in its terror against Israel than Fatah.

Third, Palestinians see Mahmoud Abbas and Fatah as very corrupt. In the recent poll of June 2022, 77% of the Palestinians want Abbas to resign, up from 57% in 2019, with 86% defining his administration as corrupt.

Since there are very small differences in goals and policy vis-à-vis Israel between Hamas and Fatah, Palestinians have shifted their support to the party they see as more successful at terror against Israelis and less corrupt against Palestinians.