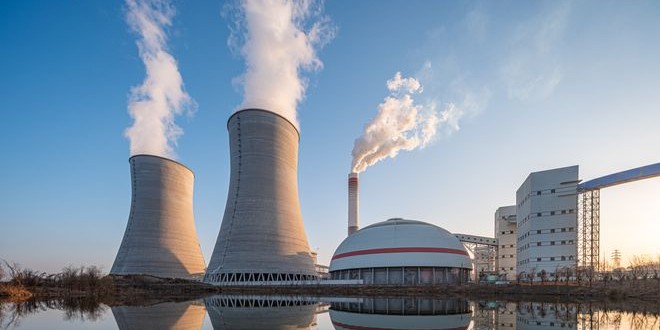 The deputy chief of Israel’s 8200 intelligence unit, “Col. U.,” said on Wednesday warned Washington of hacking attempts into power plants across the US in time to foil the cyberattacks.

This wasn’t the first time the US was made publically. This was also the first time a representative of the IDF’s secretive 8200 Unit discussed sensitive cyber intelligence in public.

In 2017 Jerusalem warned Washington about Russia’s Kaspersky antivirus software used to spy on them or install malware.

Col. U. said that an “adversary [Iran] attacked water facilities in Israel. We saw this attacker attempting to poison the water in an attempt to claim human lives. We mitigated that threat far ahead,” reports the JPost.

“Another adversary attacked Israel [and in the process of stopping the cyberattack,] we also found that they were attempting to target US power plants as well,” he said. “This was the first indication of this attack. It enabled preventing this threat through tight collaboration with our fantastic American partners.”

Israel has experience in stopping Iranian cyberattacks. In 2020, Israel foiled an attempted cyberattack on its energy sector.

“We’re Israel’s SIGINT”
Col U. said, “We’re Israel’s national SIGINT [Signal Intelligence] and Cyber Unit and are part of the defense intelligence in the IDF. Our mission is intelligence collection and [combating] crucial threats to Israel for the IDF and Israel’s policymakers. We are also a major player in the cyber domain in Israel and in Israel’s cyberdefense.”

“We’re Israel’s national SIGINT [Signal Intelligence] and Cyber Unit and are part of the defense intelligence in the IDF. Our mission is intelligence collection and [combating] crucial threats to Israel for the IDF and Israel’s policymakers.”

Col. U.
“Like it or not, we work in quite a tough neighborhood. This leads to ongoing high friction in a dynamic and intense environment,” said U. “We have new challenges each day. When we succeed, we save lives. When we fail, this becomes a major problem for our nation.”

“Counter cyber operations are a major part of our operations,” he added. “Once we obtain superiority over the attacker, we then act to deny their capabilities. First of all, by collaborating with industry and other agencies, but, if necessary, we do it on our own, implementing ‘our tools’ at some point, somewhere along the attack stream. 8200 won’t rest until the threat is removed.

“We are privileged to have a huge amount of talent. Each year, we recruit between 1,000 to 2,000 of the brightest girls and boys in Israel as they join the IDF at 18. This also makes our personnel very young. 73% are under the age of 23.”

“Our core values are democratic values and ethics. We have military decision-making procedures while allowing individuals to express their opinions and concerns,” the Unit 8200 deputy chief said.

“We are here, and we are willing to collaborate. Most of what we do will have to remain top secret, but some aspects of how we do it can and should be discussed. We are preventing cyber threats against Israelis, ensuring that Israel remains the supreme power in technology and cyber in our region.”