“Come, let us reach an understanding, —says Hashem. Be your sins like crimson, They can turn snow-white; Be they red as dyed wool, They can become like fleece.” 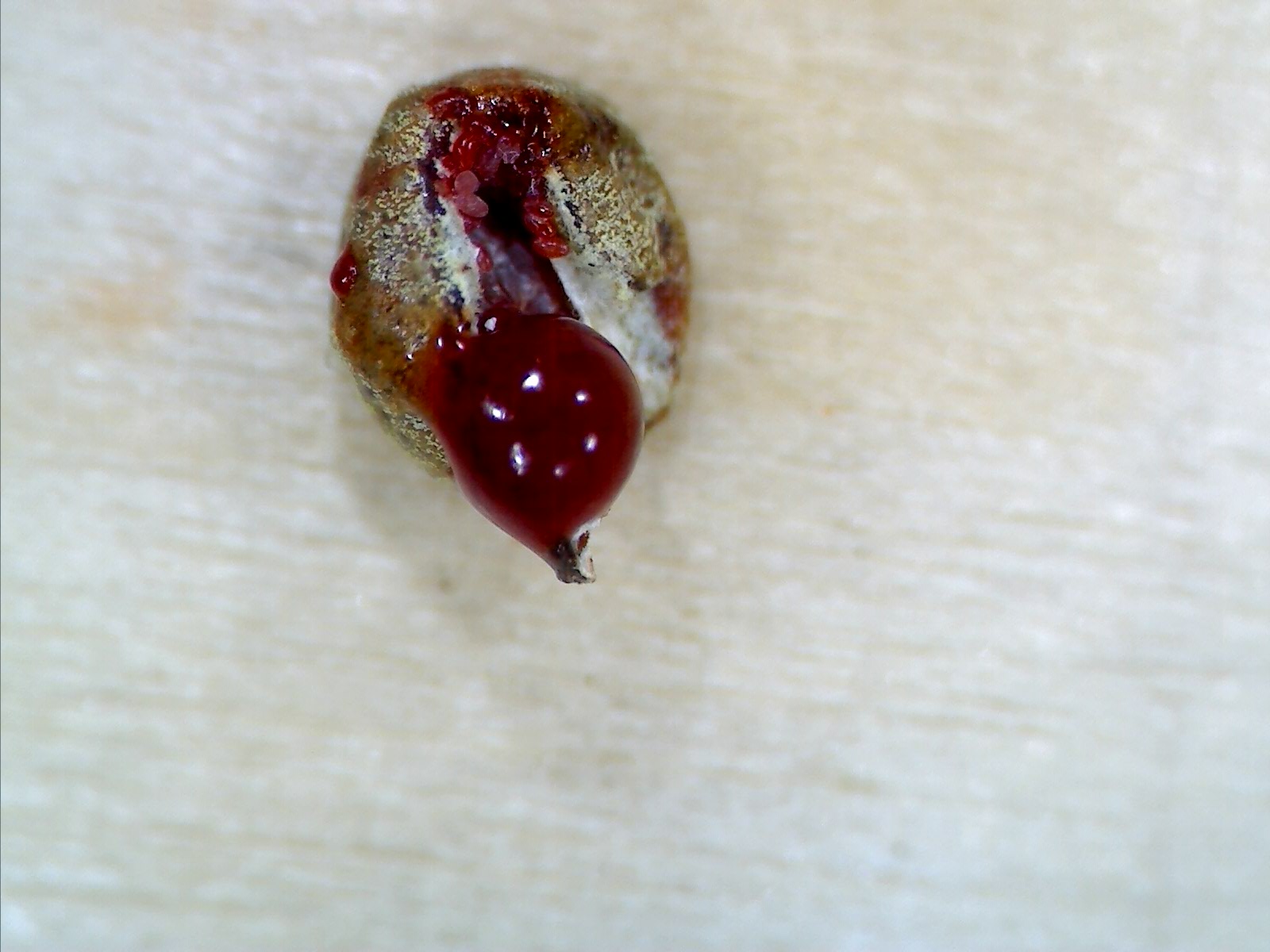 On Monday, the Temple Institute completed its study of the Biblical crimson dye with a practical demonstration. The study is part of the institute’s ongoing Red Heifer project led by Rabbi Yisrael Ariel and his son, Rabbi Azariah Ariel, as the crimson wool is a necessary element in the preparation of the ashes of the red heifer:

The cow shall be burned in his sight—its hide, flesh, and blood shall be burned, its dung included—and the Kohen shall take cedar wood, hyssop, and crimson stuff and throw them into the fire consuming the cow. Numbers 19:5-6

The study was concluded at an auspicious time as Jews worldwide are currently reading this section of the Torah concerning the Red Heifer. The ceremony of the Red Heifer is one of the most mysterious and inexplicable of all the ceremonies. A perfectly red heifer is slaughtered and burned entirely outside of the temple. The ashes are necessary to purify Jews who have been rendered ritually impure by contact or proximity to a dead body. Though the Temple service can be reinstated without the ashes of the red heifer, personal sacrifices will only be possible after the ceremony is reinstated.

The dye is referred to in the Bible as תּוֹלַעַת שָׁנִי (Tola’at Shani). This term is usually translated as crimson wool, but the actual term refers to the insect, which is the source of the dye. The dye produces a unique shade of red used for the Temple curtain, as well as the High Priest’s garments.

In 2002,  Dr. Zohar Amar of Bar Ilan University claimed to have verified the specific insect referred to in the Bible and even extracted some dye. He concluded that the color produced was orange rather than red.

“We checked many historical sources, the most important of which is Josephus, who was the last to describe and document the existence of the ‘Shani’ in the Temple,” Dr. Amar said. “Josephus describes the color as symbolizing fire, which is orange – as opposed to the red that many think it is. Our production process also produced orange.”

The rabbinic authorities have finally confirmed his conclusions at the Temple Institute. The process is quite involved. In rabbinic literature, the dye is referred to as zehorit, which was extracted from the body of the “crimson worm” (carmine), the Kermes biblicus. In Israel, this worm can be found on the branches of the oak Quercus ithaburensis found in a few specific areas of Israel and for approximately two weeks in the early spring. The females attach egg sacs to the tree and fill them with red eggs. The tree’s egg sacs are difficult to discern due to their size and color. Collecting the insects is painstaking and produces a minuscule amount of the dye. The demonstration was carried out by Rabbi Yehoshua Friedman, the dean of the Mikdash Yeshiva, a Torah institute that focuses on studies concerning the Temple. Rabbi Friedman, who has taken a Nazirite vow and thus has long hair, is a recognized expert in Temple-related issues.

The process begins by dissolving alum in boiling water, and then the insects are immersed in that water. The alum sets the dye and intensifies the crimson color. The wool is then immersed in the water and left to sit for about one hour. After it is removed from the water, the insects are then removed from the wool. Halacha (Jewish law) requires that the wool be immersed all at one and the initial effect of the dye be used for Temple purposes. Straining the insects may diminish the effect, so it is preferable to remove the insects only after the dying process has been completed.

A skein of crimson wool dyed in Shani was featured in the culmination of the Yom Kippur Temple Service. A skein was wrapped around the horns of the goat sent to Azazel. The skein of scarlet wool was removed from the goat’s horns and tied to a nearby rock, and thrown from a cliff. The cliff was so sheer that the goat tumbled and was torn to pieces from the fall. If this act of contrition forgave Israel’s sins, the crimson thread would miraculously turn white, as would the thread on the Temple doors. The Prophet Isaiah hinted at this aspect of the Yom Kippur service.

Under the auspices and direction of the Temple Institute, Orna Hirshberg, a resident of Itamar in Samaria, has dedicated herself to bringing back this necessary component of the Temple as part of the Temple-related work that is specific to women.

“I basically work alone and see this as my personal connection to the Temple,” Hirshberg told Israel365 News. “Every person has their special connection, but the purpose of the Temple is to bring all of mankind together to serve Hashem (God). The work itself should bring us together. I consult with the Temple Institute and the rabbis who study the sources in depth. Even so, it is one thing to learn how about the theory of the Temple and something else entirely to learn practically how to create it.”

She is currently working on embroidering garments for the Kohanim and producing the wool for the Red Heifer. She has woven a curtain for the Temple as a model to teach and inspire. In addition, making the curtain taught her a great deal about making the actual curtain.

“I am funding all of this myself,” she said. “To actually create these things for the Temple would be too much work and too much money for one person to take on themselves. But I pledged that my work with weaving and embroidery would be sanctified and not used for unholy objects. So this is what I do.”