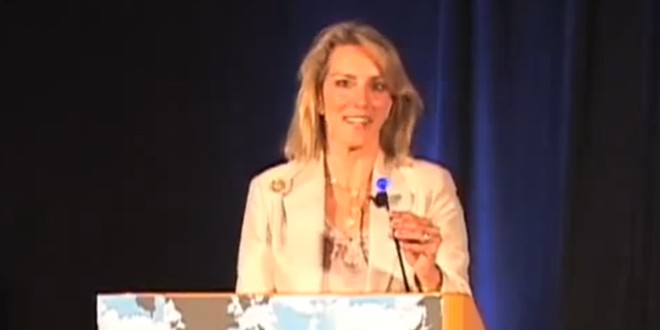 The Biden administration’s pick for ambassador to Brazil was blocked by the Senate Foreign Relations Committee after a party line 11-11 vote on Thursday, with Republicans on the committee uniting to oppose her.

Nominated for the position in January, the ascension of longtime diplomat and Democratic donor Elizabeth Frawley Bagley appeared uncontroversial until the Washington Free Beacon reported an interview with Bagley from 1998. In the interview, she said that money was the reason American lawmakers support Israel and the idea of moving the U.S. embassy to Jerusalem was stupid. The article galvanized Republican opposition to her nomination.

According to the Free Beacon, Bagley’s statements were from an interview for an oral history project at the Association for Diplomatic Studies and Training, where questions from the interviewer prompted her to speak on the effects Israel advocacy supposedly has on American politics.

“There is always the influence of the Jewish lobby because there is major money involved,” Bagley said about the Clinton administration. “But I don’t remember any major issues coming out on that, besides the usual ‘make Jerusalem the capital of Israel,’ which is always an issue in the campaign.”

She then called the idea of moving the U.S. embassy to Jerusalem “stupid.”

During Bagley’s nomination hearing before the Foreign Relations Committee on May 18, it was members of President Joe Biden’s own party who grilled her on her statements.

Sen. Ben Cardin (D-Md.), who is Jewish, said that the answers Bagley gave about the Jewish community caused him concern. He offered her an opportunity to respond.

“The choice of words fit into the traditional tropes of anti-Semitism. And I know your background, I know who you are, and it is just language that we would think that as a diplomat—you had then been ambassador to Portugal—that your language would have been more guarded than that,” Cardin said.

Bagley characterized the interview as a free flowing conversation and said that she regretted her “poor choice of words.”

“I’m very sorry about that choice of words and none of them reflect any of my thinking then or now,” she said.

Sen. Robert Menendez (D-N.J.), the committee’s chairman, pushed even further, noting that Bagley’s anti-Semitic statements started with her saying that the anti-Cuba influence on politicians exercised by Cuban immigrants in the New Jersey area is similar to that of the political influence of the Jewish lobby—meaning that she believed their influence to be much greater than their population.

“Explain to me what you meant by that. Is it a suggestion that one group of Americans don’t have the right to engage in the political process as others do?” Menendez, who is a Cuban American and pro-Israel Democrat, asked.

Before the vote on Thursday, the Republican Jewish Coalition (RJC) called on the Biden administration to withdraw Bagley’s nomination or, if it does not, for the senators to reject her nomination.

“It is sad and troubling that this isn’t the first time the Biden administration has put forward a nominee who is hostile to Israel and the Jewish people,” he added.

Morton Klein, the national president of the Zionist Organization of America, said that his organization was deeply concerned about the nomination of another person apparently hostile to Jews by the Biden administration and praised the committee members for voting against her nomination.

“U.S. embassies are required to serve Americans visiting or living in the host country without discrimination. Ms. Frawley’s remarks raise serious, disqualifying concerns about how she will treat Jewish Americans visiting or living in Brazil,” Klein said in a statement. “Moreover, Brazil has a significant Jewish community of over 120,000 people, well-integrated into all aspects of Brazilian society. It would be deeply insulting and distressing to this community to send a U.S. ambassador to Brazil who has Bagley’s history of using ugly anti-Semitic tropes.”

Rep. Lee Zeldin (R-N.Y.) on Monday applauded the Republicans on the committee for not advancing Bagley’s nomination after her anti-Semitic comments came to light.

“Slamming ‘Jewish money’ in politics is one of the oldest, most dishonest and blatantly anti-Semitic tools of far-left activists and politicians, such as [Rep.] Ilhan Omar [D-Minn.], to shame and undermine U.S. support for Israel. Ms. Bagley’s dismissive and flagrantly anti-Semitic and anti-Israel comments should disqualify her from pushing papers at the State Department, much less being the face of a U.S. diplomatic mission,” Zeldin said in a news release.

Zeldin, one of two Jewish Republicans in the House of Representatives, is a member of the House Foreign Affairs Committee and co-chair of the House Republican Israel Caucus. He added that it should not have fallen to Republicans alone to block Bagley’s nomination and that it should be withdrawn by the president in order to make clear that such “gross rhetoric has no place in American diplomacy, government or politics.”

“[Biden’s] failure to do so and leading Democrats’ silence on the rising tide of anti-Semitism within their party is once again deafening,” he said