Often, scorching heat ravaged me by day and frost by night; and sleep fled from my eyes. 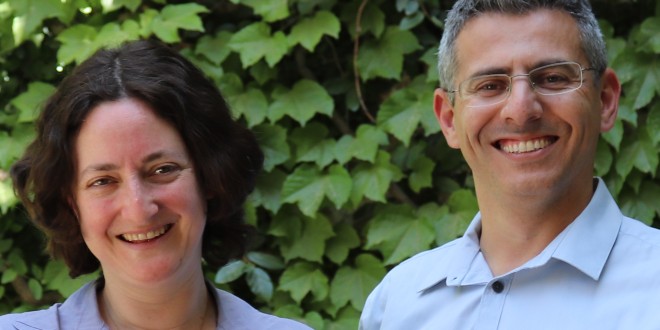 Israeli medical residents learning a specialty who are supervised by senior hospital physicians are known to be overburdened – working shifts several times a week that drag on 26 hours at a time. Their overwork has led to major protests by young doctors who spend most of their time in the wards, with little time left over for their families.

Perhaps that is the reason that a new Israeli study of 67 hospital doctors who recently completed night shifts showed less empathy for patient’s pain, exhibiting decreased emotional responses to pictures of people in pain and consistently scoring their patients low on pain assessment charts.

The new Israeli study published in the Proceedings of the National Academy of Sciences (PNAS) and entitle “Physicians Prescribe Fewer Analgesics During Nightshifts Than Dayshifts” found that physicians prescribed less pain medication during nightshifts than during the day.

The research was conducted by a multidisciplinary team led by Prof. Shoham Choshen-Hillel from the Hebrew University of Jerusalem (HU)’s School of Business Administration and the Federmann Center for the Study of Rationality, HU psychology department’s Dr. Anat Perry, together with Dr. Alex Gileles-Hillel from Hadassah-University Medical Center and HU.

In the first part of the study, 67 doctors were given empathy assessment tasks in the morning and asked to respond to simulated patient scenarios. These doctors were either at the end of a 26-hour shift or just beginning their workday. The study found that doctors who recently completed night shifts showed less empathy for patient’s pain. For example, these physicians showed fewer emotional responses to pictures of people in pain and consistently scored their patients low on pain assessment charts.

In the second part of the study, the researchers looked at actual medical decisions made by emergency room doctors in the US and Israel. In all, they analyzed 13,482 discharge letters for patients who came to the hospital between 2013 to 2020 with a chief complaint of pain (headache and back pain). Across all data sets, physicians were 20% to 30% less likely to prescribe an analgesic during nightshifts (compared to daytime shifts) and prescribed fewer painkillers than were generally recommended by the World Health Organization (WHO).

This bias remained significant even after adjusting for patients’ reported level of pain, patient and physician’s demographics, type of complaint, and emergency department characteristics.  “Our takeaway is that nightshift work is an important and previously unrecognized source of bias in pain management, likely stemming from impaired perception of pain. The researchers explain that even medical experts, who strive to provide the best care for their patients, are susceptible to the effects of a nightshift,” Perry noted.

Looking ahead, the researchers suggest carrying out more structured pain management guidelines in hospitals.  Another important implication relates to physician work structure and the need to improve physicians’ working schedules. “Our findings may have implications for other workplaces that involve shiftwork and empathic decision-making, including crisis centers, first responders and the military. In fact, these results should probably matter to all people who are sleep deprived,” added Gileles-Hillel.

In addition to the three lead authors, the Israeli authors included Tom Gordon-Hecker, Shir Genzer and Salomon Israel from the Hebrew University and Ido Sadras and David Rekhtman the Hadassah-Hebrew University Medical Center in Jerusalem. The US research team included David Gozal, Koby Clements, and Adrienne Ohler from Missouri University, and Eugene Caruso from the University of California at Los Angeles.