Iraq’s Miracle: A Country that No Longer Needs a Leader or Government

Home » Iraq’s Miracle: A Country that No Longer Needs a Leader or Government 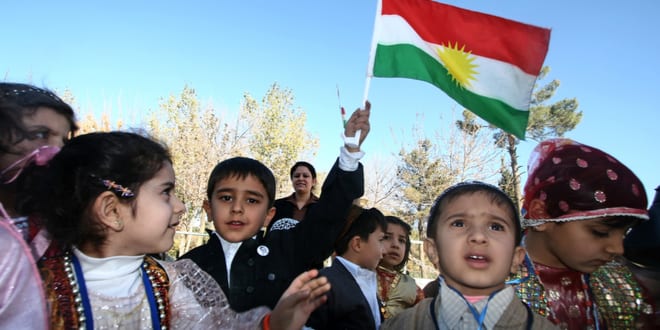 Iraq’s non-leader Muqtada al-Sadr, who usually makes headlines for being unwilling to take charge of anything despite having the support of millions of Iraqis, withdrew his party’s 73 parliamentarians, making it harder for Iraq to form a government.

The miracle of Iraq is that, after years of political chaos, it continues to function despite having no real leaders.

At first glance, Iraq might be considered one of the first post-states, proof that people can live without governments. However, this assessment breaks down upon recognition that the country has been taken over, at least in part, by Iran in the center and south, and by Turkey in parts of the north.

Between these two powerful neighbors there are other governments, including the wealthy, stable, and relatively powerful Kurdistan autonomous region. There is also the Iranian-backed Hashd al-Shaabi, the system of militias that run parts of Iraq. And there is a competent counter-terrorism force.

Still, Iraq is something of a miracle because it has gone from once being a stable and wealthy state governed by the genocidal maniac Saddam Hussein in the 1980s, to living under sanctions in the 1990s, to the US invasion of 2003, to the chaos of insurgency and then ISIS genocide in 2014, and now non-leadership.

The state no one wants to lead

Iraq has a leader in name: President Barham Salih. Mustafa Kadhimi, the well-meaning prime minister, helps hold the country together.

Ankara, which backs extremists in the region and enabled thousands to cross into Syria to join ISIS in 2014, continues to destabilize Iraq, claiming to fight “terrorism.” Meanwhile, Iran uses Iraq as a jumping-off point to attack US forces and threaten Israel via Syria.

Sadr, the populist, continues to play at politics but refuses to lead, saying he will not participate in elections due to state corruption. “The unprecedented mass withdrawal of the al-Sadr bloc has dramatically altered the political landscape in Iraq, throwing government formation talks into further doubt,” says Al Jazeera.

At Al-Ain Media in the Gulf, a writer named Ali Al Sarraf wonders why the options for Sadr have closed in on him. “Was his departure from the political process moody, or were there reasons that revealed a more dangerous reality?”

The author says Sadr “preferred to give up everything, including his current seats in Parliament. What caused a seismic effect on the balance of forces? Since the compensation substitutes came mostly from the pro-Iranian groups, these groups suddenly became a dominant force, and they could alone form the government if they wanted.” I.e., Iran is the main beneficiary of Sadr’s withdrawal. Sadr has posed as an Iraqi nationalist before and has proven he is incapable of leading.

The Al-Ain article claims huge sums have allegedly been “looted” from Iraq. “By some estimates, it allowed the looting of at least $400 billion of its first trillion dollars in oil revenues during the first fifteen years after the invasion of Iraq…. Most of this money went to Iran. This spoiled many aspects of the international sanctions against it, and provided it with the ability to practice more acts of escalation and destabilization in the region.”

Al-Ain‘s article continues: “This transformation provided a positive indication that Iraq could find an authority that actually combats corruption. However, al-Sadr’s withdrawal from parliament and the political process brought the corruption ball back to its first place…. This may have been the first trigger for feelings of frustration.

“Given that Iranian-affiliated groups are in fact armed forces, and dominate many positions in government institutions, the battle against corruption may have seemed a lost battle in advance. Especially since the purges [of corrupt officials] would have led to armed conflicts and divisions within the security institutions themselves.” Indeed, whenever Kadhimi has tried to confront the pro-Iran axis in Iraq, he has been threatened, with pro-Iran groups even flying an explosive drone into his house.

The article reports that Sadr tried to buck the sectarian system, to work with the Kurdish parties, PUK and KDP, to work with Sunni parties, and that these steps would have eroded Iran’s role.

The Al-Ain notes that “the clash with the Kurds over the management of the oil fields in northern Iraq has become a constitutional clash. This prompted the Kurdish leaders to suggest that they would be the first to leave the political process, unless their demands regarding the independence of Kurdistan’s oil wealth from the authority of the center were met.” So Al-Sadr found all options closed. He couldn’t get Kurdish parties on board; he didn’t have Iran’s backing.

The problem of pro-Iranian groups

But the pro-Iran groups also have a problem.

“Pro-Iranian groups, which celebrated by winning a surprise prize, will not find Kurds who support their pro-Iranian approaches.” Indeed, they will not control Iraq. “The militias affiliated with Iran continued to attack the headquarters of the Kurdish parties in Baghdad until they were closed. [Iranian-backed groups have attacked Erbil in the Kurdistan region] … the Iranian Revolutionary Guards took charge of directly performing this task, during the months of negotiations between the blocs on forming the government, in order not to embarrass its [local] groups.”

The article notes that “the Kurds are now threatening to withdraw from the political process and return to the pre-2003 conditions in which the Kurdistan region enjoyed undeclared independence.” Meanwhile Rudaw media in Erbil says that “the Prime Minister of the Kurdistan Region Masrour Barzani on Monday stated that Erbil has always been willing to resolve issues with Baghdad in accordance with the Iraqi constitution, stressing that the Region’s rights must not be violated.”

Now Iraq enters a new political chaos. But it is a miracle that the country continues to remain relatively stable despite the absence of any real leaders.