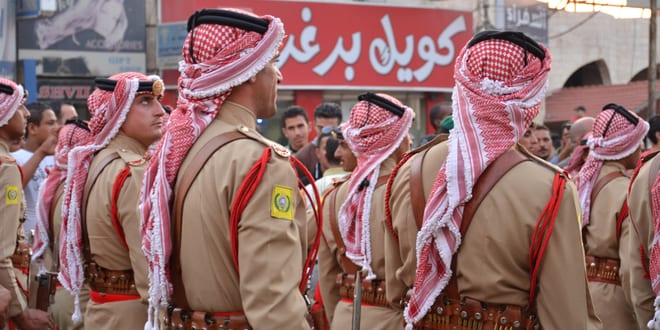 Jordan’s King Abdullah II has expressed support for the formation of a Middle Eastern military alliance similar to NATO, NBC reported on Friday.

“I would be one of the first people that would endorse a Middle East NATO,” said the Jordanian leader during an interview last week with the American media outlet.

The Hashemite Kingdom works actively with NATO and sees itself as a partner of the alliance, having fought “shoulder-to-shoulder” with NATO troops for decades, NBC quoted King Abdullah as saying.

“I’d like to see more countries in the area come into that mix,” he stated.

However, he added, “The mission statement has to be very, very clear. Otherwise, it confuses everybody.”

Middle Eastern countries have also begun cooperating to deal with challenges that stem from the Russia-Ukraine war, he added.

“All of us are coming together and saying ‘how can we help each other,’” he said.

“Energy and commodity prices have soared following Russia’s unprovoked invasion of Ukraine. Jordan is an energy importer, but Abdullah noted that a nation with oil but no wheat will also need help,” the report stated.

In November 2021, Israel and Jordan signed a memorandum of understanding for a water-for-solar energy deal.

Under the deal, Jordan would build 600 megawatts of solar generating capacity to be exported to Israel for 200 million cubic meters of desalinated water.