Now That Israel Has Prostitutes and Thieves, Is It Time For A Functioning Political System?

Home » Now That Israel Has Prostitutes and Thieves, Is It Time For A Functioning Political System? 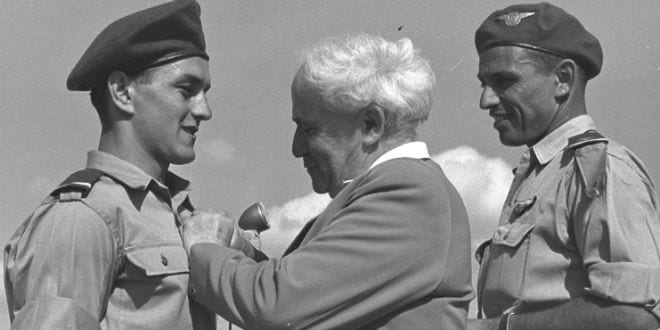 David Ben Gurion famously once said: “When Israel has prostitutes and thieves, we’ll be a state just like any other.” Ben Gurion’s vision of Zionism was the creation of a state for the Jewish people to bring about the normalization of the Jews. And normalization means having a country like any other — of course, his quote suggested a sign of normalcy would be that the State of Israel would have criminals just as every other country in the world.

Today, Israel is well beyond that. Start-up Nation has transformed the Middle East and has contributed so many positive things to the world.  Perhaps along with that, the country should consider changes to her form of government, with news that Israel’s governing coalition will dissolve Parliament and the country will see the fifth election in three years.

Maybe, just maybe Israel post-Covid needs a cohesive tourism program.  Maybe the current minister thinks that evangelicals are a good target and has invested time to attract them – well now, that program is out the window, as is funding and commitments for said schedule.  The same goes for many other important initiatives and projects.

Now, the truth is besides personality conflicts (Can one pronounce Netanyahu?) there’s not major differences between approaches to Iran, the Palestinian conflict or regional issues, but on issues of education, public safety, the economy, consistency is key.  So is the ability to plan, produce, work.

Perhaps the most important think that the Bennett government did was exist – just actually exist in the sense that Israel continued on without Netanyahu in charge.  But maybe now people who care should try to change the system to ensure that Israel can thrive.

Given the fact that politicians will be politicians, I don’t hold my breath.  Netanyahu wants to return to power, Bennett may not even be in the government – none of it makes any sense. Israel surely has prostitutes and thieves – maybe in time it will have a stable functioning political system.