Enraged at Balaam, Balak struck his hands together. “I called you,” Balak said to Balaam, “to damn my enemies 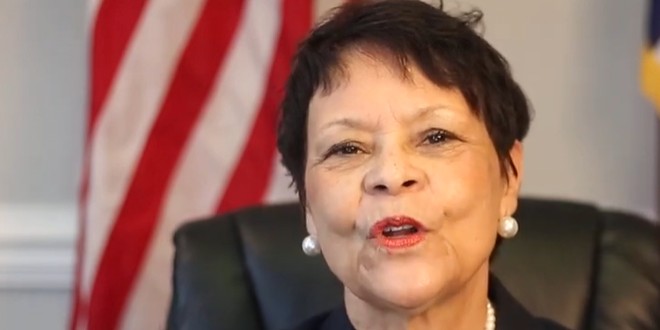 The North Carolina Democratic Party concluded its convention on Saturday by passing a rabidly anti-Israel platform. The Democrats’ platform resolution states that the anti-Israel resolutions are a part of the US’s  “obligation to uphold and promote human rights around the world.” It cites similar positions taken by Amnesty International, B’Tselem, Human Rights Watch, and Yesh Din. Though all of these organizations claim to serve humanitarian purposes, they all have a history of extreme anti-Israel bias and only report alleged Israeli offenses while refusing to report Palestinian humanitarian abuses.

The resolution claims Israel is an “apartheid state. This claim has been credibly refuted as many times as it has been made.

Apartheid was a system of institutionalized racial oppression in South Africa and southwest Africa from 1948 until the early 1990s. This system denied non-white South Africans fundamental human rights, such as the right to vote. Apartheid ensured that South Africa was dominated politically, socially, and economically by the nation’s minority white population. Public facilities were segregated by race.

It should be noted that as Israeli citizens, Arabs are afforded all civil rights and liberties. They vote, and the Arab bloc represents the third-largest party in the Knesset. The only restrictions are in some Jewish religious sites which are closed to Jews. Ironically, Palestinian citizens have not voted in 17 years as the PA has not held elections.

The Anti-Defamation League slammed the claim of apartheid, writing, “While Israel’s policies and practices can certainly be criticized, it is not factually accurate to say they are akin to a permanent and institutionalized system motivated and designed by racism.”

A UN Commission of Inquiry to the United Nations Human Rights Council (UNHRC) has most recently made the claim. It was refuted by Christian pro-Israel activist and Johannesburg native Olga Meshoe Washington, who debunked UN accusations of Israeli “apartheid” against the Palestinians.

Some of the other North Carolina Democrat anti-Israel resolutions are:

The resolution also referred to the recent killing of Al Jazeera reporter Shireen Abu Akleh, who was killed when caught in the crossfire between heavily armed Palestinian terrorists and IDF troops in Jenin last month. The resolution cited a CNN investigation that found that “Abu Akleh was killed in a targeted attack by Israeli forces” and investigative reporting by Bellingcat, which “found that the Israeli forces were most likely to have been responsible for the killing,” which the resolution referred to as a “targeted killing.”

The resolution claimed that “Israel has decided not to investigate the killing.” The truth is that no investigation has been carried out because the Palestinian Authority refuses to cooperate with any investigation and also refuses to turn over the bullet that killed Abu Akleh for others to inspect. On that basis, any conclusions are purely speculative.

The resolution also called to establish May 15 as Nakba Day to commemorate the “catastrophe” of the establishment of Israel. In this section, the resolution makes several historically inaccurate claims:

“At the end of the 1948 war, Israel took control of 77% of Palestine by establishing the Green Line. subsequently, Israel occupied the remaining 23% of Palestine during the 1967 war and now controls all of Palestine.”

Israel did not take control of or occupy Palestine as no such entity has ever existed. The “Green Line” was a temporary armistice line drawn up as a disengagement agreement between Israel and its neighbors, with the fate of the regions to be decided in later negotiations. Israel has not annexed “the West Bank,” more correctly known as Judea and Samaria. They are frequently inaccurately referred to as the “occupied territories” and are more accurately described as “disputed territory.” The notable exceptions are the sections of Jerusalem captured in 1967 and the Golan Heights, which have been incorporated into Israel.

“Of the seven resolutions devoted to foreign affairs, three are focused on criticism of Israel,” said the NCJCA Steering Committee, including Rabbi Judy Schindler, Rabbi Eric Solomon (co-chairs), Rabbi Mark Cohn, Rabbi Lucy Dinner, Rabbi Andy Koren, Cantor Shira Lessek, and Rabbi Batsheva Meiri. “While some of our clergy are sympathetic to some of the claims embedded in the statements, on the main, these resolutions are not thoughtful nor balanced. In short, they contain one-sided representations of the complexities of the decades-long Arab-Israeli conflict.”

“Sadly,  such party stances often lead to the demonization of Jews and Israelis, ignoring Israel’s genuine security concerns, playing upon age-old anti-Jewish stereotypes, and includes language which implies that Israel should cease to exist as a sovereign state. Furthermore, given the troubling rise in direct acts of anti-semitism against many North Carolina synagogues,  we consider these resolutions to be potentially dangerous.”

“The North Carolina Jewish Clergy Association is officially non-partisan. However,  within our ranks, we include numerous clergy who, as private citizens, affiliate as Democrats. This effort to single out Israel in the party’s platform is particularly disappointing for our NC Jewish clergy affiliated with the Democratic party.”