So Yosef collected produce in very large quantity, like the sands of the sea, until he ceased to measure it, for it could not be measured. 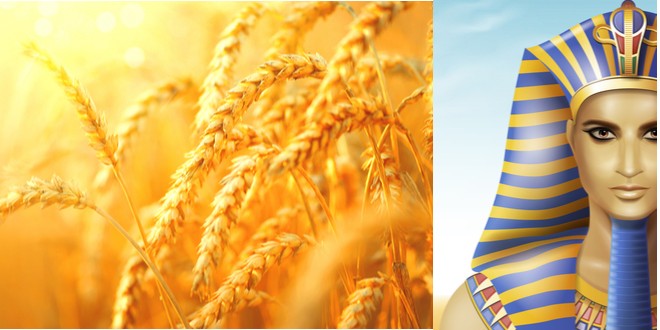 With broad swaths of fertile farmland, Ukraine has long acted as Europe’s bread basket. The aftereffects of Russia’s invasion three months ago are just starting to be felt but are feared to be far-reaching. After two years of pandemic shutdowns and restrictions, the war’s effects are magnified. The UN’s Food and Agriculture Organization’s Food Price Index is the highest since the index began in 1990. Eight types of food products are stocked in the emergency food reserve managed by the Chief Food Authority, replenished in a first-in-first-out rotation in quantities sufficient for the period determined by the reference scenario: baby food; dry yeast; flour; canola and soy oil; white sugar; coffee beans; tea; and white rice.

The UN World Food Programme’s Executive Director, David Beasley, said: “Conflict, the climate crisis, Covid-19, and surging food and fuel costs have created a perfect storm — and now we’ve got the war in Ukraine piling catastrophe on top of catastrophe.”

The 2022 Global Report on Food Crises said about 180 million people across 40 countries would face certain food insecurity, which can also lead to malnutrition, mass hunger, and famine.

Ukraine and Russia produce about 29% of the world’s wheat supply. Israel imports its wheat mainly from Russia and Ukraine, but in the tradition of Joseph storehousing wheat to feed Egypt for seven years of famine, Israel is prepared. The National Emergency Authority (RACHEL) is responsible for emergency food reserves for the home front. In an interview with The Media Line on Sunday, Lilach Weissman, the spokesperson of the Israeli Finance Ministry, reassured Israelis that the situation was under control.

“There is a stock [of wheat in Israel, enough] for a very long period ahead, so there is no impact at the moment, and no shortage is expected,” she said.

This was graphically illustrated in a Channel 13 News video:

But the video also emphasized that the piles of grain from Ukraine and Poland had not been replenished since the war began.

“If the war is no longer than that, then a shortage is not expected,” Dr. Yael Hadass, head of the economics program at Reichman University’s International School in Herzliya, told The Media Line.

But grain is not the entire story. Fuel prices have risen sharply worldwide, but this is felt even more in Israel, which currently has the eighth-highest fuel prices in the world, the highest level since 2014.

But even in this regard, Israel has been blessed, taking on the role of Joseph in Egypt, providing natural gas to the nations. On Wednesday, Israel and the European Union signed a natural gas export deal during a regional energy conference in Cairo, allowing “significant” exports of liquified Israeli gas to Europe for the first time. The EU is looking to reduce its reliance on Russian energy. Last year, the EU imported roughly 40 percent of its gas from Russia. The agreement will see Israel send gas via Egypt, which has facilities to liquify it for export via oil tankers. The agreement is initially expected to bring in an annual $290 million for Israel.

Israel has two operational gas fields off its Mediterranean coast containing an estimated 690 billion cubic meters of natural gas combined, and a third offshore rig is in the works.