Should moral considerations be brought to bear in foreign and security policy? Attitudes of Israeli Jews polled

Home » Should moral considerations be brought to bear in foreign and security policy? Attitudes of Israeli Jews polled 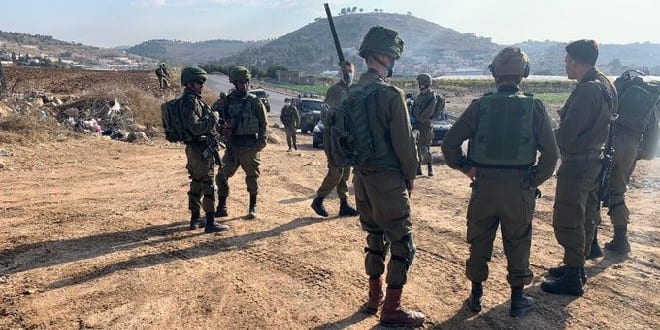 The bloody war in Ukraine has created an array of policy dilemmas for Israel that require it to navigate issues regarding its relations with other countries, the security interests it needs to safeguard, its image as a state, immigration and absorption issues, and more. These dilemmas have provided an opportunity to address the larger questions of balancing “moral” and “policy” considerations in Israel’s conduct, and to examine the Israeli public’s attitudes toward the appropriate balance on these matters.

Ahead of a Jewish People Policy Institute (JPPI) conference on this topic held in Jerusalem earlier this month, a public opinion poll was conducted to determine what Israeli Jews think about a number of questions pertaining to morality and policy, both in general and in terms of specific dilemmas presented in the survey.

A large majority of Israeli Jews in the new poll feel that Israel is a moral country and that the Israel Defense Forces (IDF) is a moral army. A large majority believes that in foreign and defense policy, interests and moral considerations must be balanced. However, the more prevalent tendency is for a balance that prioritizes interests over morality.

An Israel Democracy Institute (IDI) survey from 2021 found that a large majority (77%) of the Jewish public and 35% of the Arab public gave the IDF a high rating for moral conduct in armed combat. In the same survey, nearly three-quarters of Israeli Jews (72%) said that strict compliance with the law limits the IDF and makes it hard for it to fulfill its military functions.

Jewish public in Israelis believe that their country operates morally and has confidence in the morality of the IDF. Only 16% of respondents, nearly all of whom identify as “leftists,” believe that Israel is “not very moral” or “highly immoral.”

The IDF’s image as a moral army is even stronger than Israel’s overall image as a moral nation. Three out of four Israeli Jews agree with the claim that the IDF “is the most moral army in the world,” and nearly half feel that this is a “highly accurate” claim (47%). These figures are similar to data collected for comparable questions in earlier years, and indicate that the incidents that occur from time to time that raise questions and criticism abroad, as well as in Israel, regarding the IDF’s conduct (as in the recent incident where the Palestinian journalist Shireen Abu Akleh was hit by gunfire of unknown origin) do not undermine the Jewish public’s confidence in Israel’s values-based conduct.

As with other studies conducted on this issue, the interpretation given by Israeli Jews to “the lessons of the Holocaust” became clear.

Most feel that the main lesson of the Holocaust is the need for determination in protecting Jewish lives. Israel’s Jewish citizens interpret the country’s Jewishness as something that chiefly dictates a “tribal” commitment to the protection of Jews – more than it dictates a commitment to the “universal” principles of humanism.

More respondents chose as a key lesson “resolve in the protection of Jewish lives” (51%) than the option of special sensitivity to violence against innocents (32%). When the answers to the European scenario question were cross-referenced with the data on attitudes toward the main lesson of the Holocaust, the results were surprising – no significant relationship was found between the principled conception of the meaning of the past events in Europe and the practical conception of how Israel should function today.

The survey respondents’ general position of principle is that Israel’s interests should be regarded with primacy – as a fundamental given, to which moral considerations, if possible, should be added. Only 13% of the Jewish public feel that moral considerations should not be included in foreign and defense policy in general, while a large majority (83%) chose one of the three “balance” options. Slightly under a third chose “interests,” with exceptions for moral considerations in special cases. A similar proportion chose the opposite option: morality, with exceptions for Israel’s interests in special cases. Another fifth chose an “equal” balance of the two options (only a very small two-percent minority would like Israel to base its actions solely on moral considerations).

Belief in the fundamental morality of Israel and its institutions and the aspiration to defend the Jews of Israel and their country as an overarching goal drive Israelis’ choices when presented with various foreign and defense policy dilemmas. First, in the case of Ukraine and Russia, the researchers said it is clear that most Israelis are satisfied with the government’s course of action so far. They understand and accept the need for the government to attempt to strike a balance between expectations that Israel will join the Western bloc working to thwart Russia and the special circumstances that oblige Israel to act cautiously vis-à-vis Russia.

On the one hand, almost no one in Israel’s Jewish sector feels that Israel should have sided with Russia in the war. On the other hand, the share of those who would have risked harsher condemnation of Russia and more significant support for Ukraine is relatively small (17%). Most respondents believe that aiding Ukraine without jeopardizing Israel’s relations with Russia is the right choice.

There is also a sizeable minority who think the war is none of Israel’s business and that it would have been possible to avoid involvement in it (24%). Only among those who self-identify as “left” politically (a small segment of five to seven percent of the Jewish population) was there a clear tendency to choose the option that could potentially endanger relations with Russia (48%).

In two hypothetical scenarios presented in the survey, these questions elicited similar answers: 1) Should spyware be sold to an Arab ruler who would presumably use it against his citizens; and 2) Should we maintain our regular warm relations with an Asian country whose democratic system has been replaced by a dictatorial regime? In both cases, most respondents tended to choose an intermediate option that would protect Israeli interests while upholding moral principles.

In the Arab-country scenario, 42% chose the middle option: “sell the software only if it’s possible to verify in advance that it will not be used against citizens” (from this, one may infer that if such verification is impossible, then the sale cannot be made, although the question wasn’t explicitly posed that way). It should be noted that a large segment of respondents – about a third – opposed selling the spyware to the Arab state under any conditions.

In the Asian country scenario, a large majority (72%) said that relations should be cooled slightly, especially in the security sphere, but that ties should be maintained.

The data presented in this paper were collected in preparation for the Jewish People Policy Institute’s June 2022 Ukraine: A Case Study conference. The survey was conducted by TheMadad.com in May 2022. Its findings were analyzed by Prof. Camil Fuchs, based on 1,070 questionnaires whose weighted answers represent the views of the Israeli Jewish public. Sampling error for the entire sample is 3.1%.