And Hashem said to Moshe: Take the herbs stacte, onycha, and galbanum—these herbs together with pure frankincense; let there be an equal part of each. Make them into incense; a compound expertly blended, refined, pure, and sacred. 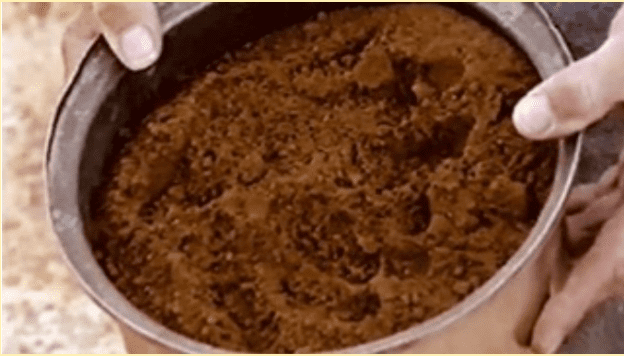 Avraham Sand is a master aromatherapist who has been traveling the world for over two decades to create his own organic essential oils. He has trained an army of aromatherapists in person and through his online courses and authored Mystical Aromatherapy: The Divine Gift of Fragrance.

In addition to his studies in aromatherapy, Avraham was a student of Rabbi Shlomo Carlebach, the famed “singing rabbi” who was also a renowned Torah scholar and teacher. Avraham lives in Mevo Modi’im, the community Rabbi Carlebach established in 1975. Avraham combines the two disciplines, incorporating Torah concepts into aromatherapy. In addition to his more than 120 essential oils, he offers a Temple Incense set composed of the eleven spices used to make the incense in Solomon’s Temple.

Avraham sees the aroma of the ketoret as a sensory gateway to redemption.

“The ketoret (Temple incense) is the fragrance that elevates every person to the highest level of consciousness,” Avraham explained. “This is what most people think of as prophecy. Usually, with aromatherapy, each person has a different formula and a different blend of oils. This requires a fragrance test to ascertain their blend. But the ketoret is the skeleton key. It works with every single person. It goes tearing right through their consciousness. elevating them to the highest level known as prophecy.”

Avraham cited the Jewish source who teaches that in the story of the Garden of Eden, all the senses except for one are mentioned – sight, touch, taste, and hearing ( Genesis 3:6-8). Only the sense of smell is missing from this story. The sages learn that the sense of smell was not tainted in the Garden of Eden and remained in its original pure state, unsullied by sin. The Talmud (Brachot 43:b) teaches that fragrance is the only thing the soul derives pleasure but the body does not. Indeed, Jews bless over pleasant fragrances just as we bless over food and drink.

“The sense of smell goes directly to the limbic lobe in your brain,” Avraham said.

The limbic system is the part of the brain involved in our behavioral and emotional responses, especially when it comes to behaviors we need for survival: feeding, reproduction, and caring for our young, and fight or flight responses.

“This is the higher consciousness part of the brain and science doesn’t really understand it. The limbic system transcends logic and reason and constantly makes mistakes. The limbic system can become more open or more closed. When you allow yourself to access it, then you can more accurately perceive a fragrance. Fragrance is the language of the higher consciousness. That is how the ketoret worked in the Temple. It goes around the rational mind and goes straight to the higher limbic consciousness. This is a higher place of unconditional love. That is prophecy; unconditional love for all of Israel and all of creation.”

“That is the level we all need to reach and the ketoret can take us there. But we can’t reach that level, we aren’t allowed to burn the ketoret without the Temple and the Golden Altar.”

Avraham also explained that the ketoret was archetypal medicine.

“Before God created man, he placed all the plants and herbs in the Garden as medicines. God presented it to Man. for most of human history, plants and herbs were the medicine. We’ve lost touch with that,” Avraham said.

His point is powerful, as the Bible records how the Temple service was used to avert plagues and epidemics. Aromatherapists and naturopaths use frankincense, one of the elements of the ketoret made from the resin of the Boswellia tree, to treat viral infections and during the recent pandemic, there were reports of frankincense being used efffectively.

Avraham explained that modern perfumes and fragrances are manufactured, mostly from petrochemicals, to mimic the natural odors but because they are manmade, they lack the health benefits.

“Before commercial perfumes, doctors and healers were the perfumers,” Avraham said. “Because perfume was medicine. It was for the body and soul. That is why it was a central element in the Temple. And in the Third Temple, the ketoret will be natural, precisely as described in the Torah. It won’t be a petrochemical that smells the same.”