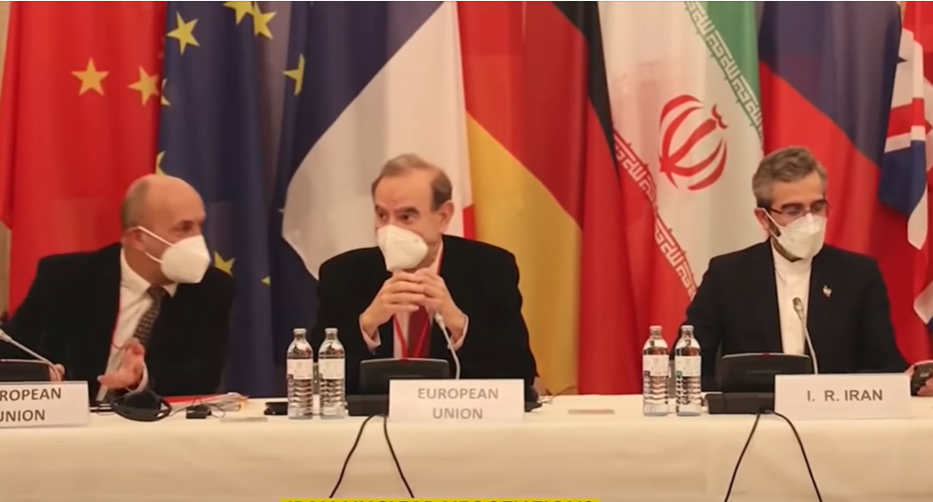 International Atomic Energy Agency Director Rafael Grossi said on Monday that Iran was “very close” to crossing the nuclear threshold, and that it “cannot be avoided” at this point.

Speaking at the IAEA’s Board of Governors meeting in Vienna, which runs until June 10, Grossi said, “Having a significant quantity [crossing the uranium enrichment threshold] does not mean having a bomb, but … this idea of crossing the line, it’s going to happen.”

According to an unnamed Israeli official, Grossi presented a report to the board showing that Iran effectively already has sufficient enriched uranium for three bombs.

“The report examined the original nuclear agreement. It shows a disturbing trend of uranium enrichment in large quantities, at high levels of 60% and 20% percent, and in large quantities. The total enriched material is defined as 3-SQ, which means a quantity sufficient for three nuclear bombs,” he said.

The IAEA’s week-long conference is expected to result in a resolution against Iran, which would be the first in two and a half years. France, Germany, the United Kingdom, and the United States have been discussing such a resolution, while China and Russia have warned this could upset negotiations designed to revive the 2015 nuclear deal, according to Iran International.

While such a resolution will not automatically result in the United Nations Security Council taking action, Grossi said on Monday that the IAEA must act, because there are too many questions Iran cannot or will not answer.

“Iran has not responded to questions posed by the IAEA—it can’t do it without blatantly lying and without being caught,” he said. For example, he continued, Iran has failed to provide credible explanations regarding past nuclear activity at undeclared sites.

“Iran has not provided explanations that are technically credible in relation to the Agency’s findings at three undeclared locations in Iran,” he said, according to Iran International.

“Nor has Iran informed the Agency of the current location, or locations, of the nuclear material and/or of the equipment contaminated with nuclear material, that was moved from Turquzabad in 2018,” he added.

Grossi told the board on Monday that he could not confirm Iran’s adherence to its “safeguards agreement” as a signatory of the Nuclear Non-Proliferation treaty “unless and until” Tehran provided “technically credible explanations for the presence of uranium particles of anthropogenic origin at Turquzabad, Varamin and ‘Marivan’ and informs the Agency of all current locations of the nuclear material and/or of the contaminated equipment.”

Israeli Prime Minister Naftali Bennett said on Tuesday that Israel “cannot accept” a situation in which Iran enriches uranium to 60% with impunity.

Addressing the Knesset Foreign Affairs and Defense Committee, Bennett said, “In recent years, Iran has crossed a series of red lines, especially in enriching uranium at a level of 60%—without a response, and the world goes on. Israel cannot—and will not—accept such a situation.”

He had clarified Israel’s position on the matter to Grossi during the IAEA director’s visit to Israel last week, said Bennett.

“Last Friday, I met with … Grossi and we discussed this. He came for a snap visit and I clarified Israel’s position, which is that we are acting, and will continue to reserve the freedom to take such action against the Iranian nuclear program as may be necessary, at any time, with or without an agreement. Nothing will tie our hands,” said Bennett. “We are not just saying this but are also upholding it,” he added.

“We expect that the IAEA Board of Governors will send a clear warning signal to the regime in Iran and clarify to it that if it continues with its policy of defiance in the nuclear sphere, they will pay a painful price for it. The days of immunity, in which Iran attacks Israel and spreads terrorism via its regional proxies but remains unscathed— are over,” he said.