I will bring them to My sacred mount And let them rejoice in My house of prayer. Their burnt offerings and sacrifices Shall be welcome on My mizbayach; For My House shall be called A house of prayer for all peoples.” 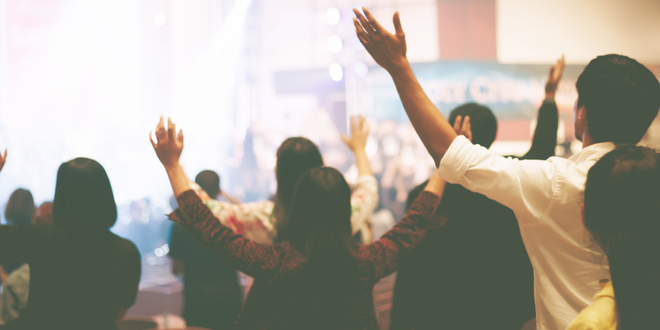 A new Pew survey revealed that the vast majority (70%) of evangelicals believe that the land of Israel was given to the Jews in the Biblical covenant with Abraham. Shockingly, this is more than twice the number of Jews (32%) who believe so. One rabbi believes that this symbolizes that pro-Israel Jews and Christians have more in common than they do with their less-Biblically oriented co-religionists.

Democrats and Democratic-leaning independents hold approximately equally positive views of the Israeli and Palestinian people (60% and 64% favorable, respectively) and rate Israel’s government on par with the Palestinian government (34% vs. 37%).

The issue is also divided along religious lines when considering a solution for the conflict between the Palestinians and Israel. 28% of white evangelical Protestants say the best outcome would be a single state with an Israeli government compared to 6% each of Catholics, White non-evangelical Protestants, and Black Protestants.

Significantly, 70% of white evangelicals say God gave the land that is now Israel to the Jewish people. Remarkably, this seems to show that far more Christians believe in the Jews’ covenantal right to the land of Israel than Jews.

Rabbi Pesach Wolicki, the executive director of the Center for Jewish-Christian Understanding and Cooperation (CJCUC),

“It is for sure true that the average evangelical believes in the covenant of Abraham more than the average liberal left-wing reform Jew,” Rabbi Wolicki said. “You are using an old-fashioned division regarding Israel that isn’t true anymore.”

Rabbi Wolicki emphasized that political partisanship represented belief systems that were not specific to a particular religion or divided along lines that divided Christians and Jews.

“The vast majority of Jews, along the lines of 75%, voted for Biden and identified as Democrats. But bear in mind that only 9% of American Jews are Orthodox. Among Orthodox Jews, 80% voted for Trump.”

There is a major disconnect between Orthodox Jews and non-Orthodox Jews. It is not a sliding scale or a matter of degrees of belief or observance. It is much more fundamental. They are two entirely different and unrelated paradigms.”

“A Bible-believing Christian has much more in common in their world view with an Orthodox Jew than either of them has with most non-Orthodox Jews.”

“Among the Christians, there is a mitigating factor that would allow them to believe in a God-given Bible but not Israel being given to the Jews by God. There is a significant strain of Christian theology from time immemorial called replacement theology that believes that the Bible was divinely given, but the Jews no longer have a place in the Covenant. Jews don’t have a theological construct that allows for the divinity of the Bible but not of Israel for the Jews.”

“The political implications of whether or not people have a Biblical world view vis a vis Israel and the Jewish people are immense. There is no doubt that this is behind the move away from strong support for Israel that we see in the liberal Jewish community. The vast majority of Jews in America do not have traditional faith in the Bible or God’s promises, so they are moving away from this politically.”

“This means that the Jews who care about Israel have to realize that, unfortunately, our support and allies will not come from our non-Orthodox Jewish brethren. Israel’s allies will be the Christians who share our Biblical worldview.”

I know many Christians who are yearning for a House of Prayer for all nations in Jerusalem, but I wonder how many Reform and Conservative Jews share that vision with me,” Rabbi Wolicki concluded.