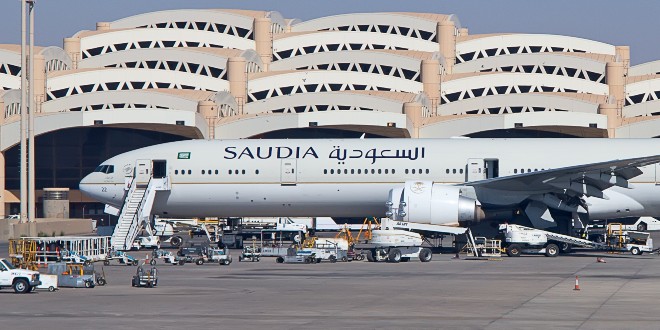 A ban has been lifted, and Israelis can now enter Saudi Arabia, creating a flood of business opportunities and cementing relations between Israel and yet another Arab-Muslim country. According to reports, dozens of Israeli businessmen have already jumped on this opportunity and traveled to the Saudi empire. In addition, international travelers can now visit Saudi Arabia with an Israeli stamp on their passports.

Globes reported on Monday that these visits have “resulted in two multimillion-dollar desert agriculture deals, in addition to a medical equipment contract.” Another report stated that the Saudi business community and investment firms have been seeking investments in Israel. Israeli water technology (essential for the Saudi Arabian desert climate), Israeli agricultural technologies, and medical devices (Medtech) are particularly compelling to the Saudis.

The Wall Street Journal recently reported that the Saudi Public Investment Fund invested $2 billion in a private equity fund set up by Jared Kushner, son-in-law of Donald Trump. The $3 billion fund targets investment in Israeli advanced technology companies. The Saudis have also invested in Israeli start-ups operating in the US that have agreements with the US defense establishment, including cyber companies Zimperium and Cybereason, via the investment fund of Steven Mnuchin, a former Trump administration official.

Though the official policy has just been instituted, Globes reported that Saudi Arabia has been permitting Israeli businesspeople to enter its territory on Israeli passports with special entry visas. These were mainly representatives and managers of Israeli technology companies invited by the Saudis.

It should be noted that Israel and Saudi Arabia have never established diplomatic relations. This changed dramatically after Obama brokered the Joint Comprehensive Plan of Action (JCPOA) Iran nuclear deal in 2015, reviving the Iranian economy and jump-starting the Islamic regime’s regional expansionism. The Biden administration’s policy further exacerbated this, which hindered the Saudi defensive efforts against the Houthi rebels in Yemen. The Houthis, an Iranian proxy, have launched numerous destructive drone strikes targeting civilian targets in Saudi Arabia.

Several reports have indicated that Israeli security systems are being sold to Saudi Arabia.

Globes cited a “source familiar with the matter,” claiming that normalization between Israel and Saudi Arabia has been in the works for two decades behind the scenes through companies registered in Europe or other countries.

The United States is mediating between Israel, Saudi Arabia, and Egypt towards normalization of relations. In 2020, then-Prime Minister Benjamin Netanyahu visited Neom, a high-tech city being built not far from the Red Sea coast, and along with the then-US secretary of state, Mike Pompeo, met with Saudi Crown Prince Mohammed bin Salman.

The Saudis have been shifting on the issue of the Palestinians. Traditionally, the Saudi government has supported the Palestinians, but this has changed on social media, focusing on images of Palestinian violence.

And Yitzchak and Ishmael, his sons, buried him in the cave of Machpelah, in the field of Ephron, the son of Zohar the Hittite, which is before Mamre. Genesis 25:9

Rabbi Shlomo Yitzchaki, the preeminent medieval French commentator on the Torah known by the acronym Rashi, interprets this verse to mean that Ishmael should have come first since he is older. Ishmael made peace with Isaac, allowing his younger half-brother to precede him at the funeral because he realized the spiritual superiority of Isaac. Rabbi Singer notes that the Talmud in Baba Batra (16b) predicts that this will have implications for the end of days.