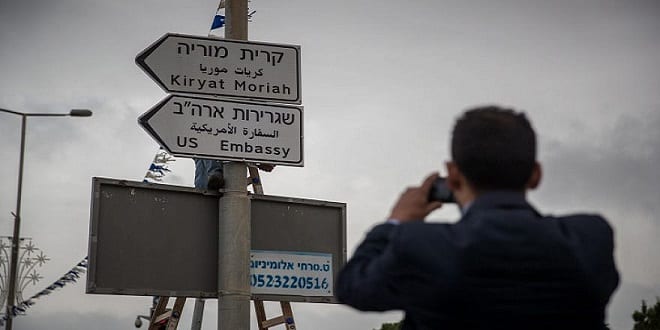 In a briefing on Tuesday, Ned Price, the spokesman for the Biden administration’s Department of State, was asked to comment on reports that they have permanently shelved plans to reopen the consulate in the eastern part of Jerusalem. Price responded that the reports were inaccurate:

“I don’t have any personnel announcements to preview,” Price said, prefacing his statements. “What I can say is that at least part of your question or part of the premise you put forward is not accurate. We remain committed to opening a consulate in Jerusalem. We continue to believe it can be an important way for our country to engage with and provide support to the Palestinian people. We’re continuing to discuss this with our Israeli and our Palestinian partners, and we’ll continue to consult with members of Congress as well. Meanwhile, at this very moment, we have a dedicated team of colleagues working in Jerusalem, in our Palestinian Affairs Office, focused on engagement with and outreach to the Palestinian people.”

Price was responding to a report in the Times of Israel on Sunday that cited two US and Palestinian officials who said that  Biden would elevate Deputy Assistant Secretary of State for Israeli and Palestinian Affairs Hady Amr to the role of special envoy to the Palestinians. Amr will remain in Washington but will make regular trips to the region and work closely with the Palestinian Affairs Unit, a branch within the US Embassy to Israel and housed in the old Jerusalem consulate building on Agron Street.

The Palestinian Affairs Department used to operate independently from the embassy and served effectively as a diplomatic mission to the Palestinian Authority from inside Jerusalem until President Trump closed that department in 2019 and moved it to the new embassy, placing it under the auspices of the US Ambassador to Israel.

Biden has made the Palestinian Affairs Unit independent once again. If it is moved to its former location in Jerusalem (as Price said it would), it will operate once again as a de facto embassy to the PA from inside Jerusalem.

The Israeli government strongly opposes the plan saying that it could be understood. Israeli authorities proposed that the US reopen the mission in Ramallah or Abu Dis, but the PA rejected these ideas.

De facto approval of a Palestinian capital in Jerusalem and a unilateral move by the Biden administration to implement that aspect of the Two-State Solution without the consent of the Israeli government.

“The US does not have the legal authority to establish or expand a consulate in Jerusalem without Israel’s consent,” Zell said. “That is international law. They understand that. When the controversy came up one year ago, I was one of the people fighting it. They can’t open a consulate to the Palestinians in Israel without the Israeli government’s consent. The Israeli government said no, so that is why they didn’t do it.”

“The Biden administration is going to upgrade the Special Department for Palestinian Affairs run by Hady Amr and disconnect this department from reporting to theUS Ambassador to Israel. These are internal moves that the Biden administration can do without Israel’s cooperation or consent. Israel’s argument could be that they are effectively opening a de facto consulate to the PA without actually calling it that or going through the proper procedures to open up such a consulate inside Israel.”

“This would entirely undo everything Trump accomplished. Not only did he move the physical embassy and close the consulate, but no less important was the fact that all US diplomatic personnel in Israel then had to report to the US Ambassador to Israel.”

“The State Department is trying to use a back door loophole to establish a Palestinian consulate in Jerusalem which is something they couldn’t do through the front door by negotiating with the Israeli government,” Zell concluded. “It is not illegal but hugely disrespectful to Israel.”

Price’s announcement comes just a few weeks before a planned visit by Biden to Israel. He plans to visit eastern Jerusalem unaccompanied by Israeli officials, a move that is also considered approval of a PA capital in Jerusalem.