But Rut replied, “Do not urge me to leave you, to turn back and not follow you. For wherever you go, I will go; wherever you lodge, I will lodge; your people shall be my people, and your God my God. 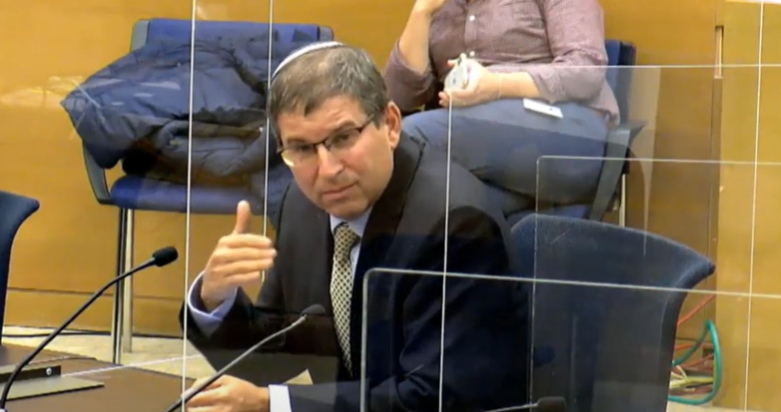 Last Shabbat, 120 Orthodox Jewish communities in Israel and around the world dedicated the day to gentiles who converted to Judaism in an event titled Ve’ahaevtem (and you shall love them). Significantly, the event precedes the holiday of Shavuot, when the book of Ruth is read, relating the story of how a non-Jewish woman from Moab converted, joined the Jewish people, and became the matriarch of the Davidic dynasty and the mother of the Messiah.

Rabbi Seth Farber founded Itim in 2002 after observing that the Israeli government institutions that administer matters of Jewish life like marriage and conversion were disrespectful, unresponsive, or exclusionary. A significant part of this was helping people navigate Israel’s religious bureaucracy in every State-administered issue of Jewish life—from birth to burial. His organization is focused on addressing a growing crisis in Israel.

“There are more than 580,000 people who made aliyah as Jews, mostly from the former Soviet Union, but they are not considered halachically Jewish,” Rabbi Farber explained. According to halacha (Jewish law), Jewish status is matriarchal, defined by the mother’s status. According to the father, the situation became even more confused as the Russian government defines a person’s ethnicity.

“Jewish law prohibits proselytizing, and gentiles wishing to convert are actively discouraged. We are offering them the opportunity to pursue Orthodox conversion if they want. A lot of these people have strong Jewish identities, even growing up as Jews. In some cases, three out of four of the grandparents are Jewish, and they went to Jewish schools and synagogues.”

By 2015, the issue of conversion to Judaism was reaching a point of crisis in Israel due to the government’s insufficient and exclusionary approach to potential converts—especially immigrants from the former Soviet Union. To address this, ITIM established the Giyur K’Halacha Conversion Court Network to provide Israeli citizens who wish to join the Jewish people with a meaningful, supportive, and inclusive way to do so. Giyur K’Halacha has quickly become the leading Orthodox, non-governmental conversion program in the country.

To raise awareness of this crisis, Rabbi Farber organized a Shabbat in which 120 communities around the world would express their appreciation for this under-appreciated segment of Jewish society.  In some of the communities, converts spoke, sharing their journey to join the Jewish people. In other communities, the rabbis spoke, reinforcing the mitzvah (Torah commandment) of loving the convert.

“There are three types of love we are commanded in the Torah,” Rabbi Farber explained. “Loving God, loving your fellow man, and loving the convert or stranger. It is important to note that the Torah mentions the commandment ‘to love the convert’ 36 times. We must welcome the stranger, provide and care for the stranger, and not oppress the stranger because, as Jews, we can so strongly identify with the convert. We were once strangers in the land of Egypt. We know what it’s like to be a stranger in a strange land.”

Most synagogues held the event on Shabbat on May 29, but some communities will be holding their event on June 4, timed to precede the holiday of Shavuoth when the Book of Ruth is read in synagogues. Ruth, a woman from Moab, converted to Judaism in a simple ceremony that was encapsulated in one simple declaration of unity with the Jewish people:

“Do not urge me to leave you, to turn back and not follow you. For wherever you go, I will go; wherever you lodge, I will lodge; your people shall be my people, and your God my God. Where you die, I will die, and there I will be buried. Thus and more may Hashem do to me if anything but death parts me from you.” Ruth 1:16-17

Rabbi Farber sees this modern phenomenon as bringing thousands of converts to Israel as part of the Final Redemption.

“We’ve never had to deal with this since the days of King Solomon. These are people who are returning to the land and people of their ancestors, a totally unexpected manifestation of the ingathering of the exiles,” Rabbi Farber said. “It is absolutely unprecedented in the Orthodox community. This is a mitzvah that is unique to our generation. In North America, where the rates of intermarriage are so high, it is a great opportunity to open our doors and engage people who either want to join the Jewish people or already have some connection to the Jewish people. We should embrace this opportunity.”

“The last thing we want to do is proselytize,” Rabbi Farber said. He cited Rabbi Abraham Isaac Kook, the first Ashkenazi Chief Rabbi of British Mandatory Palestine. Rabbi Kook is considered a visionary and was the father of the religious Zionist movement.

“Rav Kook wrote that in the future, all conversions should be carried out in Israel,” Rabbi Farber said. “Judaism is a nation, not a religion. By converting in Israel, they not only bond with the people but also with the land.”

People who wish to connect with Itim can do so via their website.