Google refuses to recognize Cave of Patriarchs in Hebron

Home » Google refuses to recognize Cave of Patriarchs in Hebron 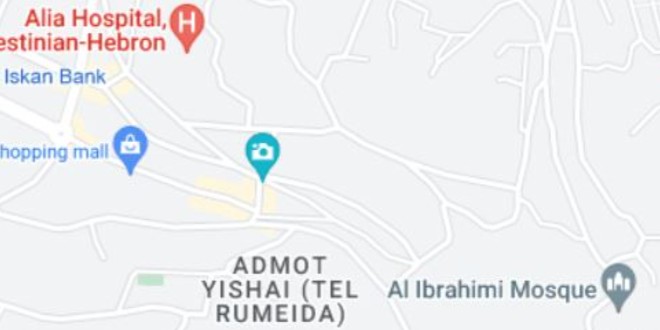 Its creators tout Google Maps as a web mapping platform, but it quickly establishes its reputation as an anti-Israel propaganda tool par excellence. A recent look at Hebron showed the city’s most significant feature, Maarat HaMachpela (the Cave of the Patriarchs), labeled as a Muslim holy site named Al Ibrahimi Mosque.

Throughout history, Hebron has been known as the cave location that Abraham, the Biblical patriarch of the Jews, purchased to bury Sarah, his wife, and the mother of the Jewish people.

And then Avraham buried his wife Sara in the cave of the field of Machpelah, facing Mamre—now Chevron—in the land of Canaan. Genesis 23:19

A search for “Machpela” on Google Maps brings up the result “Ibrahimi Mosque,” with no entry for the Jewish site.

By erasing the Biblical aspect of the site, Google is conforming to the anti-Israel narrative. In 2017, the United Nations became an ally in the Palestinian efforts to rewrite history when UNESCO declared the old city of Hebron in the West Bank as a Palestinian world heritage site and the Machpela. The declaration did not mention the city being conquered by Israel in 1967, nor did it mention any connection between the site and the Bible. Instead, it declared that the site was endangered and threatened by Israel.

Google Maps is also promoting replacement theology and cultural appropriation as the structure pictured as the Ibrahimi Mosque was built by King Herod, the king of Judea, in the First Century. The Byzantines took over the Jewish structure and converted it into a Church in the 6th century. It was captured by the Mamluks and converted to a mosque in the 7th century.

This would not be the first time Google Maps has forfeited accuracy and science to advance an anti-Israel narrative. Google Maps initially labeled the barrier erected by Israel to prevent Palestinian terrorism an “Apartheid wall.” A search for “Palestine,” a non-existent political entity, gives a general overview of Israel, describing it as “a de jure sovereign state in Western Asia” laying claim to the “West Bank” (i.e., Judea and Samaria) and Gaza. Pro-Palestinians groups have petitioned vigorously to have Palestine become an official entry on the site.

The aspect of the platform that allows users to make entries has led to some unfortunate events. Last year, a label identifying a site in West Jerusalem as “the capital of Palestine” suddenly appeared but was subsequently removed. In 2015, the Temple Mount was suddenly labeled “Death to the Jews.”