Israel Is Right – That Matters More Than Good PR

Home » Israel Is Right – That Matters More Than Good PR 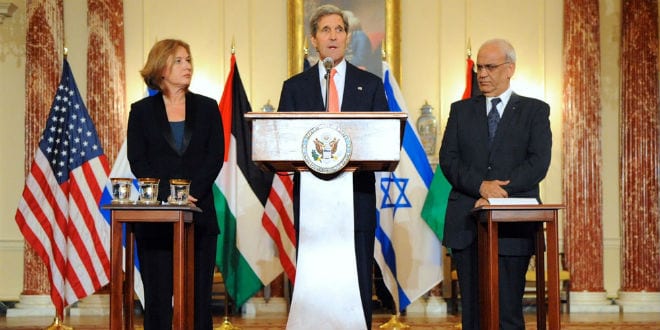 For a very very long time, I thought Israel’s Public Relations problems were a major problem for the State Of Israel. Having founded one of the largest PR agencies in the United States, I am well aware of the power of the media.  As I get older, I realize many in the media simply don’t care about the truth.

I also realize in many matters of war and peace, force matters most.  Does one really think Russia and Vladimir Putin care about truth and media?

Lets take Al Jazeera journalist Shireen Abu Akleh who was killed in Jenin on Wednesday.  Israel was blamed for her murder, following an exchange of fire between armed Palestinians and Israel Defense Forces soldiers.  Israel was working to protect the State of Israel from a wave of terror attacks that has taken the lives of 19 people in Israel since March.  While Israel called for a joint investigation, the Palestinian Authority refused to carry out a joint investigation into her death to discover whether the fatal bullet had been fired by an IDF soldier or by a Palestinian, who was trying to kill an Israeli.

As Prime Minister Naftali Bennett noted, “Palestinians in Jenin were even filmed boasting ‘We hit a soldier; he’s lying on the ground.’ However, no IDF soldier was injured, which raises the possibility that Palestinian terrorists were the ones who shot the journalist.”

Against that backdrop, the funeral of Abu Aqleh saw ugly conflicts between police and attendes of the funeral.

“On Friday, about 300 rioters arrived at Saint Joseph hospital in Jerusalem and prevented the family members from loading the coffin onto the hearse to travel to the cemetery – as had been planned and coordinated with the family in advance. Instead, the mob threatened the driver of the hearse and then proceeded to carry the coffin on an unplanned procession to the cemetery by foot.”

“This went against the wishes of the Abu-Akleh family and the security coordinations that had been planned to safeguard the large number of mourners. The Israel Police instructed that the coffin be returned to the hearse, as did the EU ambassador and Shireen Abu-Akleh’s own family, but the mob refused.”

“Israeli Police intervened to disperse the mob and prevent them from taking the coffin, so that the funeral could proceed as planned in accordance with the wishes of the family.”

“During the riot that was instigated by the mob, glass bottles and other objects were thrown, resulting in the injury of both mourners and Police officers,” the statement concluded.

US President Joe Biden called for an investigation and White House Press Secretary Jen Psaki described the footage from the funeral as “deeply disturbing”.

Simply, Zionist ideologue Ze’ev Jabotinsky had it right in 1911 in his essay “Go To Hell.”

As Jabotinsky noted in 1911, “Instead of excessive apology and instead of turning our backs to the accusers – as there is nothing to apologize for, and nobody to apologize to – it is long overdue to respond to all current and future accusations, reproaches, suspicions, slanders and denunciations by simply folding our arms and loudly, clearly, coldly and calmly answer,’Go to Hell!’

“Who are we, to make excuses to them; who are they to interrogate us? What is the purpose of this mock trial over the entire people where the sentence is known in advance? Our habit of constantly and zealously answering to any rabble has already done us a lot of harm and will do much more. The situation that has been created as a result, tragically confirms a well-known saying: ‘Qui s’excuse s’accuse’ (He who apologizes condemns himself).

“We think that our constant readiness to undergo a search without hesitation and to turn out our pockets will eventually convince mankind of our nobility; look what gentlemen we are–we do not have anything to hide! This is a terrible mistake. The real gentlemen are the people that will not allow anyone for any reason to search their apartments, their pockets or their souls. Only a person under surveillance is ready for a search at every moment. This is the only inevitable conclusion from our maniacal reaction to every reproach, to accept responsibility as a people for every action of a Jew, and to make excuses in front of everybody.

“I consider this system to be false at its very root. We are hated not because we are blamed for everything, but we are blamed for everything because we are not loved. We do not have to apologize for anything. We are a people as all other peoples; we do not have any intentions to be better than the rest. We do not have to account to anybody; we are not to sit for anybody’s examination and nobody is old enough to call on us to answer. We came before them. We are what we are, we are good for ourselves, we will not change and we do not want to.”

Israel as a nation is a modern miracle. The country survives and thrives with enemies intent on her destruction on her border.   The Palestinians wont agree to an investigation, and if the Palestinians ever wanted peace it would come. They are to blame for the violence. Period.