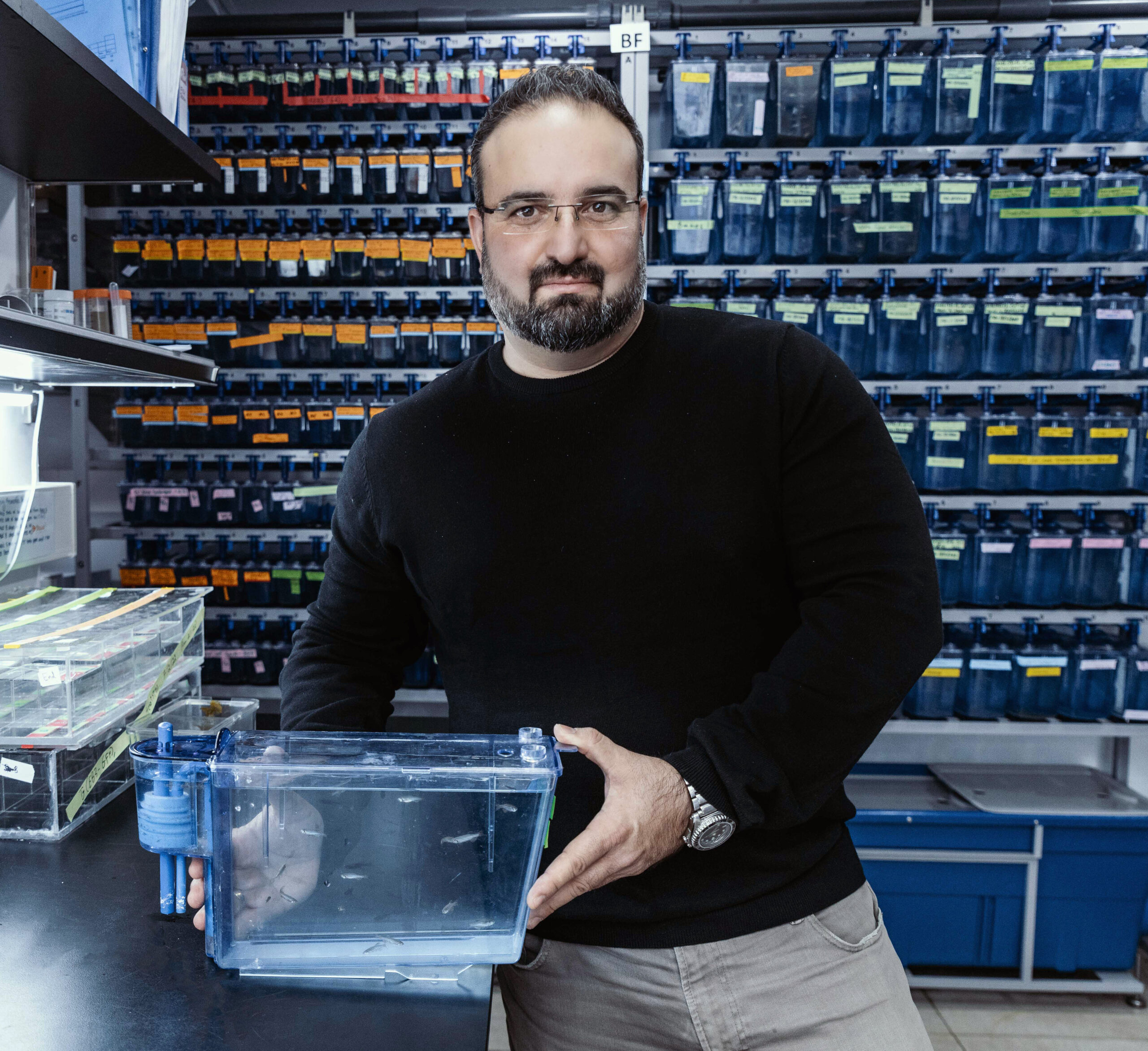 It’s strange to contemplate the fact that humans are similar to zebrafish (Danio rerio) – a popular aquarium fish native to freshwater habitats in South Asia. The similarity results from the fact that we share 70% of our genes with this little transparent, black-and-white-striped creature, making it an important and widely use model organism in scientific research

There are also numerous other similarities that make these fish an ideal animal model for the study of many human diseases and biological processes.  In the lab of Dr. Yaniv Elkouby at the Hebrew University of Jerusalem (HUJI)’s Faculty of Medicine, the focus is on the development of the immature egg cells (oocytes) of zebrafish.

Using unique research tools developed in his lab, researchers were able to watch in real-time as a cluster of oocytes progressed towards maturity. It was during one of these experiments that they saw a structure emerging from the cell that had never been noticed before. Looking like a twisted fiber called a cilium, it extended into the mass of surrounding eggs. Further research showed these cilia play an essential role in the chromosomal organization within oocytes.

In addition, they subsequently identified the same structure within the sperm cells of zebrafish and in mouse oocytes and sperm.  Their findings have just been published in the prestigious journal Science under the title “Biomechanical control of meiotic chromosomal bouquet and germ cell morphogenesis by the zygotene cilium.”

The discovery has implications for their role in human reproduction, said the authors. Failure of chromosomal organization within human egg and sperm cells results in miscarriages and infertility – but the mechanisms controlling these processes have not been understood. The discovery of a cilium that plays an essential role in controlling chromosomal organization could provide new insights.

Defects in cilia formation and function cause genetic disorders called ciliopathies, causing patients to have fertility problems and, in tragic cases, babies and children suffer from severe developmental disorders. These were attributed to the failure of other types of cilium.  The newly identified cilium provides an additional explanation for these deficiencies. “Identifying mechanisms moves medical research one step closer to finding solutions,” Elkouby declared.

He pointed out that to explore the function of these new cilia, his team had to apply and develop new advanced methodologies: “We used a repertory of methods, including advanced quantitative and live microscopy, innovative three-dimensional high-resolution imaging, ovary organ culture, manipulations using laser excision, and genetic analyses of multiple mutants.”

In this way, his team was able to identify that the newly identified cilium is connected to a “cable-system” within the cell that organizes the chromosomes by mechanically pulling on them.  This process is an essential part determining the formation of a fully functional egg that can give rise to healthy offspring. The external cilium anchors the entire cable-system machinery within the egg enabling the essential precise dynamics of the chromosomes to be achieved.

This groundbreaking research, said Elkouby, “was a real team-effort, which was co-led by two talented doctoral students: Avishag Mytlis and Vineet Kumar.  We also collaborated with the lab of our partner Dr. Sudipto Roy at the institute of Molecular and Cell Biology in Proteos, Singpore, and with the lab of Dr. Ruxandra Bachmann-Gagescu, University of Zurich.”