The Satanic Temple working to save Satanists in Ukraine

Hashem said to the Adversary, “Where have you been?” The Adversary answered Hashem, “I have been roaming all over the earth.”

Home » The Satanic Temple working to save Satanists in Ukraine 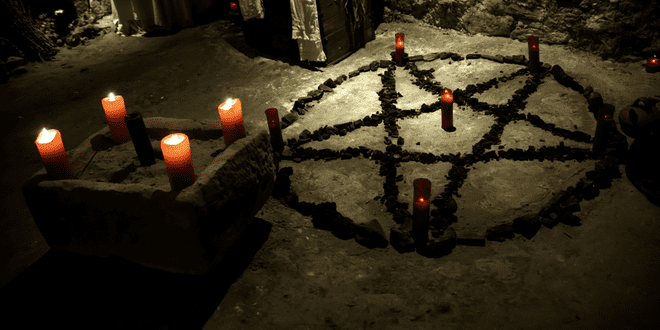 The Satanic Temple launched an effort to save fellow worshippers of Baphomet in war-torn Ukraine:

“As the humanitarian crisis in Ukraine continues unabated, The Satanic Temple is organizing its networks to ensure TST members trying to flee can reach safety,” the organization posted on its website. “By coordinating donations to pay for transport and accommodations, and strategically locating members who can physically aid refugees, we are doing what we can to assist our members who are caught in the conflict.”

The site called for Ukrainian Satanists to contact them.

TST is using its network to gather donations and assist with providing housing and other on-the-ground aid. We have successfully secured transportation and living accommodations for several members living in Ukraine.

Jack Matirko, formerly associated with the  Ukrainian Greek Catholic Church and now an advocate for The Satanic Temple, covered the story for Only Sky Media.

“While it is taken for granted that larger religious organizations will be offering aid to members of their communities who need help, we rarely focus on the plights of members of severely marginalized religions, such as Satanism,” Matirko wrote.

Though it is unknown how many, or even if there are any Satanists in Ukraine, Russia has accused several members of the Ukrainian government of worshipping the devil. In 2014, Rossia 24, a state-owned Russian news channel, accused Ukrainian Prime Minister Arseniy Yatsenyuk and parliament speaker Oleksandr Turchynov of allying with Satanists in a plot to destroy the Russian Orthodox Church. The report claimed that the group had received permission from local authorities to build a church, focusing on footage of a lamb that is apparently about to be slaughtered in a ritual sacrifice. As a Baptist, Turchynov drew suspicion. Yatsenyuk was even worse, accused of practicing Scientology, which the Russian government does not recognize.

It should be noted that there are Satanists on both sides of the conflict. The Satanic Church of Russia began operating in 2013 and received legal recognition on May 10, 2016