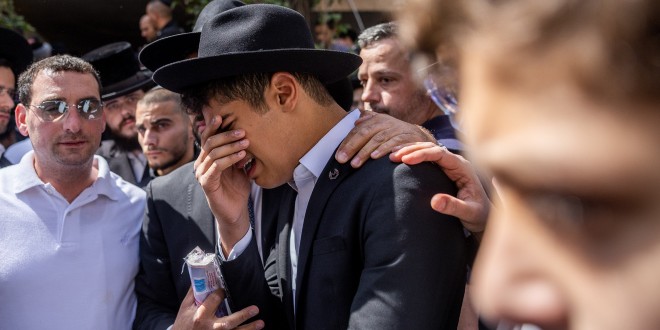 It only took only two days for Palestinian Media Watch’s assessment to be proven correct – that Mahmoud Abbas’ condemnation of the recent Palestinian terror was “insincere,” and not an honest statement rejecting terror.

On Saturday morning, Israeli soldiers killed three Palestinian terrorists who were on their way to an Israeli city to commit a major terror attack. One of the terrorists Seif Abu Libdeh wrote a long farewell letter – which he read in front of a camera and then placed in their car, assuming it would be found by the Israeli army after their attack. The Islamic Jihad terror organization publicized the video after the terrorists were killed.

In the note he wrote of his motivation to commit a terror attack and die as a Martyr:

“I, the humble servant of Allah… Seif Hifzi Abu Libdeh… I surrender my soul easily for the sake of Allah, for the liberation of Muslim Palestine, from the defilement of the attacking Jews.”

In spite of this clear evidence that these men were terrorists with intention to murder Israelis, the two top PA leaders, Chairman Mahmoud Abbas (via his spokesman) and Prime Minister Muhammad Shtayyeh both joined Islamic Jihad and Hamas in condemning Israel’s prevention of the terror attack, as a “premeditated attack,” an “extrajudicial murder,” a “horrific crime” and a “flagrant challenge to… international law”:

“Nabil Abu Rudeineh, spokesman for President Mahmoud Abbas, strongly condemned today the recent Israeli escalation which coincided with the beginning of the holy month of Ramadan, warning that this escalation could lead to an explosion of the situation.

Last night, a special unit of the Israeli occupation army shot and killed three Palestinian young men near the town of Arraba, to the south of Jenin city in the north of the West Bank… ‘Israel carries out this premeditated attack, which led to the killing of three civilians at predawn today in Jenin,’ said Abu Rudeineh.

“Prime Minister Mohammad Shtayyeh condemned the Israeli army killing earlier today of three Palestinians near the northern West Bank city of Jenin. He described it as ‘extrajudicial murder’ and a ‘horrific crime’, demanding that the perpetrators of this crime and other similar earlier ones be held accountable before the International Criminal Court.”

The PA’s Foreign Ministry likewise condemned the killing of the terrorists:

“The [PA Foreign] Ministry condemned the occupation’s crimes in Jenin and Bethlehem, in which Sanad Abu Atiya, 17, Yazid Al-Sa’adi, 23 (i.e., terrorists, shot by Israeli soldiers), and Nidal Ja’afreh, 30 (i.e., terrorist, stabbed and wounded 1), died as Martyrs… The Ministry of Foreign Affairs held the Israeli government fully and directly responsible for the deliberate escalation and the violations and crimes against our people that will come as a result of it. It warned against its dangers and its catastrophic consequences.”

“The Zionist enemy committed and aggressive crime against three of our heroic Jihad fighters.” Hamas likewise condemned the killing calling it a “cowardly assassination.”

On Friday there was another Palestinian terror stabbing attack, this time on a bus, which left an Israeli critically injured. The terrorist was immediately shot and killed by an Israeli civilian on the bus. This killing of the terrorist during that attack was likewise criticized by the PA. Official PA TV distorted the news of his terror as follows:

“About an hour ago was announced the death as a Martyr of 30-year-old Nidal Ja’afira. The occupation forces executed him in cold blood.”

As PMW has been exposing and warning for months, the Palestinian Authority has been the driving force creating an atmosphere for terror, explicitly calling for terror. Therefore, any forced condemnations of terror attacks by the PA that are imposed on them by Israel and/or American pressure should be seen as meaningless.