When there is a dispute between men and they go to law, and a decision is rendered declaring the one in the right and the other in the wrong 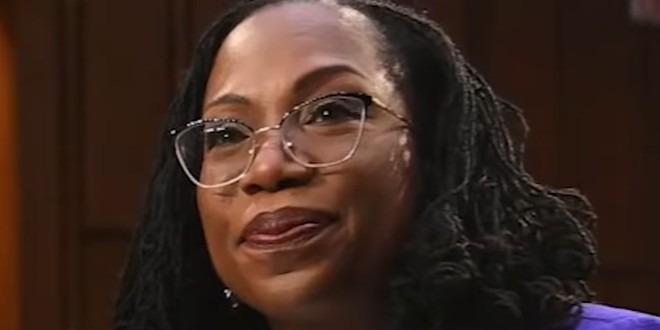 The “fact-checkers” and mainstream media went into full-defense mode as hearings began to confirm (or reject) the appointment of Judge Ketanji Brown Jackson to the Supreme Court, working to discredit valid questions about her record.

Just as concerning is Jackson’s opinions on abortion. Pro-life advocates have described her as being radically pro-abortion, saying that her record on abortion “is so extreme that horrifying late-term abortions will again be in the news.”

Jackson has not ruled in a case concerning abortion; however, her opponents cite her ruling in McGuire v. Reilly. Carrie Severino, president of the Judicial Crisis Network, described Jackson’s her comments in the amicus brief on behalf of pro-abortion organizations in which she repeatedly disparaged the peaceful and often prayerful clinic protesters as engaging in “in-your-face” and “chaotic” activity that somehow fell short of “pure speech.”

“Ketanji Brown Jackson is backed by many of America’s most radical pro-abortion groups,” Susan B. Anthony List President Marjorie Dannenfelser said in a statement. “She is on record opposing the free speech rights of pro-life advocates pleading to save lives outside abortion centers and supporting the false claim that abortion is ‘health care.’ We have no doubt she will work with the most pro-abortion administration in history to enshrine abortion on demand nationwide in the law.”

In addition, Jackson’s opponents cite multiple decisions she made as a federal trial court judge that was reversed on appeal. She also has a record of being soft on crime. During her tenure as vice-chair of the United States Sentencing Commission, the Commission reduced its sentencing recommendations for crack-cocaine offenses, advocated the repeal of mandatory-minimum sentences, and raised concerns about demographic disparities in sentencing.

Biden pledged during the 2020 United States presidential election campaign to appoint a Black woman to the court should a vacancy occur. He fulfilled this promise when he nominated Brown to replace  Associate Justice, Stephen Breyer. The latter announced his retirement in January amidst rumors that he was pressured into the decision by members of the Democratic party. If confirmed, Jackson would be the first black woman to sit on the Supreme Court.