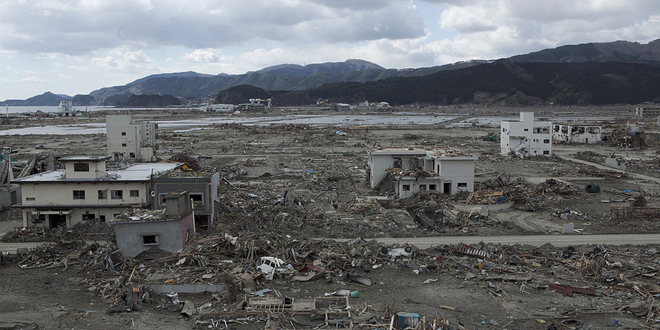 The quake was recorded at a magnitude of 7.3. In several areas, it was reported to have reached over six on Japan’s shaking intensity scale, making it too powerful for people to stand up.

The tremor was felt in the Miyagi and Fukushima regions – the exact location as the infamous 2011 nuclear disaster, which was also caused by an earthquake and subsequent tsunami. Power cuts were reported in the nation’s capital, Tokyo.

It should also be noted that massive earthquakes in Israel are also part of the prophesied end-of-days. These earthquakes will be so severe as to cause geographic changes in the Temple Mount, requiring the construction of an entirely new city. The quakes will cause springs of water to burst forth around Jerusalem, bringing about the prophecy in Zechariah.

In addition to the aptly named Shofar/Teruah early warning system, Israel is also making practical preparations to make the final pre-Messiah earthquakes slightly less devastating. In 2005, the Israeli government initiated the TAMA 38 plan, encouraging residents to strengthen their buildings’ structures. But it currently takes 3-5 years for a building to be approved under the TAMA program. According to Kan, since 2005, only 27,000 buildings have been reinforced under the plan.

Israel’s Jordan Valley and Dead Sea are part of the Syrian-African Rift Valley, which stretches from Lebanon’s Beqaa Valley to Mozambique in Southeastern Africa. Large earthquakes usually hit Israel approximately once every 90 years and there is concern that another one is due – considering that the most recent one occurred in 1927. That event saw more than 400 people killed and extensive damage to buildings in Jerusalem and Hebron.