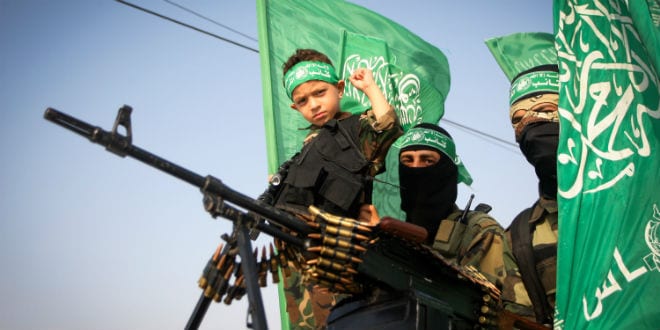 The Israelis “are evil” – that’s the simple message a Palestinian psychologist suggests mothers offer their children when they need to explain why the children’s imprisoned terrorist fathers “can’t leave prison.”

This false explanation fits in with the rest of the PA narrative that terrorists are heroes and, in PA Chairman Abbas’ words, “the most sanctified we have.” In other words, Palestinian terrorist prisoners – among them mass murderers – have done nothing wrong, rather they are victims of the “evil” Israelis:

Director of the Treatment and Rehabilitation Center for Victims of Torture, Psychologist Khader Rasras: “We can explain to [the prisoner’s child] what it means that your father can’t leave prison. Like sometimes I [as your mother] don’t let you leave the house. But I don’t let you leave the house because I love you and am concerned about you. [The Israelis] don’t let him leave because they are evil. They do not respect people’s rights, or human rights in general.”

It is likely that many mothers will follow psychologist Khader Rasras’ advice, especially given that he is presented as an authority figure on official PA TV. After receiving this incitement, the terrorists’ children may grow up with a desire to take revenge on Israelis for the “evil” inflicted against their fathers, and will choose to engage in terror and follow in their fathers’ footsteps. This is a prime example of how the seeds of terror are planted.

The statement by Rasras also lines up with the PA’s libel about Israel’s alleged “medical neglect” of the terrorist prisoners, exposed by Palestinian Media Watch. According to the libel, Israel is said to be deliberately leaving the terrorist prisoners to suffer from untreated diseases, intentionally making them ill, and even using them as guinea pigs to test new medicines.

Rasras runs the Treatment and Rehabilitation Center for Victims of Torture, which is supported by, among others, the Office of the High Commissioner for Human Rights (UN Human Rights), UN Women, and Médecins Sans Frontières (MSF – Doctors without Borders).