Israeli researchers: These investments are causing a reduction in donations to charitable causes

May Hashem in turn show you true faithfulness; and I too will reward you generously because you performed this act.

Home » Israeli researchers: These investments are causing a reduction in donations to charitable causes 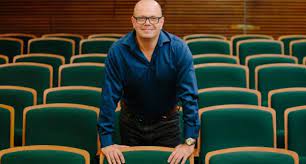 In recent years, investment firms have been encouraging customers to invest in social projects – Environment, Society and Government, or ESGs) as a way for investors to make profits while making a social impact.

Socially responsible investing has taken the world by storm, and providers and investors alike are scrambling to jump aboard the sustainable bandwagon. In 2018, global social investment assets exceeded $30 trillion, an increase of 34% since 2016.

During this same period, in the U.S., total donations to nonprofits – the traditional avenue for advancing social goals – dropped 1.1 percent to about $300 billion. Until now, the causal link between the popularity of social investments and the decline in charitable giving has not been examined.

Since the Russian invasion of Ukraine, resulting in the deaths of thousands of civilians of all ages and soldiers, companies have divested Russian investments and businesses to force the invaders to stop the war.

In first-of-its-kind research, a new Tel Aviv University (TAU) examined whether there is a connection between the rapid growth of investment in social investment funds and the decrease in donations to charitable organizations. The researchers studied the actual investment behavior of about 10,000 clients of an investment app and found that investors switching to a recently introduced social fund reduced their donations, mainly in charities supporting causes similar to those of the social fund.

But the researchers also found that most of the investors in the social funds had not previously donated to charities, so, looking at the big picture, social funds entice more people to fund social causes.

The study was conducted by Dr. Shai Levi and Prof. Shai Danziger of TAU’s Coller School of Management, in collaboration with Dr. Jake An of the Australian firm Raiz Investing and Prof. Donnel Briley of the University of Sydney. The study was published in the prestigious journal Management Science under “The Impact of Social Investing on Charitable Donations.”

In 2017, Raiz added the option of investing in an ESG social fund that puts money only in companies that meet specific standards of sustainability, social values ​​, and governance. Because the app is connected to users’ bank accounts, it was possible to monitor investors’ charitable donations before and after joining the fund.

Danziger noted that the findings are complex. “On the one hand, investment firms could use social funds as a marketing ploy to attract investors. For example, say you’re told the ESG fund invests only in companies with a low carbon footprint – that doesn’t mean that you’re investing in companies in the field of renewable energy. It can mean that you’re investing in technology giants like Apple, that is, companies that are not necessarily causing damage. Our findings show that after investing in a social fund, investors reduce their traditional contributions to environmental and social nonprofits.”

On the other hand, continued Danziger, since 79% of investors in the ESG fund did not make any charitable contributions before investing, the overall effect must be assessed. “Ultimately, the question is whether ESG contributions to society outweigh the decrease in investor donations that result from substitution. In our study, we estimate that overall, funds will positively impact society only if their annual contribution to social causes exceeds 3.2% of the balance invested. In practice, this is difficult to measure, and we don’t know whether the contribution of the social funds crosses this threshold, so it is not clear whether their impact on society is positive.”

The researchers concluded that “the trend that emerged from the study indicates that investors may replace charities with social funds. This could have a major impact on charities, which will lose a significant source of income and find it difficult to continue to function.”