Aharon shall carry the names of the sons of Yisrael on the breastpiece of decision over his heart, when he enters the sanctuary, for remembrance before Hashem at all times. 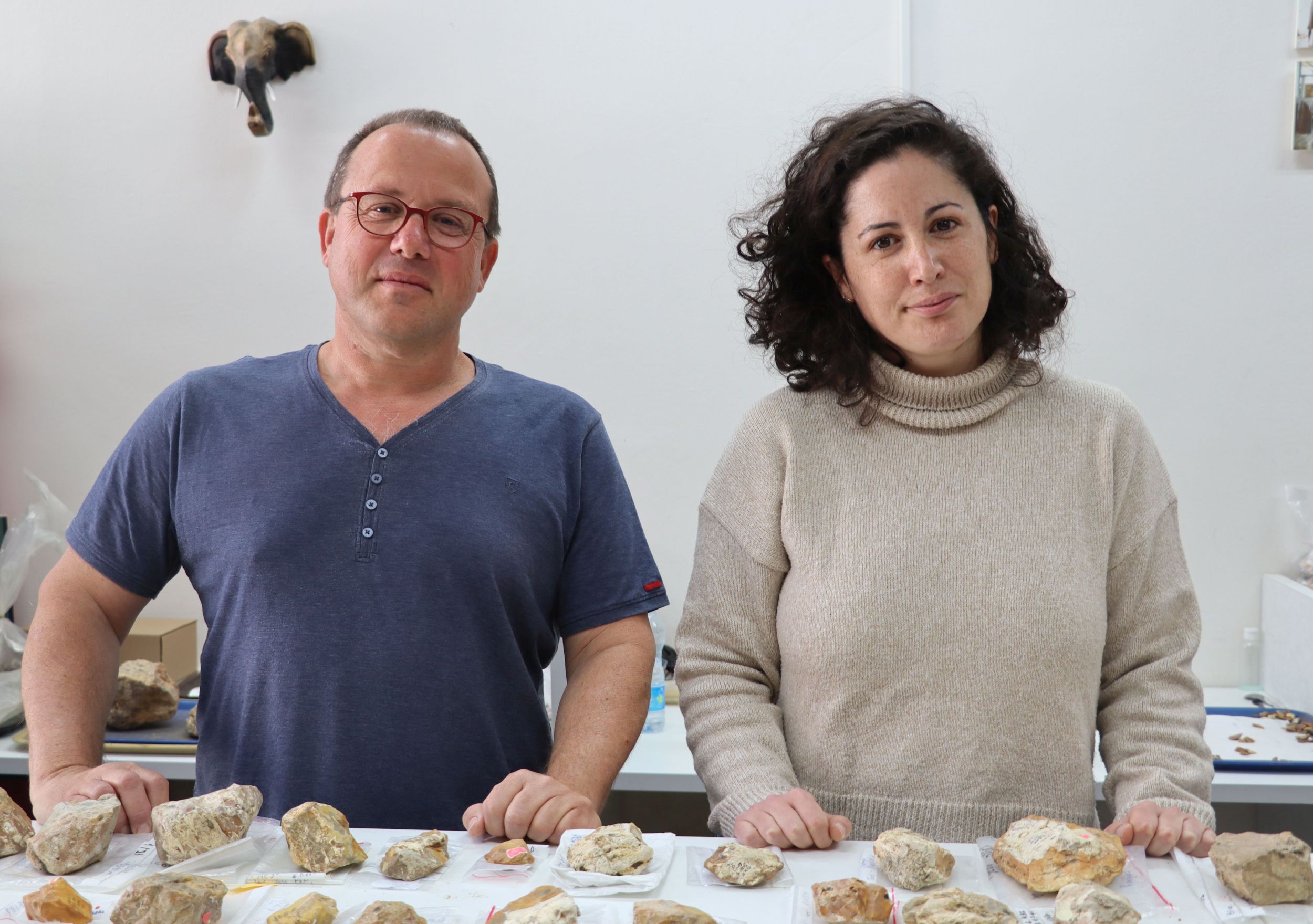 Prehistoric humans from 500,000 years ago didn’t preserve discarded stone tools only to make things with them. According to an archaeology team of at Tel Aviv University (TAU) in a first-of-its-kind study, they nostalgically recycled old stone tools because they gave significance to artifacts produced by their ancestors.

In the prehistoric world, much like today, these artifacts carried emotional significance – the memory of ancestors who had produced the tool or connection to a specific location. Ancient humans realized that by using these tools every day, they would preserve and even strengthen the memory.

After examining flint tools from one layer at the prehistoric site of Revadim in the south of Israel’s Coastal Plain, the researchers proposed a novel explanation – that prehistoric human, just like us, were collectors by nature and culture. The study suggested that they had an emotional urge to collect old human-made artefacts, mostly as a means for preserving the memory of their ancestors and maintaining their connectedness with place and time.

The study was led by doctoral student Bar Efrati and Prof. Ran Barkai of the Alkow Department of Archaeology and Ancient Near Eastern Cultures at TAU’ Entin Faculty of Humanities, in collaboration with Dr. Flavia Venditti from the University of Tubingen in Germany and Prof. Stella Nunziante Cesaro from the Sapienza University in Rome, Italy. The paper appeared in the prestigious scientific journal Scientific Reports (published by Nature) under the title “Function, life histories,

Efrati explains that stone tools with two lifecycles have been found at prehistoric sites all over the world, but the phenomenon has never been thoroughly investigated. In the current study the researchers focused on a specific layer at Revadim – a large, open-air, multi-layered site – dated to about 500,000 years ago. The rich findings at Revadim suggest that this was a popular spot in the prehistoric landscape, revisited over and over again by early humans drawn by an abundance of wildlife, including elephants. Moreover, the area is rich with good-quality flint, and most tools found at Revadim were in fact made of fresh flint.

“The big question is “why did they do it? Why did prehistoric humans collect and recycle actual tools originally produced, used and discarded by their predecessors, many years earlier? Scarcity of raw materials was clearly not the reason at Revadim, where good-quality flint is easy to come by, nor was the motivation merely functional, since the recycled tools were neither unusual in form nor uniquely suitable for any specific use,” said Efrati.

The key to identifying the recycled tools and understanding their history is the patina – a chemical coating which forms on flint when it is exposed to the elements for a long period of time. Thus, a discarded flint tool that lay on the ground for decades or centuries accumulated an easily identifiable layer of patina, which is different in both color and texture from the scars of a second cycle of processing that exposed the original color and texture of flint.

In the current study, 49 flint tools with two lifecycles were examined. Produced and used in their first lifecycle, these tools were abandoned, and years later, after accumulating a layer of patina, they were collected, reworked and used again. The individuals who recycled each tool removed the patina, exposing fresh flint, and shaped a new active edge. Both edges – the old and the new – were examined by the researchers under two kinds of microscopes and via various chemical analyses in search of use-wear marks and/or organic residues. In the case of 28 tools, use-wear marks were found on the old and/or new edges, and in 13 tools, organic residues were detected, evidence of contact with animal bones or fat.

Surprisingly, the tools had been used for very different purposes in their two lifecycles. The older edges primarily for cutting, and the newer edges for scraping (processing soft materials like leather and bone). Another baffling discovery was that in their second lifecycle the tools were reshaped in a very specific and minimal manner, preserving the original form of the tool, including its patina, and only slightly modifying the active edge.

Barkai noted that “based on our findings, we propose that prehistoric humans collected and recycled old tools because they attached significance to items made by their predecessors. Imagine a prehistoric human walking through the landscape 500,000 years ago, when an old stone tool catches his eye. The tool means something to him – it carries the memory of his ancestors or evokes a connection to a certain place. He picks it up and weighs it in his hands. The artifact pleases him, so he decides to take it ‘home.’ Understanding that daily use can preserve and even enhance the memory, he retouches the edge for his own use, but takes care not to alter the overall shape – in honor of the first manufacturer.”

In a modern analogy, he continued, “the prehistoric human may be likened to a young farmer still plowing his fields with his great-grandfather’s rusty old tractor, replacing parts now and then, but preserving the good old machine as is, because it symbolizes his family’s bond with the land. In fact, the more we study early humans, we learn to appreciate them, their intelligence and their capabilities. Moreover, we discover that they were not so different from us. This study suggests that collectors and the urge to collect may be as old as humankind. Just like us, our early ancestors attached great importance to old artifacts, preserving them as significant memory objects – a bond with older worlds and important places in the landscape.”