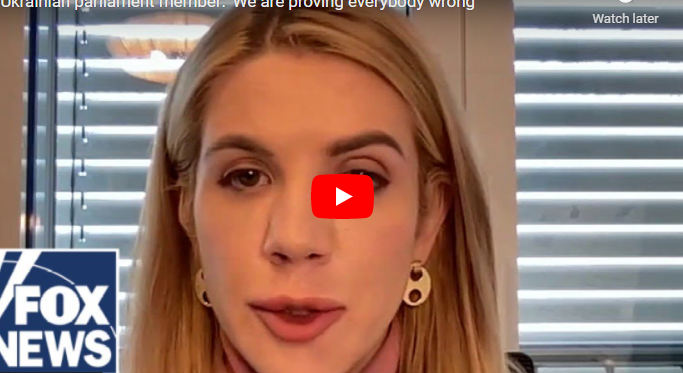 Is Ukraine the innocent victim in its conflict with Russia? The answer isn’t so simple.
That’s because casualties reported by mainstream media due to a Russian offensive were later discovered to be perpetrated by Ukrainian forces themselves.
One such example was the execution of Israeli national Roman Brodsky, 37, who was shot and killed while trying to escape the country. The media initially blamed Russia, but as it turns out, it was carried out by Ukrainian troops.
So does the Ukrainian government have a hidden agenda that the West refuses to discuss?
One Ukrainian official may have just revealed that this is precisely the case.
Ukrainian Parliament member Kira Rudik spoke with Fox News last week, Calling for a “New World order.”
When asked if she was surprised by the Ukrainian people’s will to fight, Rudik responded by saying that now is a “critical time because we fight for this New World Order.”

The ‘new world order is often associated with a covert globalist agenda to erse sovereignty and bring about a one-world government. This political ideology would be consistent with Ukraine’s desire to join the European Union, which Russia vehemently opposes.

That’s because the EU is known to be the driving force behind open borders in Europe and delineating state sovereignty. It can also explain why the entire western world had united against Russia over its invasion while remaining silent when other western countries invaded sovereign states, like when the US invaded Iraq during Operation Iraqi Freedom in 2003.