Appoint three men of each tribe; I will send them out to go through the country and write down a description of it for purposes of apportionment, and then come back to me. 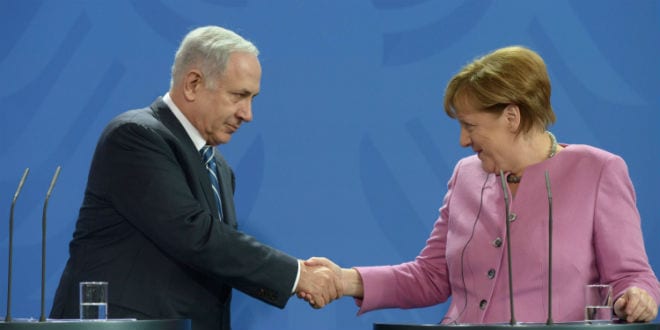 German chancellor Angela Merkel’s successor, newly-elected Chancellor Olaf Scholz, who will visit Israel on Wednesday, heralds a new era in German-Israeli ties. A new conducted in Israel and Germany by the European Forum of the Hebrew University of Jerusalem (HUJI) reveals a complex picture regarding Israeli perceptions of Germany, as well as German perceptions of Israel.

In Israel, affinity for Germany was tied to ethnic identification – Jewish or Arab. Among Israeli Jews, the perception of Germany was almost solely dependent on the respondent’s level of religiousness. The more religious were the Jews who responded, the attitude toward Germany was more negative. In Germany, the divisions tend to be between age groups, men and women, respondents from the former Eastern and Western parts of the country, and among respondents with and without a history of migration.

Criticism of Israel is not always regarded by Germans as an antisemitic act. As many as 66% of German respondents thought that Israel can be criticized without any connection to antisemitic attitudes.  In Israel, a majority did not necessarily regard criticism of Israel as a form of antisemitism, but they also felt that there can be, at least sometimes, a link between the two. Almost half of the Arab respondent did not make this connection at all.

The survey results showed that current Israeli-German relations will continue under the new German government.  A majority in both countries expect the new government to continue Chancellor Angela Merkel’s approach towards Israel to continue, including her assertion that ensuring Israel’s existence is in Germany’s national interest.

Asked about the possibility of Germany acting as a mediator between Israel and other countries in the Middle East, about half of the Israeli respondents said they would like to see Germany involved.  About the same percentage of respondents in Germany were favorable about their country serving in that role, while 40.5% were opposed. Younger German respondents – much more than older respondents – wanted their country to be diplomatically involved with Israel.

Only a minority visited each other’s countries. Just 30% of the Israeli respondents and 13.6% of the German respondents have actually visited the other country, and many of those who did have done so more than once. On the German side, most of the respondents who have visited Israel are from the western part of Germany, without a history of migration and are, on average, 63 years old.

Exposure to and knowledge of the other’s country and culture is quite limited.  Moreover, German respondents have difficulties distinguishing between Israeli and Jewish culture.

Prof. Gisela Dachs of HUJI’s European Forum and the principal author of the survey, believes that Israel and Germany are now at a critical stage in their bilateral relationship as a younger generation begins to take over the reins of every aspect of life in both countries. “We need to look to the future. History is a strong pillar but it fades away,” she explained, “The challenge is to build a shared future between Israel and Germany that is not founded only on a shared past.”  She plans to continue conducting similar surveys every two years so that changes in attitude and experience can be meaningfully tracked.

“The importance of this survey lies in the fact that we collected concrete data not only about what the respondents think but also what they actually do,” she continued.  The survey included questions about the frequency of travel to each other’s country and the ways in which respondents experienced each other’s culture. “Once you can identify a specific lack of knowledge, then you are in a better position to address it.” The survey therefore has implications, she said, for education and public policy by both governments.